Lessons we can extract from demographic data 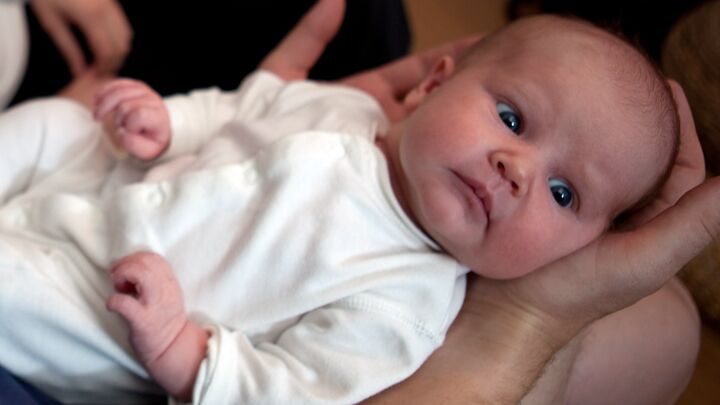 Lessons we can extract from demographic data

The world population is rapidly becoming more Muslim. Consider: Of the global population increase between 1970 and 2000, Muslims accounted for 26 percent; the developed world, just 9 percent. The shocking upshot of that disparity is this: While the proportion of Earth’s people living in the developed world shrunk from 30 percent to just over 20 percent, the percentage living in Muslim nations increased from 15 to 20. That’s right: In little more than a single generation, Muslim nations went from being only half as populous as developed nations to being virtually even. That is a seismic demographic shift.

But the shift is about to become even more dramatic. Given today’s low infant and child mortality rates, for a population to remain steady each woman needs to have, on average, only 2.1 children. In poorer or predominantly Muslim countries like Somalia, Niger, Afghanistan and Yemen, birth rates soar above six children per woman. Throughout the Western world, however, many countries have birthrates well below population-sustaining levels. Already, the only reason Europe’s current populace isn’t shrinking is its massive immigration—most of which is Muslim.

Reasonable people could draw a number of conclusions from these data. Mark Steyn, reporting these statistics in a January 4 column in Opinion Journal, went so far as to predict the demographic demise of the Western world as we know it. Bible prophecy offers a different picture: It says this present world simply won’t last long enough to see those trends play out.

It is not difficult to see how a materialistic society that exalts individual excellence and personal fulfillment is less inclined to dedicate itself to the sacrificial effort that large families demand. As men and women become educated and success-oriented, often their focus drifts away from family and children. Such was also the case within the greatest empires of old. As Phillip Longman wrote in the March-April 2006 Foreign Policy, “Like today’s modern, well-fed nations, both ancient Greece and Rome eventually found that their elites had lost interest in the often dreary chores of family life.” Then and today, Longman says, a society that becomes “cosmopolitan, fast-paced, and filled with new ideas, new peoples and new luxuries” is one that loses its sense “of the necessity of reproduction.”

Simply put, parenting requires a certain selflessness—a commodity in shorter and shorter supply in our world. The Apostle Paul prophesied that “in the last days perilous times shall come. For men shall be lovers of their own selves, covetous, boasters, proud … without natural affection …” (2 Timothy 3:1-3). Besides simply causing fewer people to choose to become parents, self-absorption also means that plenty of those who do become parents are too busy to invest the time and to acquire the education to rear children properly, which results in dysfunctional children and fractured parent-child relationships. These make the idea of having children even less attractive to the childless: The likelihood of failure seems too high to be worth the labor.

It is also worth noting the role of secularism in declining birth rates. The unbiblical view that sex is recreation for singles as much as for married people removes what was once a strong incentive to marry and start a family. Abortion, used disproportionately by more politically liberal and non-religious women, is the most vivid example of a factor that dramatically curbs births: In the U.S., one quarter of pregnancies are aborted; over the last 30 years abortions have prevented, in America alone, 47 million people from ever registering in population statistics. Ironically, these secularist trends don’t reproduce well demographically. In the U.S., those states that voted Democratic in 2004 had a 12 percent lower birth rate than those that voted Republican. In 18 years, these numbers would be reflected at ballot boxes.

Conversely, statistics reveal that religion is a powerful prod toward parenthood. Without religion, family is reduced to a relationship of convenience (which, realistically, it often is not). Religion, at its most basic level, tends to stress the value of stable families, of sexual fidelity, of the responsibility of a man to remain committed to his wife and children.

Beyond that is the spiritual component of family. The fact is that family is a God-ordained concept. God created romantic attraction; He created marriage—a lifelong commitment between a husband and wife. He designed the reproductive system and the nine-month gestation that gives two people time to prepare for the addition of another little family member. He fashioned children to grow up slowly, necessitating family life. Nowhere do you see a puppy or colt being looked after by its parents for 18 years before it is sent off on its own into the world—and then boomeranging back after four years because it still hasn’t found the right job.

God designed us to have to leave our parents in order to cleave to a mate and begin families of our own. Do you know why? All of these beautiful aspects of family have a spiritual dimension. There was design and purpose behind them that points to a brilliant spiritual reality that most people do not fathom! These are expounded in inspiring detail in our free book The Missing Dimension in Sex.

Modern forces that discourage parenthood are not just doomed demographically: They are going to go down when this world goes down. When God’s Kingdom is established, family will be exalted to the heights—the divinely ordained, self-reproducing institution that pictures the reality of a God Being who is reproducing Himself!