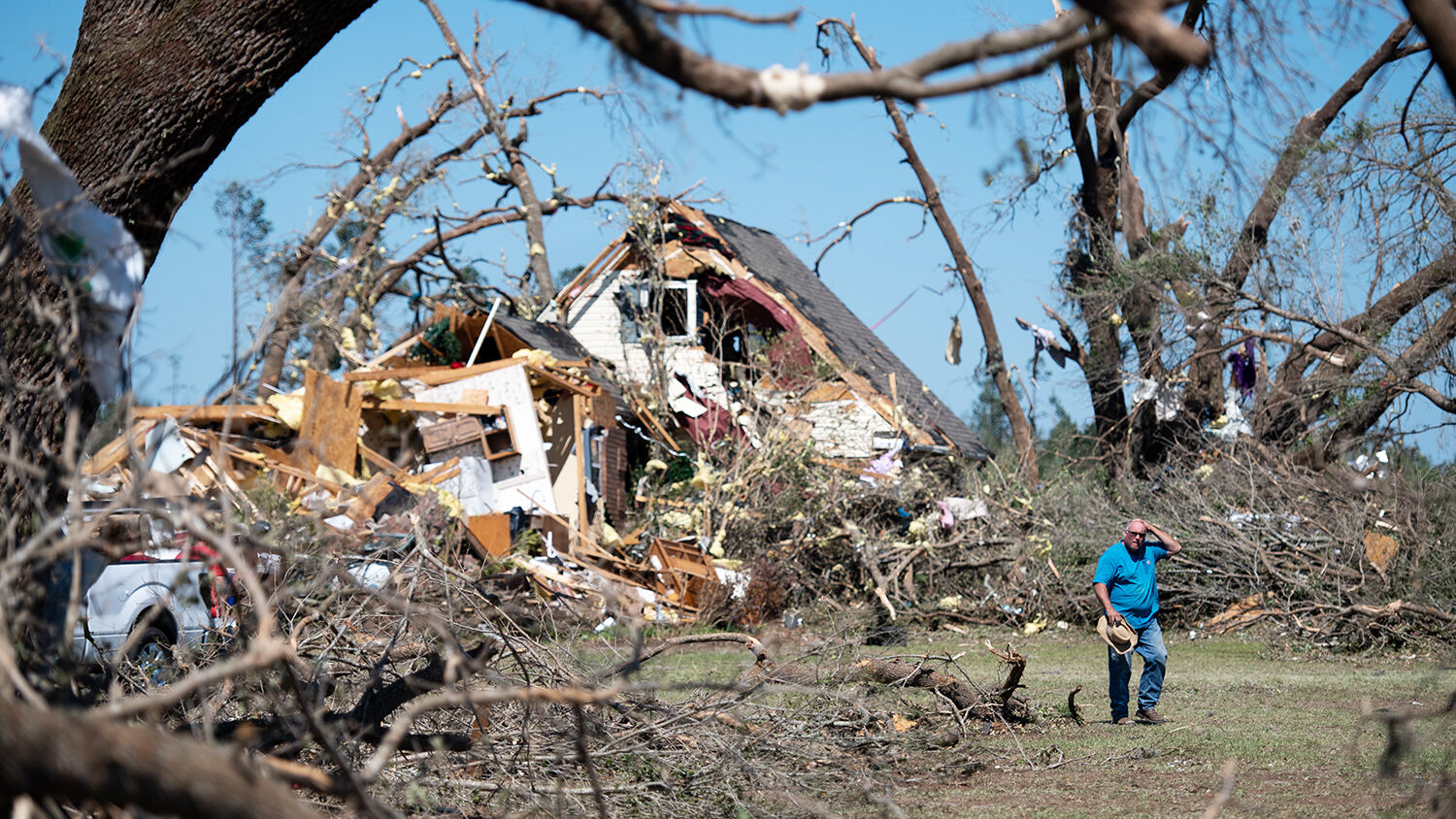 A man walks in front of a home destroyed by a tornado on April 13 near Nixville, South Carolina.
Sean Rayford/Getty Images

Where is God during times of suffering?

Tornadoes blasted through Alabama, Arkansas, the Carolinas, Georgia, Kentucky, Louisiana, Mississippi, Tennessee and Texas on April 11 and 12. They killed at least 18 and caused severe damage.

A tornado struck the main airport near Monroe, Louisiana, damaging several hangars and private jets. The city is Louisiana’s coronavirus hotspot, and officials are worried the disease may spread in the wake of the storm.

Strong storms pounded parts Louisiana on Sunday, damaging 200-300 homes, according to the mayor of Monroe.

The National Weather Service reported multiple tornadoes and damaging winds over much of the northern part of the state. https://t.co/ZEVHUIPucz pic.twitter.com/eM4gRKgmm2

Most states throughout the Southeast have major power outages and damage to residential buildings. In Georgia, at least six died.

The storms left 1 million people without power. As the system continues north, around 40 million on the eastern seaboard remain under a severe storm warning.

The devastation came as many were preparing to celebrate the mainstream Christian holiday of Easter.

Many are likely asking why God would allow such suffering—especially if this is a day He commands people to celebrate. Is God involved in these weather disasters?

Many people believe a loving God would never allow weather disasters to kill people; therefore, God can’t be real. Others blame God for these events and conclude that He is not a God of love. But what does the Bible say?

This is not God’s world. Its customs and religions, even mainstream Christianity, are not God’s. God gave mankind free moral agency in the Garden of Eden. They rejected Him, cutting themselves off from His guidance (Genesis 3:22-24). Since then, man has decided for himself what is right and wrong. (Request your free copy of Mystery of the Ages, by Herbert W. Armstrong, to learn more about this pivotal moment.) Mankind is living with the consequences.

Where is God in these weather disasters? We ask this question in our free booklet Why ‘Natural’ Disasters? “If you believe in God, what sort of God is He? Are natural disasters beyond His control? Is He unable to prevent them? Or, on the other hand, does He delight in watching people suffer?”

Is God involved? If so, why is He allowing millions of people to suffer and some to die?

God promises blessings, but only “[i]f ye walk in my statutes, and keep my commandments, and do them” (Leviticus 26:3). Today, America has forgotten God.

God uses the weather as a wake-up call to humanity. American essayist Ralph Waldo Emerson called it “God’s unlimited broadcasting station.” Out of love for mankind, God is trying to show him that disobedience brings curses. Far worse is coming if we fail to listen.

God does offer protection to all those who will turn to Him and repent of breaking His law. Jesus Christ will soon return and end weather disasters forever. But before that time, these deadly curses are prophesied to increase (Matthew 24:7).

Sin brings these consequences. But if you turn and live God’s way, He will protect you. Read our free booklet Why ‘Natural’ Disasters? to learn more.