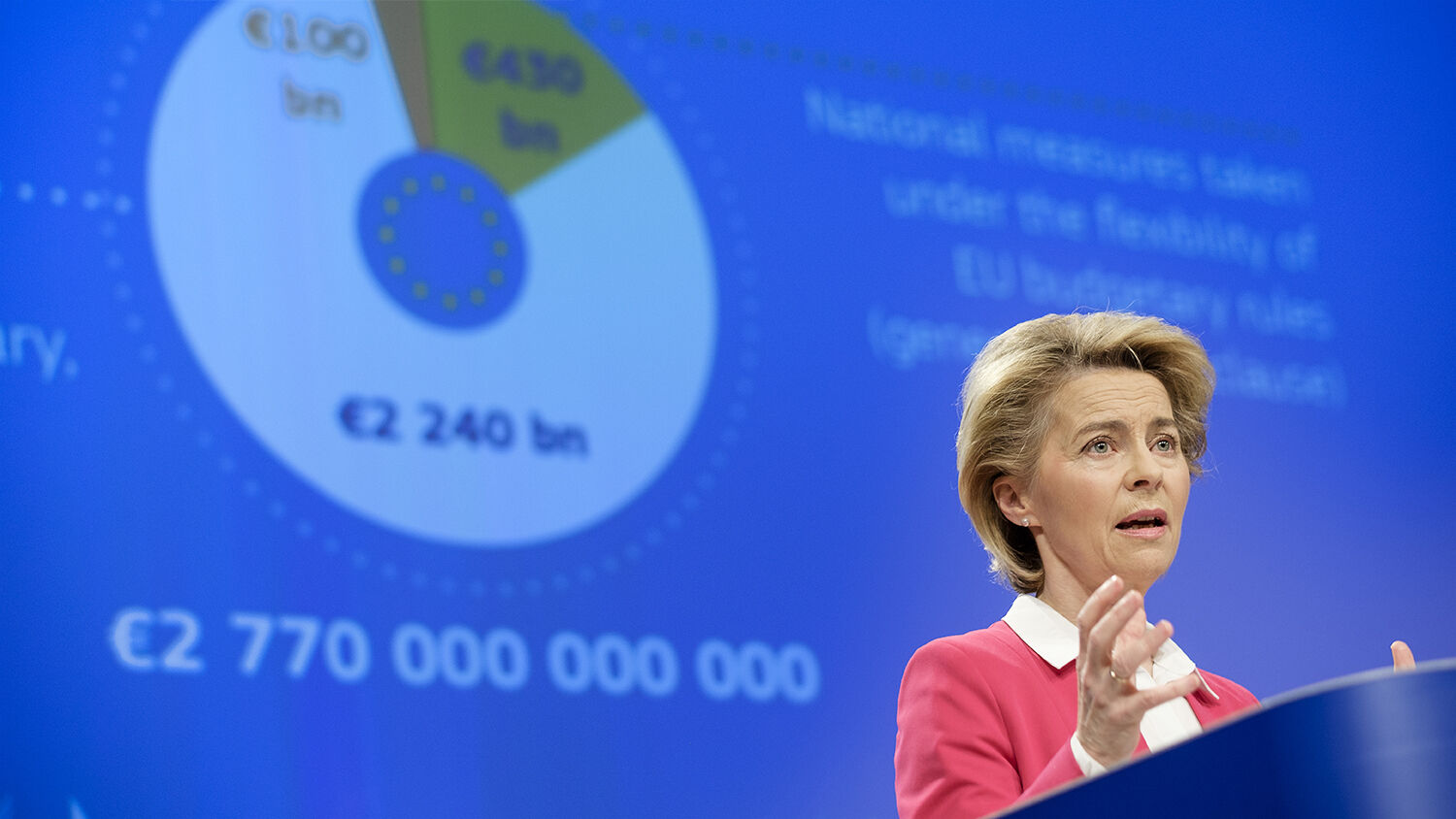 Will it save the Union?

Eurozone finance ministers agreed on April 9 to a coronavirus aid package of more than $1 trillion. After finance ministers failed at their first attempt to make a deal on April 7, France and Germany led the group to a face-saving agreement. Trouble is, it will likely fail to accomplish much.

Though heralded as a success by the media, it accomplishes very little, despite the astronomical numbers involved. “What was agreed … is well below macroeconomic relevance,” stated economist Wolfgang Münchau of Eurointelligence. It is likely that the finance ministers feared to further weaken confidence in their response, so they came to an agreement in principle. However, concrete interpretations are yet to emerge. This hollow, face-saving deal gives the appearance of action but delivers little. It’s a prime example of the “art of the fudge,” as Politico called it.

One of its more noteworthy proposals is a nearly $3 billion emergency support fund from the EU budget, which amounts to a microscopic 0.03 percent of the eurozone’s gross domestic product. Over $200 billion will be available as loans for businesses, while member states may receive more than $100 billion for unemployment insurance. However, these are only credits and will not have a major impact on the economy.

A “recovery fund” from the EU’s budget is the only component that will directly impact the economy and do the “heavy lifting,” according to Münchau. The rest of the deal is largely based on loans and credits instead of measures to restart the economy.

The European Central Bank rolled out a more than $800 billion Pandemic Emergency Purchase Program (pepp). This will allow national banks to buy bonds that are normally deemed too risky. Many do not have appropriate collateral or assurance of repayment in the event of a default. The ecb has taken on a lot of increased risk, and may end up with little to show for it.

It may stave off an immediate crisis. But in the end, this deal will not stop an economic reckoning.

As of April 14, Italian Prime Minister Giuseppe Conte had already rejected the main part of the deal, calling it a “trap.” He criticized the European Stability Mechanism, through which the crisis response will come, calling it “totally inadequate and improper.”

The European Commission activated an escape clause on March 20, which allows member states to depart “from the budgetary requirements that would normally apply under the European fiscal framework.” This allowed states to take on more debt than would typically be permissible under EU rules without risking fines. The problem is, many nations were already in debt. Not long ago, the European Commission was chastising Italy for its plan to run a larger budget deficit than ever. Italy’s debt-to-gdp ratio reached almost 135 percent in 2019. It will likely climb above 140 percent, which was forecast for the end of 2020 before the coronavirus struck. This is causing contention as other weak economies, such as Greece and Spain, seek more funding from strong savers like Germany and Finland.

Regardless of the ecb’s efforts, Europe’s economy will be transformed by the coronavirus crisis.

First, and most well known to our readers, is Europe’s unification. This was the signature message of our parent magazine the Plain Truth, founded by Herbert W. Armstrong. The Bible likens this rising world power to a deadly beast with seven heads and 10 horns (for more information, read Mr. Armstrong’s free booklet Who or What Is the Prophetic Beast?).

Before it becomes a powerful and unified force, Europe will be pared down to 10 leaders.

In an Aug. 14, 1978, letter to co-workers, Mr. Armstrong wrote that 10 leaders of Europe “will give all their military and monetary power to the central ruler over the ten ….” This means Europe’s political and financial system will have to be centralized. How could he make such a specific claim? Because that’s what the Bible prophesies. Describing the beast, it says, “And the ten horns which thou sawest are ten kings, which have received no kingdom as yet; but receive power as kings one hour with the beast” (Revelation 17:12).

An EU-wide fiscal response is one small step closer to what the Trumpet and the Plain Truth have warned about for decades.

As Mr. Armstrong wrote, centralized monetary authority is necessary for Europe to become a coherent power. That’s why God foretells that the unified European power will have only 10 leaders. They will act in unison to become an economic superpower—as well as a military one. How could this happen? “For God hath put in their hearts to fulfil his will, and to agree, and give their kingdom unto the beast, until the words of God shall be fulfilled” (verse 17).

In the long term, a financial crisis will help unify the prophesied 10 leaders. Mr. Armstrong warned that an economic crash in America “could suddenly result in triggering European nations to unite as a new world power larger than either the Soviet Union or the U.S. That, in turn, could bring on the Great Tribulation suddenly” (co-worker letter, July 22, 1984). This will lead to a German strongman in Europe (Daniel 8:23). It will bring a revived and united Europe briefly in world power.

“Will the coronavirus usher in the deadly Holy Roman Empire?” asked Trumpet editor in chief Gerald Flurry in his latest Key of David program. He stated that the economic problems Europe is facing due to the virus will greatly hasten the formation of this empire. He warned that it is going to “affect your life directly.” He stated that “more and more people are talking in Europe about the strongman that’s needed, that there’s a lack of leadership to really deal with the virus problem and the economic problems.”

The rise of this power is a key moment in end-time events. To read more about how coronavirus is hastening the rise of this European superpower, watch “Coronavirus and the Holy Roman Empire.”