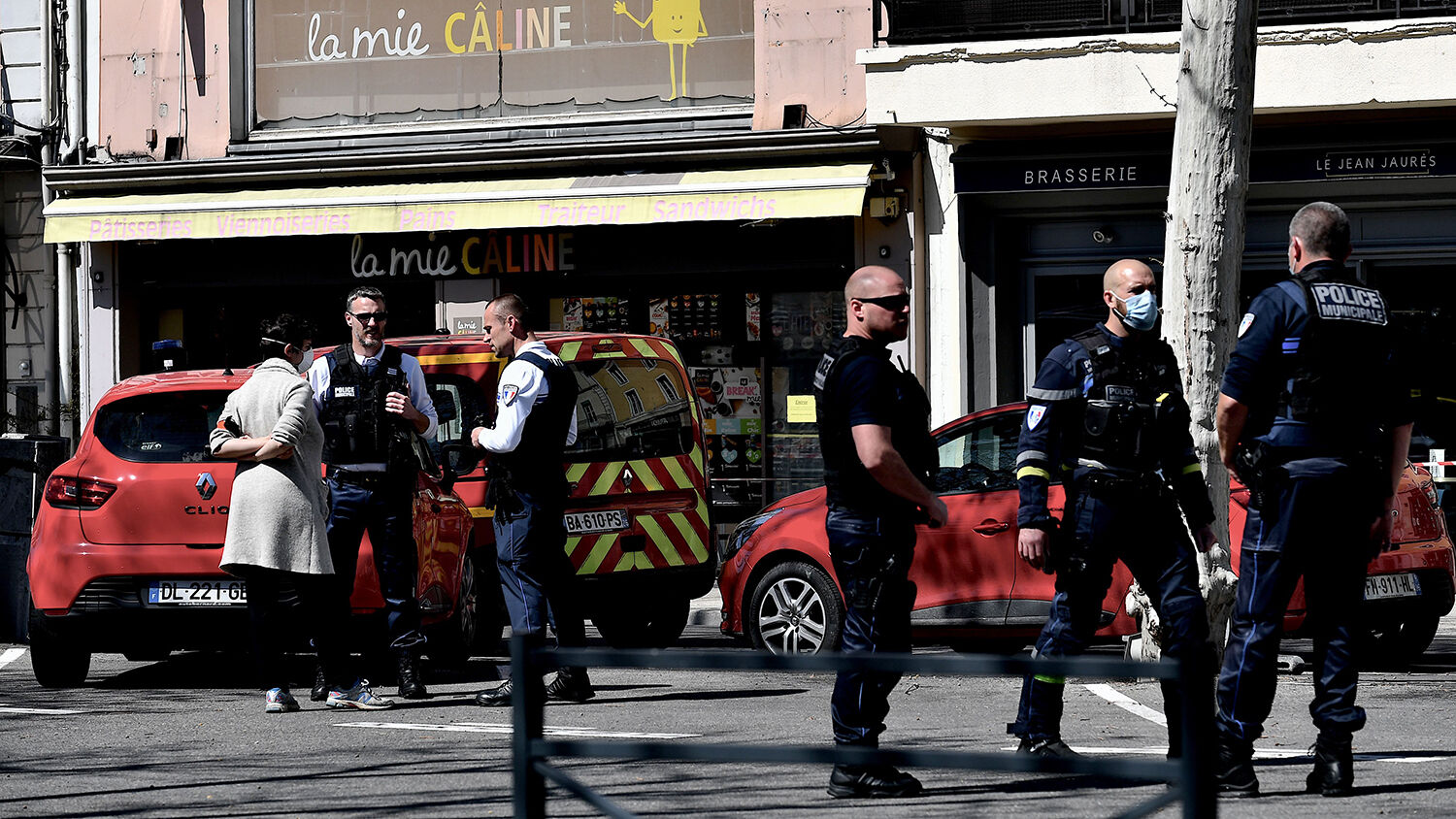 French Municipal Police officers stand in a street in the center of Romans-sur-Isere, on April 4, after a knife attack.
JEFF PACHOUD/AFP via Getty Images

There could hardly be a worse time for France to be reminded of its persistent problem with radical Islam.

An Islamic terrorist killed two and wounded five in a stabbing in Romans-sur-Isere, France, on April 5. Police arrested him and two others in connection to the attack. This comes at the worst possible time for France. The country already has a virus to fight. Now, a gruesome attack has reminded it of another enemy—radical Islam.

The assailant was a Sudanese asylum-seeker in his late 30s who had come to France in 2017. According to witnesses, he shouted, “Allahu Akbar!” (“God is greatest”) as he rampaged through several shops in broad daylight, killing and wounding at random.

His first targeted location was a tobacco shop, where he stabbed the owner and his wife, and killed one customer. He then entered a butcher’s shop, where he grabbed another knife, killed the butcher, and wounded a customer.

He then ran toward the center of town, where police caught up with him. They found him on the ground, praying in Arabic. Police arrested him after he asked them to end his life.

Had police not been nearby, enforcing the coronavirus lockdown, the attack could have been far deadlier.

The national anti-terror prosecutor’s office began a probe into “murder linked to a terrorist enterprise.” Later that day, police also arrested two other men who lived with the attacker—both Sudanese refugees.

France has an ongoing problem with terrorism. In 2019, the nation experienced nine major terror attacks, which made international headlines. The trend of increasing terror attacks began in 2015 with the massacre at the offices of Charlie Hebdo, a satirical magazine. In response, French President Emmanuel Macron launched Operation Sentinelle. The mission brought armed soldiers onto the streets of Paris and other large cities. They have remained there ever since. Sentinelle is the country’s largest peacetime military deployment in recent memory.

Police found no evidence connecting the attacker with a terrorist group. But whether he was connected to the Islamic State or acting alone does not matter.

The French are more concerned about terrorism than most in the developed world. This has been true since 2014, even before the migrant crisis. Polling data by the Counter Extremism Project shows that “the French public, relative to public opinion in the United States and other European countries, has long viewed Islamist-based extremism as one of its greatest threats.” A 2017 Pew Research poll indicated that 88 percent saw the Islamic State as a major threat to the country.

In France and around the world, coronavirus lockdowns are making the loss of liberty feel normal—even necessary. People are trusting the government with their safety and welfare. All this to fight a virus. What about when it comes to fighting the virus of Islamic extremism?

France will soon look to a strong leader for protection.

The French constitution demands strict separation of church and state. Ironically, the country will turn to a religious solution to solve the problem of Islamic radicalism.

Few want to acknowledge that beating radical Islam requires reconciling two religions that have been hostile to each other throughout history.

“The Bible says we are about to see a religious clash that will stagger the world!” writes Trumpet editor in chief Gerald Flurry in The King of the South. What could trigger this? He stated in an October 2004 Key of David episode, “A terrorist act could be that push that causes a war between these two great powers, and frankly, two great religions—one from Europe and one from the Middle East.”

Your Bible predicts a strong response from Europe against radical Islam. That can’t happen with the weak leadership in place today. Major political changes are coming, motivated by a desire to stamp out radical Islam. History has proved that terrorist attacks can change who people are willing to elect—and motivate nations to go to war.

The Bible reveals that the Catholic Church will align with a strong political leader of Europe (Daniel 8:23). As Islamic assailants continue to push at Europe, you can expect Europeans to begin to identify more with that Christian heritage. Read our free booklet A Strong German Leader Is Imminent to learn about Europe’s prophesied solution to terrorism.