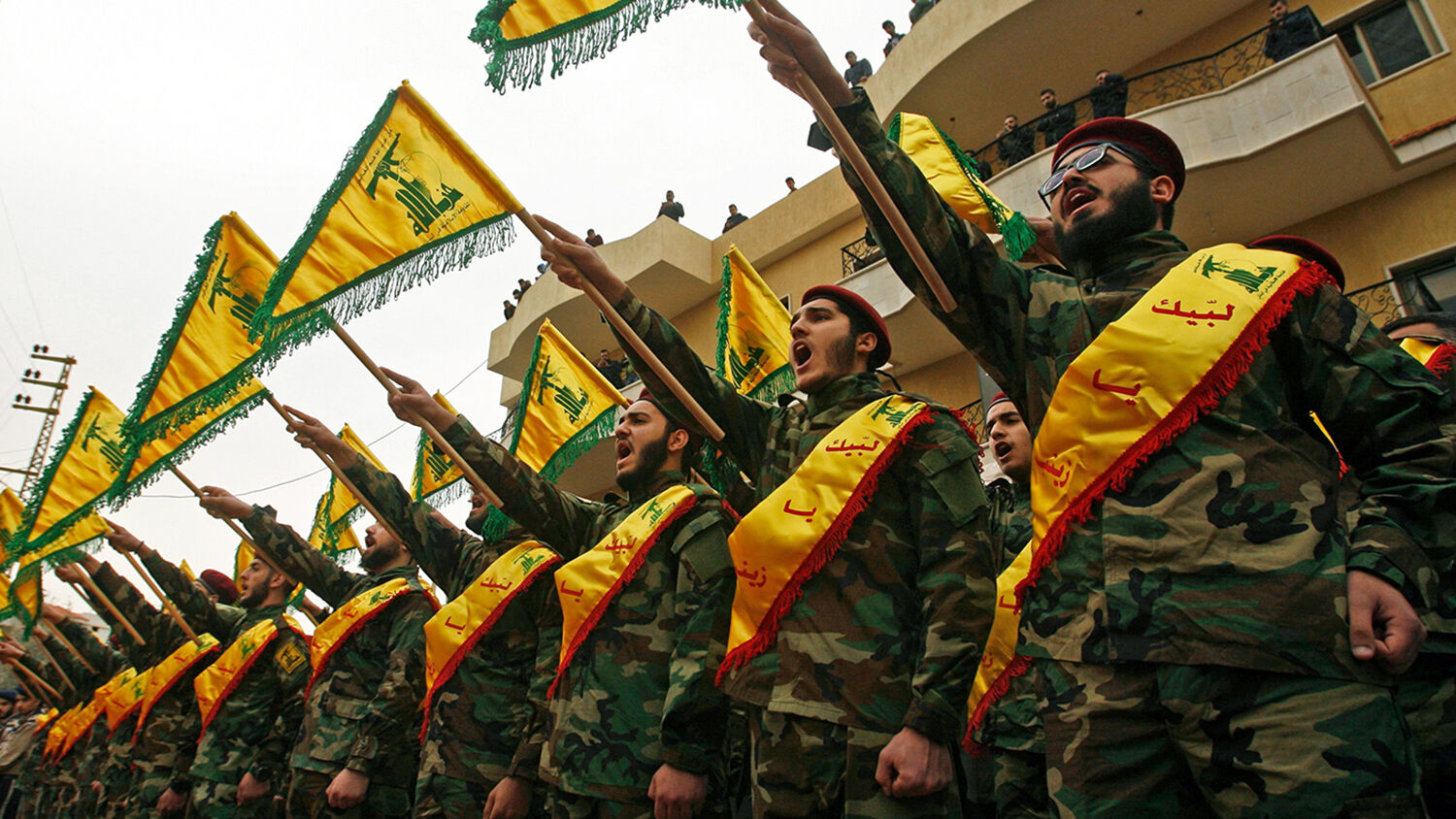 Is the history of the Lebanese Civil War repeating itself?

Hezbollah Cmdr. Ali Mohammed Younis was found dead on Saturday night. Although the assailants are unknown, Iran and its Lebanese proxy, Hezbollah, were quick to point the finger at Israel.

On the condition of anonymity, a Lebanese security official told the Associated Press that Younis was stabbed twice and shot in the chest four times. Reporters say the motive behind the killing is unclear; however, many sources say that Younis was a “close associate” of Brig. Gen. Qassem Suleimani, who was assassinated by the United States on January 3 for his role in planning several attacks against U.S. targets.

According to Asharq Al-Awsar, Younis was a prominent security official “tasked with anti-espionage missions against Israeli agents and Mossad spies.” Iran’s Fars News Agency said the Hezbollah commander was “responsible for pursuing spies and collaborators.”

Janoubia, a southern Lebanon-based news website, reported that the two companions with Younis in the car both escaped the attack; however, one was injured and is being treated in the hospital.

The news site also reported that Younis was involved in the assassination of Antonie Hayek last May. Hayek was a former member of the Israel-backed South Lebanon Army militia, which fought against Hezbollah during the Lebanese Civil War and was captured after Israel’s withdrawal in May 2000.

Lebanon’s ongoing economic crisis has been exacerbated by the coronavirus, and the nation is on the brink of another civil war. This has put Hezbollah in a weaker position financially. The assassination of Younis could be a sign that Israel is taking advantage of the opportunity. In the Lebanese Civil War, Israel used its operatives to take advantage of the conflict in order to infiltrate the nation and expel terrorist forces. Could it be doing the same today?

Israel and the South Lebanon Army

During the Lebanese Civil War (1975–1990), the Lebanese Armed Forces became weak and divided. An army battalion in the south, commanded by Maj. Saad Haddad, split from the Lebanese Army and formed the Free Lebanon Army. It fought the Palestinian Liberation Organization (plo), which had become its own mini-state in Southern Lebanon, and the invading Syrian Army, which initially supported the Christian militias but later swapped to supporting the plo.

Terrorist attacks in northern Israel became more frequent and more severe. However, attacking the plo became nearly impossible without also attacking Syria, because their troops overlapped with and therefore shielded the plo.

In the 1978 Coastal Road massacre, plo terrorists hijacked a bus in Israeli territory and killed 38 Israeli civilians and one soldier. In response, the Israel Defense Forces launched an invasion of Southern Lebanon. Codenamed Operation Litani, Israel quickly forced the plo, which had been using Southern Lebanon as a base to launch attacks on Israel, to withdraw north of the Litani River, about 15 miles north of the Israeli border.

Israel’s invasion helped the Free Lebanon Army gain control over much of Southern Lebanon, since Israel withdrew after accomplishing its mission. In 1979, General Haddad created the Maronite Christian-dominated State of Free Lebanon. This controversial act caused the Lebanese government to brand him a traitor, and part of his army returned to the Lebanese Army. Those who remained under General Haddad became known as the South Lebanon Army, which remained closely aligned with Israel throughout the civil war.

Ariel Sharon wrote in his autobiography that Israel’s “restraint in dealing with the major terrorist base at Tyre allowed the plo to quickly move back into most of the territory it had lost.” This time, the plo began an artillery war against Israel, launching Katyusha rockets and long-ranged artillery shells into Galilee. The plo had shown itself to be both strong and resilient. This time, Israel would strike right at the heart of the plo forces: West Beirut.

In 1982, Israel retaliated and invaded Lebanon a second time. Under the command of Chief of Staff Rafael Eitan and Defense Minister Ariel Sharon, Israeli forces pushed all the way to Beirut, Lebanon’s capital. International opinion was against Israel. The United Nations Security Council attempted to pass a resolution calling for Israel to completely withdraw from Lebanon; however, it was vetoed by the United States. Nevertheless, U.S. President Ronald Reagan called Prime Minister Menachem Begin, asking him to end the siege of West Beirut, a request Mr. Begin honored within minutes of receiving the call.

In August 1982, the first international forces landed in Beirut and oversaw the complete withdrawal of the plo and the Syrian Army from Lebanese territory. After which, Israel partially withdrew its forces from Southern Lebanon.

Meanwhile, the Islamic Republic of Iran established a base in the Bekaa Valley to the east, from which the Islamic Revolutionary Guard Corps founded, financed, trained and equipped Hezbollah to operate as its proxy army. The new terrorist organization took inspiration from the 1979 Iranian Revolution and quickly became a strong, armed force, stronger than even the Lebanese Army.

1/5 Exposed by the @IDF: A facility belonging to #Hezbollah, located near Nabi Chit in the Bekaa Valley in #Lebanon, designed to convert & manufacture precision guided missiles. The facility was established a few years ago by #Iran & Hezbollah in order to manufacture weapons. pic.twitter.com/8ivUmwbk7C

Throughout the 1980s, the South Lebanon Army fought against the emerging Hezbollah. To support its battle against terrorism, Israel supplied the organization with arms, uniforms and logistical equipment. However, during the 1990s, Hezbollah increasingly grew in strength, inflicting more severe attacks on the South Lebanon Army and the remaining Israeli forces.

In 2000, Prime Minister Ehud Barak’s cabinet voted unanimously for a complete withdrawal from its remaining positions in Southern Lebanon. The day after Israeli troops withdrew, the South Lebanon Army was quickly overrun. Many of its militiamen were either killed or jailed. Hezbollah quickly filled the power void, becoming entrenched in Tyre and Southern Lebanon.

Since Lebanon became its own nation after the French mandate ended in 1943, it has been multisectarian. Today, the nation is approximately a third Sunni Muslim, a third Shia Muslim, and a third Maronite Christian, with a small Druze minority. Power in the nation is shared between these three religions and cultural groups. According to the 1943 National Pact, the president must always be a Maronite Christian, the speaker of the parliament a Shia Muslim, and the prime minister a Sunni Muslim. This political model has always caused division and tension, as each group strives to gain more power over the others.

In the 1970s, when the Sunni plo invaded and became so powerful that it was practically its own state within a state, many Christians rebelled and fought against the plo’s control. Today, a similar situation exists in Lebanon. The Iran-backed Hezbollah organization has become Lebanon’s new state within a state.

More than just a military organization, Hezbollah’s political wing has gained significant control in the government. In addition to having control of the speaker of parliament and a military stronger than the Lebanese Armed Forces, Hezbollah has obtained the largest number of seats in the parliament; it has secured a few cabinet ministries, such as the Health Ministry; and now, many say the newly elected prime minister is in Hezbollah’s back pocket.

This emerging reality has struck fear in large portions of Lebanon’s population. Since October 2019, over a million Lebanese, nearly a quarter of the population, have come out in protest again the government and against Hezbollah’s control. Although the protests eventually led to the resignation of the prime minister, Hezbollah appears to have escaped unharmed and in an even stronger position than before.

The lesson from the Lebanese Civil War teaches us that only extreme measures can pry a strong terrorist organization from power. Given this history, protests are unlikely to be enough.

For years, the Trumpet has closely watched developments in Lebanon and has declared that Iran will lose its grip on power. This prediction is based on a Bible prophecy found in Psalm 83. This passage describes a confederation of moderate Arab nations that would unite, after Iran is destroyed, for the purpose of blotting out the name of Israel (verse 4). Verse 7 says that Gebal and the inhabitants of Tyre would be among this prophetic alliance. The biblical name Gebal is tied to the modern name Jbeil, a district in Northern Lebanon, and the inhabitants of Tyre refers to Southern Lebanon. Psalm 83 says that both Northern and Southern Lebanon will be united with a Catholic European empire against Israel, perhaps in revenge for Israel’s invasion.

Ever since its formation, Hezbollah has been a thorn in Israel’s side. The Iran-backed organization has acquired an arsenal of approximately 130,000 missiles—some of which have been upgraded with precision-guided technology—for the purpose of destroying Israel. In December 2018, Israel uncovered and destroyed several invasion tunnels Hezbollah had dug through bedrock from Lebanon, under the border, and into Israeli territory, preparing for a large ground invasion of the Golan Heights and Upper Galilee.

Thus far, Israel has conducted several air strikes against Hezbollah targets, but as the organization continually hides itself behind civilians within highly populous regions, like the plo in the 1970s, attacking Hezbollah alone has become nearly impossible. Like in the 1970s, Israel’s only option may soon be another full-scale ground invasion of Southern Lebanon.

For more about the prophetic implications of the Hezbollah-Israel conflict, read “Is Iran’s Power Slipping?” and “Invading Israel.”