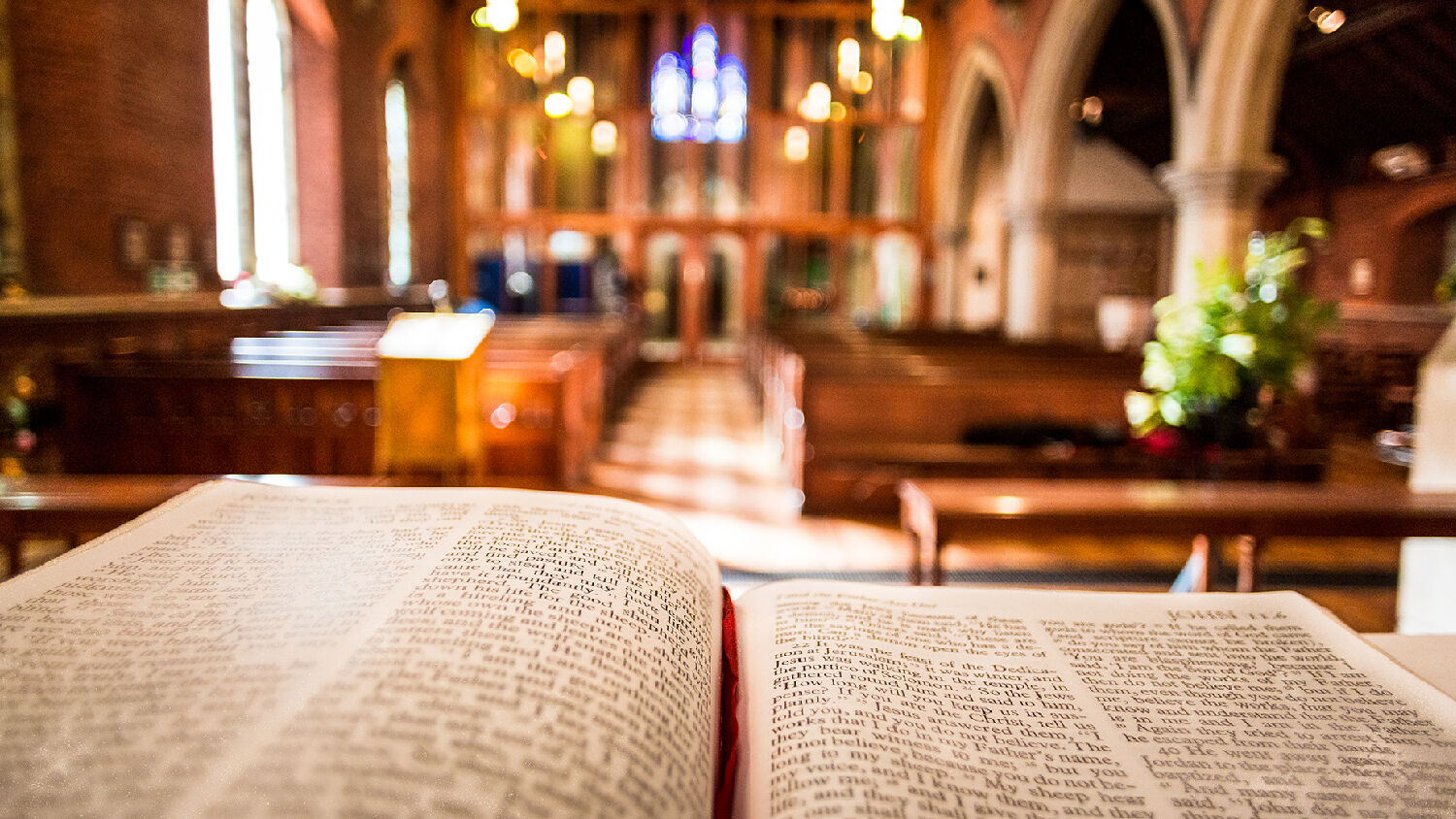 About 67 million Americans believe covid-19 is a ‘wake-up call’ from God.

As coronavirus spreads, local shutdown orders have closed churches across America. Yet shuttering churches has not caused people to lose interest in religion. Rather, coronavirus seems to be causing people to reconsider their relationship with God.

McLaughlin & Associates conducted a survey from March 23 to March 26 of 1,000 likely American voters. It showed that 5 percent of respondents believed coronavirus and the economic meltdown were signs of God’s “coming judgment.” Another 17 percent believed coronavirus was a “wake-up call for us to turn back to faith in God.” And another 22 percent believed the pandemic was both a sign of “coming judgment” and a “wake-up call.”

Altogether, 44 percent of Americans believe God is using the coronavirus to send a message.

The #coronavirus in the #US has also caused many millions of Americans to turn religion, even those who consider themselves atheists. https://t.co/XBJ1QCfEAr

Twenty-nine percent of poll respondents believed coronavirus and the economic meltdown were “signs that we are living in what the Bible calls the ‘last days.’” If these numbers are representative of America’s 153 million registered voters, then 44 million voters believe we are living in the last days, and 67 million believe God is using coronavirus to get our attention.

These beliefs are causing many to take action.

The survey indicated that 40 percent of Christians were listening to online sermons, searching for information about Bible prophecy, or reading their Bibles more often. The same held true for 22 percent of America’s “non-Christians.”

Other sources have confirmed this trend.

Pew Research data shows that 55 percent of Americans are praying for an end to the pandemic, including 86 percent of those who regularly pray daily and 15 percent of those who seldom pray. About 6 percent of agnostics polled admitted to praying to a God they were not sure existed to stop the virus. According to research from the University of Copenhagen, there has been a 40 percent spike in Google searches on prayer worldwide.

From @WSJopinion: Sometimes the most important ingredient for spiritual renewal is a cataclysmic event, writes @rwnicholson_ https://t.co/EPpOc95Ui1

A Wall Street Journal op-ed titled “A Coronavirus Great Awakening?” noted: “Sometimes the most important ingredient for spiritual renewal is a cataclysmic event. … For societies founded on the biblical tradition, cataclysms need not mark the end. They are a call for repentance and revival. … Will Americans, shaken by the reality of a risky universe, rediscover the God who proclaimed Himself sovereign over every catastrophe?”

That is a good question that more people need to be asking.

The Bible reveals that God is using the coronavirus pandemic as a “wake-up call.” Trumpet managing editor Joel Hilliker wrote in “You Can Survive the Coronapocalypse,” “God wants to restore to humanity the awesome potential that Adam and Eve turned their backs on. He wants to convert the heart of every person in the world, to help us see our error in going the wrong way, and instill in us a love for His way. ‘The Lord is … not willing that any should perish, but that all should come to repentance’ (2 Peter 3:9). That is His goal: to bring us to repentance.”

Repentance is different from what most people imagine. It is not a fleeting emotional feeling nor an academic acknowledgment that God is “sovereign over every catastrophe.” Repentance is comparing yourself to the goodness of God and then completely changing the direction of your life by striving to obey God’s law (Matthew 3:8; Romans 2:4).

America experienced a superficial “religious revival” after the Sept. 11, 2001, terrorist attack on New York City. Churches, synagogues and other houses of worship were filled for a few weeks after the terrorist attacks. But people soon went back to their previous way of life after it seemed the danger had passed. That is not the kind of repentance God wants.

Most Christian leaders are not really encouraging people to repent. One religious adviser in the Trump administration said recently that God was not judging America today because “America is not, by and large, characterized by people who are unfaithful to God’s precepts. Conversely, there is only a small minority of individuals who are grossly disobedient to God.” Yet curses like coronavirus and the economic meltdown prove that there are far fewer truly obedient Americans than this religious adviser supposes. The Bible warns, “Wherefore let him that thinketh he standeth take heed lest he fall” (1 Corinthians 10:12).

The same Bible that prophesies of pandemics (Matthew 24:7), prophesies there will be a religious revival in end-time Israel before Jesus Christ returns. But it will include many false preachers.

The late Herbert W. Armstrong explained in The United States and Britain in Prophecy that Bible prophecies directed toward end-time Israel apply to the United States and Britain. And a prophecy in Amos 7 speaks of a time when the U.S. is ruled by a type of the ancient Israelite King Jeroboam ii. A religious movement referred to as “sanctuaries of Israel” and “the king’s chapel” advises and supports this Jeroboam figure (verses 12-13).

Trumpet editor in chief Gerald Flurry’s free booklet Great Again notes that President Donald Trump “received over 80 percent of the white evangelical vote and a large portion of the Catholic vote” during the 2016 presidential election. Mr. Flurry explains how President Trump is a modern type of King Jeroboam ii, and how the religious movement that supports him represents a modern manifestation of the “sanctuaries of Israel.”

The “Coronavirus Great Awakening” may make the “sanctuaries of Israel” even stronger than they are now. The fact that more Americans are becoming interested in Bible prophecy and God’s plan for mankind is fantastic news. But a religious awakening also means that people need to be especially on guard against false teachers. Anciently, the northern kingdom of Israel fell into ruin after King Jeroboam ii rejected the warning message God gave him through the Prophet Amos. Jeroboam, instead, listened to an evil priest named Amaziah.

The Prophet Isaiah corrected the kingdom of Judah for rejecting God’s message, saying: “[T]his is a rebellious people, lying children, children that will not hear the law of the Lord: Which say to the seers, See not; and to the prophets, Prophesy not unto us right things, speak unto us smooth things, prophesy deceits” (Isaiah 30:9-10).

Some 67 million Americans believe God is using coronavirus to get their attention, yet they are bombarded with a cacophony of contradictory messages about what God wants from America. Mr. Armstrong always said, “Don’t believe me; don’t take my word. Believe God; believe your Bible.” That is the key to differentiating between God’s true warning message and false ministers who “prophesy deceits.”

Herbert W. Armstrong College has been helping people learn what the Bible actually says about prophecy and God’s plan for mankind through the Herbert W. Armstrong College Bible Correspondence Course. Subscribing to this 36-lesson course will give you a firm foundation in what the Bible says and help you determine which ministers are preaching from the Bible and which are “prophesying deceits.” As religion takes on a bigger and bigger role in American politics, this is vital understanding for physical and spiritual survival.

Read Great Again for an explanation of why America is falling fast—but its greatest glory ever is imminent. This is a time of extreme urgency!