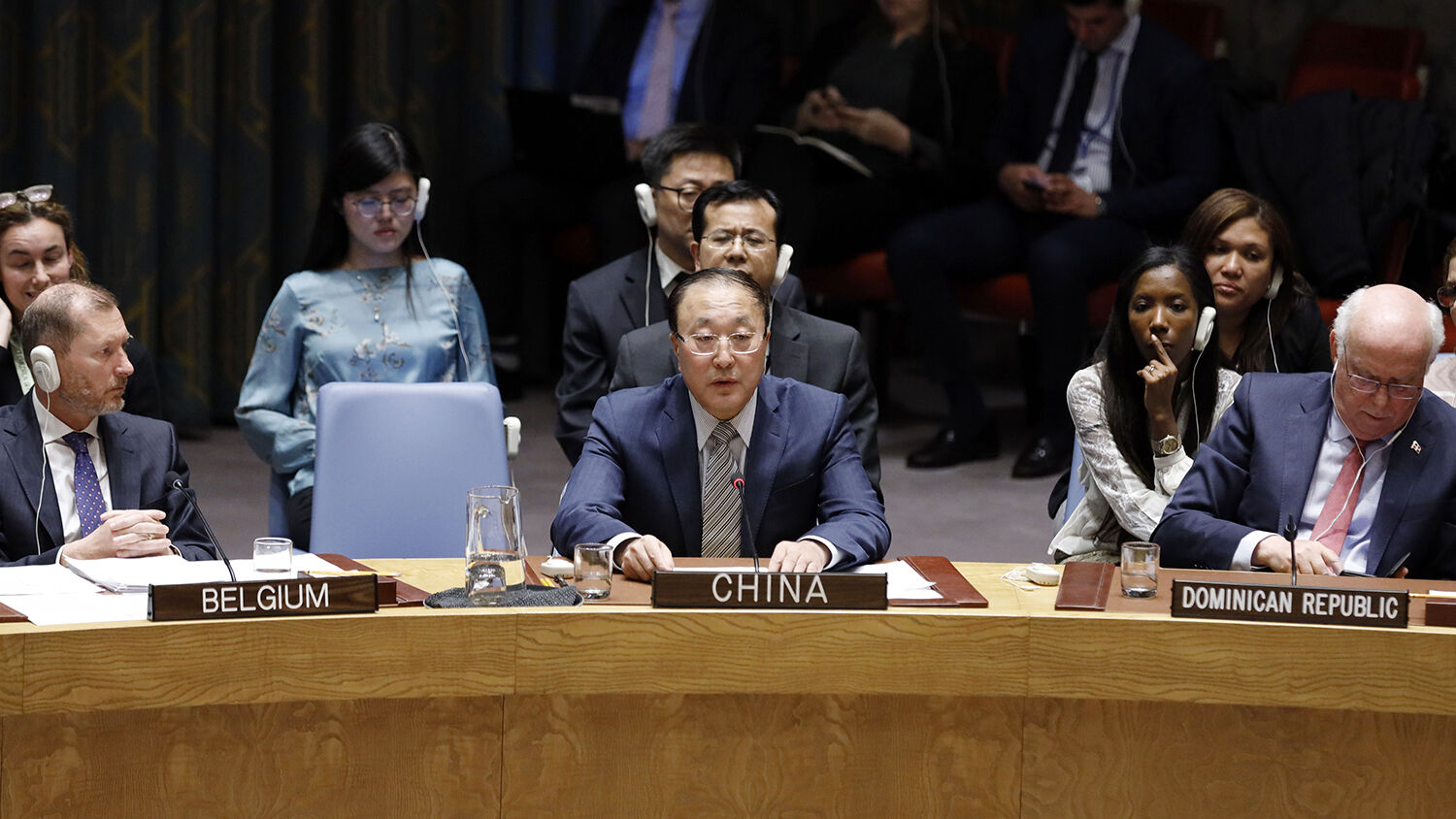 Chinese permanent representative to the United Nations Zhang Jun (center) addresses a meeting of the Security Council at the UN headquarters in New York on January 10.
Xinhua/Li Muzi via Getty Images

‘Like making a pyromaniac into the town fire chief.’

It happened on April 1, but it was no joke. China was appointed to join a United Nations Human Rights Council panel where it will heavily influence the selection of the organization’s human rights investigators—including those examining arbitrary detention, freedom of speech, health practices and government-orchestrated disappearances.

China will now be one of just five nations in charge of choosing 17 human rights mandate-holders for the next year.

Hillel Neuer, executive director of UN Watch, pointed out the lunacy of the decision. “It’s absurd and immoral for the UN to allow China’s oppressive government a key role in selecting officials who shape international human rights standards and report on violations worldwide,” he said. It would be, he said, “like making a pyromaniac into the town fire chief.”

In light of the current worldwide coronavirus contagion, Neuer also called attention to the ludicrousness of the health aspect of this appointment: “[A]s the world is suffering from the deadly coronavirus pandemic that spread like wildfire in Wuhan while China silenced doctors, journalists and other citizens who tried to sound the alarm, by what logic can the Beijing regime be involved in choosing the UN’s next global monitor on the right to health?”

As absurd as it is to place one of the world’s most notorious and unapologetic violators of human rights in charge of the UN’s Human Rights Council, it is far from the first time the organization has made such an outrageous decision.

In 2007, Iran—the country that openly boasts about how it deceives the world regarding its nuclear weapons program—was made vice chairman of the UN Disarmament Commission. Yes, that’s the same Iran that is the world’s number one sponsor of terrorism. The same year, Zimbabwe was elected chair of the Commission on Sustainable Development. That was mere months before the culmination of Zimbabwe’s hyperinflation crisis—a crisis that saw Zimbabwe print a $100 trillion bank note. The bill said $100 trillion on it—that’s a 1 with 14 zeros—but months after being printed, it was worth next to nothing. Is that the type of nation that should help lead an international commission focused on making countries economically strong? In 2017, the UN appointed Saudi Arabia—where abaya- and hijab-clad women can’t go anywhere, even to the police, without their male guardian—to its woman’s rights commission.

Mom, dad, and child at the beach: pic.twitter.com/z2xhE5MI4p

The list of outlandish UN appointments and elections could go on. Since the organization is wracked by corruption, it has routinely given central positions to the most ridiculous candidates available.

The largest failure by far though is that the UN has not accomplished its stated purpose: keeping the peace. Since the UN’s inception in 1945, there have been more than 400 wars and other military conflicts.

One analyst saw from the start that the UN would be not only a failure at peacekeeping, but actually a catalyst to conflict. “Already I see the clouds of World War iii gathering at this conference,” the late theologian Herbert W. Armstrong said while attending the organization’s inaugural meeting in 1945. “I do not see peace being germinated here, but the seeds of the next war!”

In 1977, Mr. Armstrong wrote, “The United Nations won’t be able to bring peace. The aggressor nations—and we are so gullible we never recognize them until after they plunge the world into another war—will go right on with their scheming and diabolical planning for world rule.”

Mr. Armstrong understood that the United Nations would not—could not—bring peace to this world. How did he know? By studying God’s Word, which reveals the nature of man. The Apostle Paul said, “And the way of peace have they not known” (Romans 3:17). Mr. Armstrong learned, through the Bible, that mankind could never bring peace to this Earth; peace is only possible by Jesus Christ’s return and His world-ruling government (Revelation 20:4-6; Isaiah 2:2-4; 9:6-7; 11:1-9).

The decision on April 1 to appoint China to the Human Rights Council panel shows that the UN has descended from a failure to a farce. It shows that mankind is as far as ever from being able to solve its own problems. It shows that Mr. Armstrong’s analysis all those years ago was accurate.

To learn how Mr. Armstrong was able to correctly identify the true nature of the United Nations even from its inception, request a free copy of our booklet He Was Right.