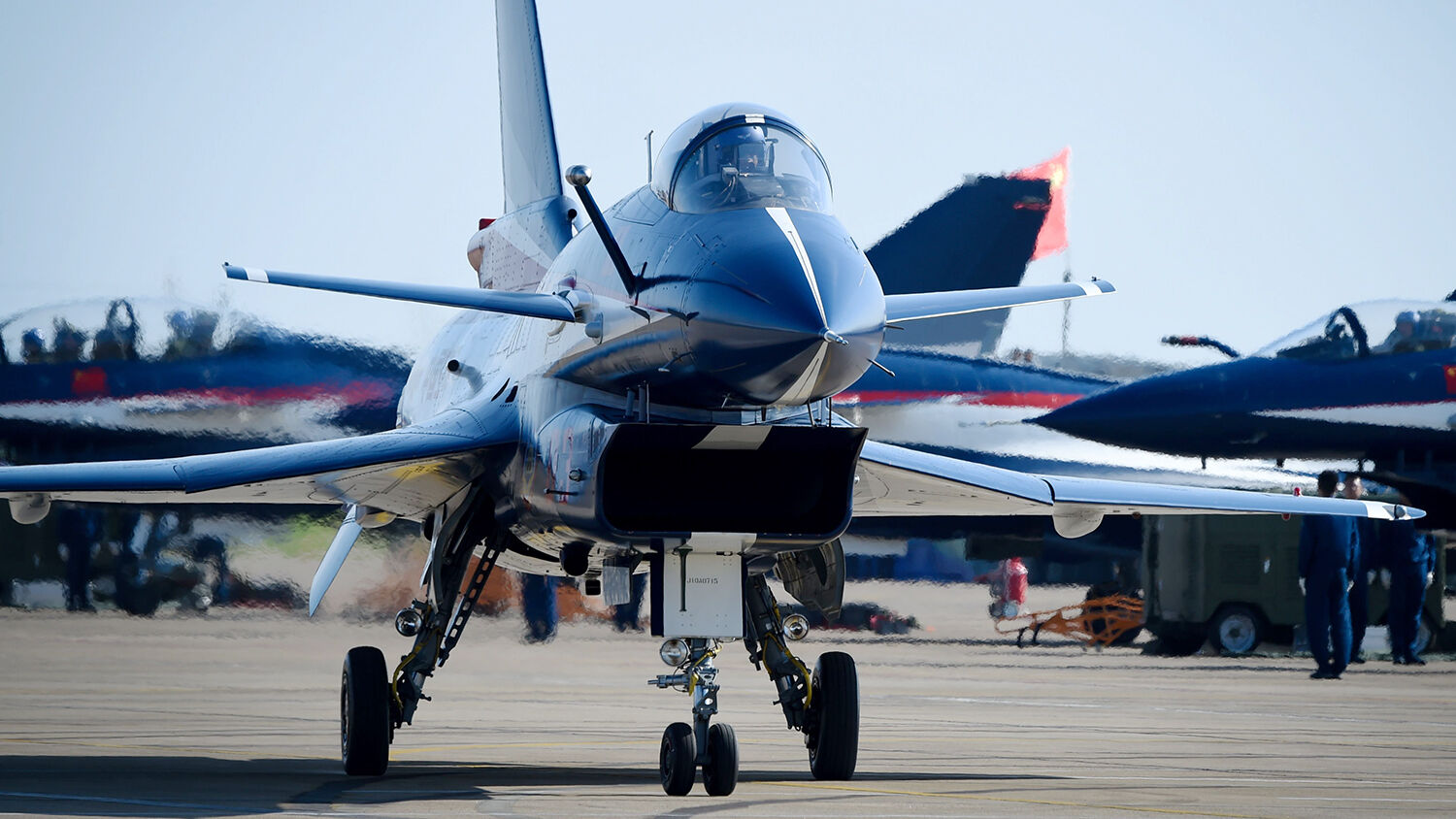 China turns its attention from coronavirus to military intimidation.

According to Reuters, this was the third time the Chinese Air Force conducted these “provocative” drills, and the second time the Taiwanese Air Force was forced to respond.

In one such exercise at the beginning of March, a Chinese jet’s radar locked onto a Taiwanese aircraft, an action considered to be the precursor to a missile launch in combat situations.

These drills are referred to by China as “island encirclement” and have purportedly been taking place intermittently since 2016 for the purpose of safeguarding its sovereignty. This was the time when Tsai Ing-wen first won Taiwanese presidential election. China believes she is aiming to launch a push for independence from China, which claims Taiwan as its own.

It is believed China is using these encirclement drills to intimidate and pressure Taiwan away from its pursuit of independence.

Taiwan split from China after nationalist forces were driven from the mainland by the brutal Communist regime of Mao Zedong in 1949. Today, however, China considers Taiwan a breakaway province and has vowed to annex it by any means necessary.

In 1958, during the First Taiwan Strait Crisis, China attempted to land troops in Taiwan. But the United States intervened and provided naval support, which was enough to ward China off. The second crisis ended in a ceasefire. China’s desire to retake the island, however, is now stronger than ever.

China has forced Taiwan out of international bodies, such as the World Health Organization. It has forced airlines to alter airline descriptions to read “Taiwan, Province of China.” And it has diplomatically isolated the tiny island from all but 14 of the 193 United Nations member states. Many countries followed the lead of the U.S., which ended its recognition of Taiwan in 1979, three decades after the Chinese civil war.

The U.S. maintains informal political ties with Taiwan, and under President Donald Trump, relations are undergoing a temporary resurgence. On March 4, President Trump signed the taipei Act which offers Taiwan support amidst China’s “bullying tactics.” The U.S. has also provided military assistance, potentially including a dozen F-16 fighter jets and Chaparral air-defense missiles. However, these missiles were developed in the 1960s and would do little to stop or even slow down the Chinese military if it decided to mount an offensive.

The Chaparrals are part of a nearly defunct and outdated Taiwanese defense system that includes about 300 fighter jets, 100,000 ground troops and a voluntary military conscription—which has seen about half of the lieutenant positions remain vacant. A 2018 poll found that more than 40 percent of Taiwanese have “no confidence at all” in their military’s ability to defend Taiwan.

With China’s determination to seize Taiwan, the near future could illuminate how ill-equipped Taiwan is to deal with a Chinese invasion.

In a January 2019 speech, Chinese President Xi Jinping said that although a “peaceful reunification” of China and Taiwan would be preferred, “We do not forsake the use of force.”

“Some Chinese nationalists now argue that China has only a brief window of opportunity to seize Taiwan,” Peter Gries and Tao Wang wrote for Foreign Affairs. “Talk of ‘forceful reunification’ is ascendant. … Now that Xi has consolidated power, he seeks a legacy befitting the great emperors of old: the reunification of the Middle Kingdom. ‘The only thing that will make him the greatest leader in the Chinese Communist Party’s history is to take Taiwan back,’ Shen Dingli, a foreign relations scholar at Fudan University, told Quartz in 2018. ‘If he were to achieve China’s reunification, who will say he is second to Mao Zedong or Deng Xiaoping?’” (emphasis added throughout).

That is the kind of legacy President Xi is after, akin to that of Communist dictator Mao Zedong, responsible for more deaths than Adolf Hitler and Joseph Stalin. And with Taiwan being one of the few remaining roadblocks to achieving such a legacy, we anticipate it will soon be removed. The U.S.’s gradual disinterest in Taiwan’s independence and military standing has further emboldened China.

In “Czars and Emperors,” Trumpet writer Jeremiah Jacques wrote, “With the U.S. out of Asia, China would throw its weight—and its 1.35 billion people—even more firmly behind efforts to establish regional and then global dominance. It would immediately announce its sovereignty over the Southeast Asian states and its island neighbors. The charade of Taiwan’s independence would come to an abrupt halt.”

These “encirclement drills” and tactics of intimidation China is using against Taiwan are not empty threats. They are expressions of intent. Very soon, that intent is going to be realized, just as Bible prophecy foretells.

Revelation 16:12 prophesies of “the kings of the east.” Trumpet editor in chief Gerald Flurry has explained that this power bloc will include Russia, China and other Asian nations, such as Taiwan. As far back as 1998, he wrote, “Taiwan is destined to become a part of mainland China.”

China’s efforts will become increasingly overt, until this prophecy is fulfilled in totality. As described in Ezekiel 38, these kings of the east will create a powerful military alliance to dominate the global scene before the return of Jesus Christ. To understand more of these prophecies and to know what to watch for, request your free copy of Russia and China in Prophecy.