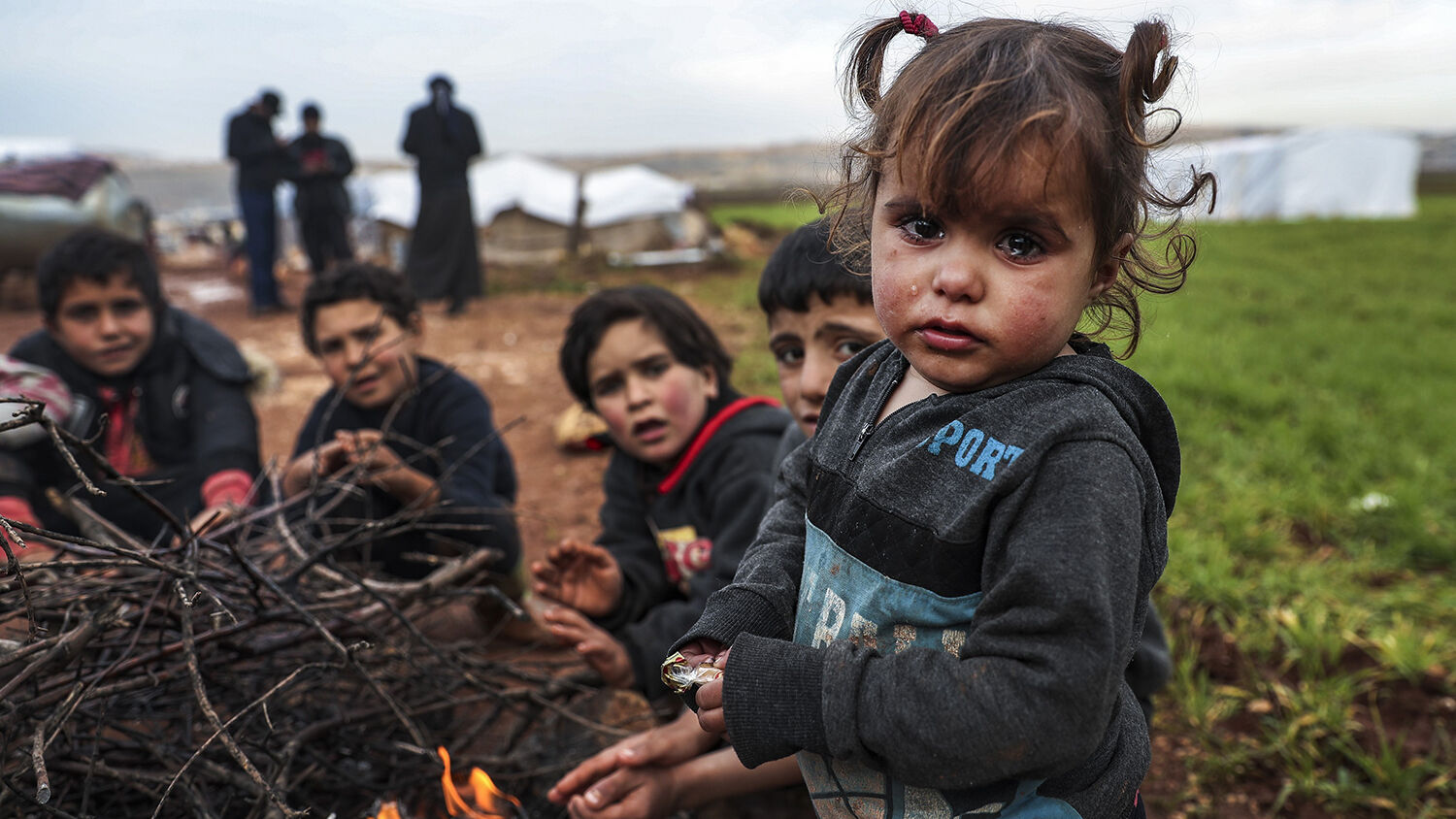 Syrian children warm up near a fire at the muddy grounds of Yavru Fida Camp in Idlib, Syria, on January 7.
Esra Hacioglu/Anadolu Agency via Getty Images

Have we forgotten Syria’s children? Since 2011, around 9,000 boys and girls have lost their lives or been injured in attacks and bombings in Syria. “A child dies every 10 hours as a result of the war,” the United Nations Children’s Fund (unicef) reported on March 13.

The civil war in Syria broke out nine years ago in March 2011. The Syrian crisis is one of the worst humanitarian crises in mankind’s history. Since its start, we have witnessed the rise of the Islamic State, the resulting horrors in the region, and the subsequent intervention of Iran, Russia, Turkey and the United States.

Despite the suffering, most nations involved see Syria as more of a geopolitical battleground than a humanitarian crisis. Turkey, Iran, Russia and others are fighting in Syria, but none of them are fighting to end the country’s suffering.

Those who support Syrian President Bashar Assad’s government, like Iran and Russia, support a regime that uses chemical weapons against its own citizens and is responsible for the death of hundreds of thousands and the flight of millions more. Others who support the rebels seek to overthrow the government in hopes of bringing regime change in their favor. Others, like the Kurds, hope to use the crisis to establish their own independent state—a goal vehemently opposed by Turkey. All this has devastating consequences for the country.

Millions of children grow up in Syria without education. The civil war is their everyday reality, and many of them know nothing else.

unicef is pleading for support, as over 5 million Syrian children and 2.5 million others in neighboring countries need help. “In recent weeks,” Deutsche Welle noted, “some 900,000 individuals, including more than half a million children, have been forced to flee the area due to confrontations between Turkish troops and Syrian government forces.”

But the refugees have no place to go. Turkey has taken in close to 4 million and is overburdened and in dire economic condition. Europe has closed its borders to Turkey after Turkish President Recep Tayyip Erdoğan hoped to pressure Europe into getting involved in Syria by allowing thousands of refugees to enter Europe.

Videos of hopeless young children in between borders have caught the world’s attention. But who can end their suffering?

Europe, led by Germany, is now positioning itself to get involved in Syria. Some see this as Syria’s only hope. But as Trumpet editor in chief Gerald Flurry explained in “How the Syrian Crisis Will End,” “For Germany, Syria’s revolution isn’t about a humanitarian crisis at all. It’s about geopolitics and how Berlin can aggressively advance its strategic interests in the Middle East!”

U.S. efforts in Syria have failed, and if Europe won’t help Syria, who can bring this country peace?

Mankind’s history is one of war and hopelessness. Most don’t seem to care unless they are personally affected. When Jesus Christ walked this Earth, He was moved with compassion by seeing the suffering of this world (Matthew 9:36). He prophesied of a time so terrible that “there should no flesh be saved” alive, unless God supernaturally intervened (Matthew 24:22).

God will end mankind’s suffering; He is the only one who can. God’s intervention is mankind’s only hope. Watch the video below to understand why God allows suffering and His plan to end it.