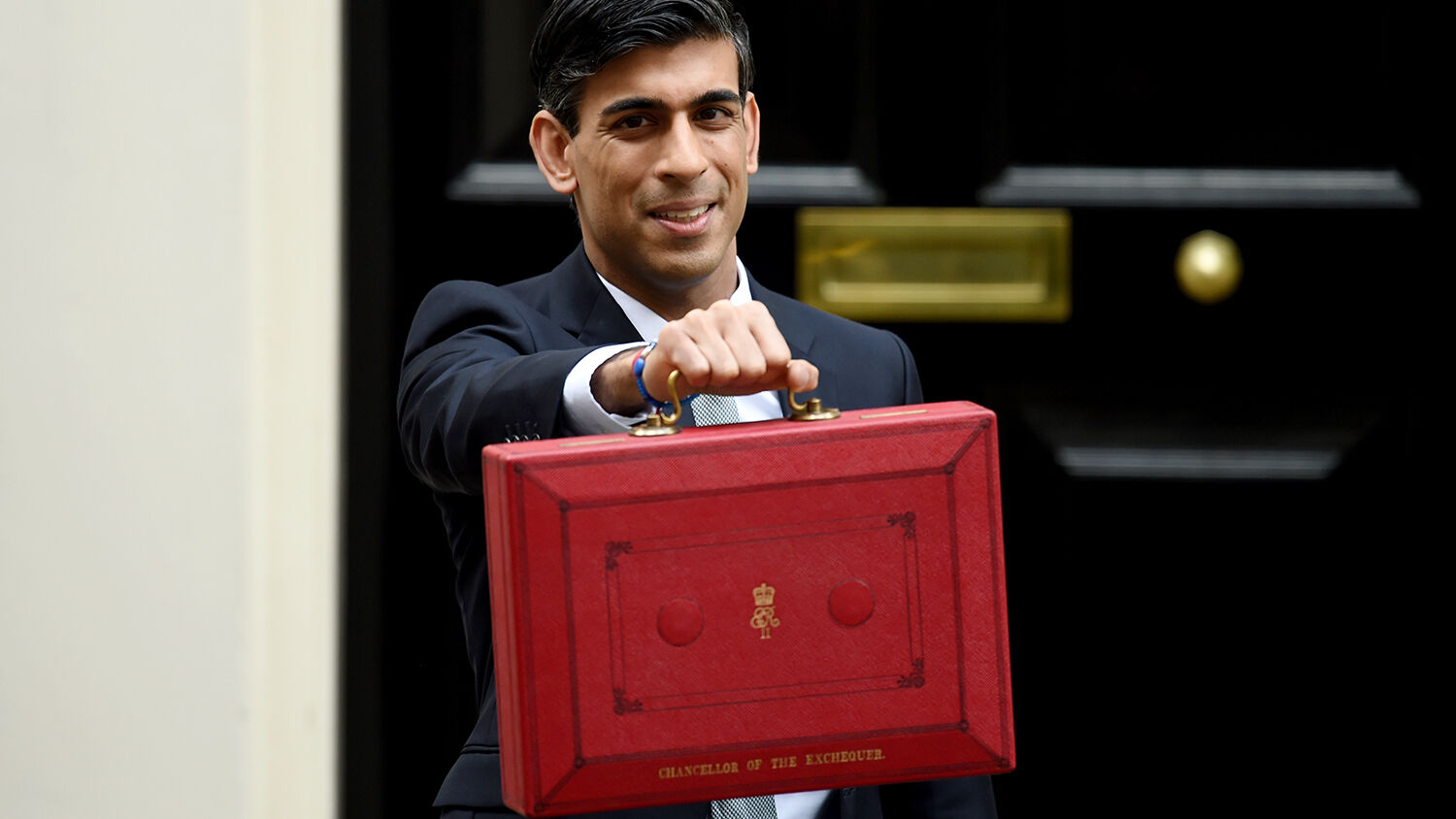 Chancellor of the Exchequer Rishi Sunak poses outside No.11 Downing Street before delivering the first post-Brexit budget in London on March 11.
Kate Green/Anadolu Agency via Getty Images

Is debt a smart way to escape the economic impact of coronavirus?

Newly appointed Chancellor of the Exchequer Rishi Sunak announced Britain’s budget for the coming year on March 11. In it, he unveiled massive spending and borrowing on a scale not seen for decades. Many now question whether the Conservative party is embracing outright socialism.

His budget totals £928 billion (us$1.12 trillion), compared to a total of £821 billion last fiscal year. It will run a deficit of 2 percent to 3 percent gross domestic product.

Everyone expected an increase in spending. But many were still surprised by the sheer amount of money Sunak threw at the economy for the coming year.

“Is This Government Socialist?” asked a headline in the Telegraph. Many commentators expressed surprise at how un-conservative the budget was.

Sunak hailed his budget as “the largest sustained fiscal boost for 30 years.” The Times called it “the biggest such capital-spending splurge since 1955.”

“This was less a Conservative budget than ‘the people’s budget,’” stated a prominent website that supports the Conservative party. The “people’s budget” was proposed by Lloyd George in 1909 and aimed to radically increase funding for social welfare programs.

“It’s safe to say that the Tory party is operating with a brand new economic tool kit,” said the Spectator. Others labeled Sunak a more radical version of former Prime Minister Gordon Brown, who was known for high spending when he was chancellor of the Exchequer in the mid-2000s.

British Prime Minister Boris Johnson campaigned on a platform of tax cuts. However, the budget raises revenues from taxes by £5.5 billion ($7 billion) a year. Where will the funding go?

The largest portion, £30 billion ($37.6 billion) goes to a broad stimulus package aimed at combating the adverse effects of coronavirus on trade and business.

Keynesian economics, the school of thought that informs most politicians, says a government should run large deficits when the economy slows down. The government injects money to encourage consumer and business spending, stimulating the economy to make up for lost productivity.

But Sunak’s splurge goes further than offsetting the effects of coronavirus. It provoked strong reactions from those who oppose strong government intervention. “Some infrastructure and public services spending, as well as supporting individuals and businesses during covid-19, is necessary,” wrote the Adam Smith Institute, a UK-based economic think tank. “But in the longer-run, spending like a drunken sailor will not create a thriving entrepreneurial economy.”

Asked to defend his decisions, Sunak pointed to interest rates, currently low because of coronavirus. But assuming that conditions will stay this way is dangerous.

“The national debt is already roughly double where it should be for peacetime, and one thing is for sure, financing conditions are not going to remain as favorable as they are now for ever,” wrote the Telegraph. Britain’s debt-to-gdp ratio is already unprecedented outside of wartime, and another fast change could put it in dangerous economic territory. Forecasting interest rates has always proved difficult. And government spending programs are not always the answer. “[T]he plans the chancellor unveiled betray an extraordinary faith in the power of government to make a success of every project.”

An all-out spending spree is worrying. But so is the fact that it happened under a conservative government.

Since it began, the Conservative party has stood for reductions in the size of government. In contrast to the Labour party, it has sought to cut taxes and curb major government spending. Margaret Thatcher was one of the most notable examples of this approach.

The Conservatives have shown Britain that they are drifting to the left. And it’s not just Sunak who espouses a radical belief in high spending.

“[O]ur sense is that this was not a budget drawn up by the chancellor. Rather, it was masterminded jointly in Downing Street, to which the top of the Treasury, in the form of Sunak, has been yoked,” wrote political commentator Paul Goodman.

Socialism is becoming fashionable in both of Britain’s major parties. The Conservative budget is liberal. Yet it’s only a fraction of the extreme spending that would have occurred under a Labour government.

Promoted as a cure-all for the economic ailments of coronavirus, many recognize Sunak’s budget will be dangerous for Britain in the long run.

What Britain is doing is nothing new. United States President Donald Trump is the self-proclaimed “king of debt.” Britain is following the same risky path.

Historically, the Conservative party has not been keen on keeping ultra-high levels of debt, but this is changing. Much of this is because of a society that endorses instant gratification and promotes debt as a healthy way of life.

Few today stop to ask where the material wealth came from that enabled Britain to be so prosperous for such a long time. That answer, which almost nobody understands, is found in the pages of the Bible.

Our free book The United States and Britain in Prophecy, by Herbert W. Armstrong, explains that both Britain and the United States descended from the ancient nation of Israel. The Bible prophesied that these nations would be blessed with wealth above that of the rest of the world. History proves that this happened. Britain once had a global empire. It was the strongest commonwealth of nations in the world. The U.S. was the greatest single nation.

What has Britain done with those economic blessings?

“When God lavished on our peoples such wealth and power and economic possession as no peoples have ever before enjoyed, did we appreciate what we had or feel the commensurate sense of responsibility for its wise and proper use?” asked Mr. Armstrong. Have we been responsible? Debt is the way of life for politicians and ordinary people alike.

God warned that we would lose this tremendous wealth as a result of disobedience to His law. Deuteronomy 28:44 describes a time when our people are forced to borrow and unable to lend. This is happening. Britain has the world’s second-largest national debt, after the United States.

An economic crisis that weakens the U.S. and Britain will set the stage for a European superpower to rise. Mr. Armstrong wrote in a July 22, 1984, co-worker letter that a major banking crisis in the U.S. “could suddenly result in triggering European nations to unite as a new world power, larger than either the Soviet Union or the U.S.”

As the United Kingdom follows the U.S. down this dangerous path, how can you prepare for the future? Read our free booklet Solve Your Money Troubles! to learn the answer.