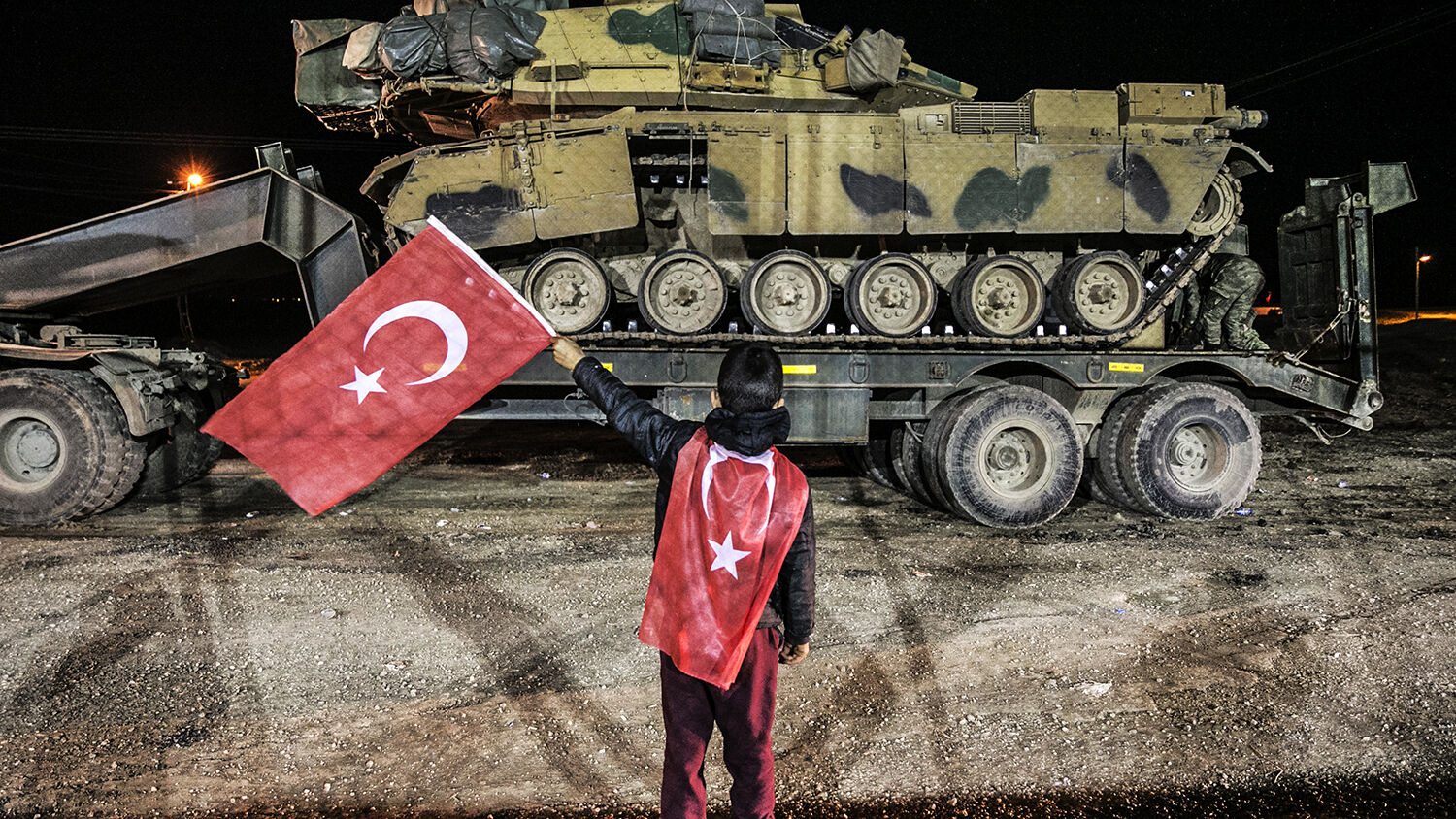 Turkey needs Germany as much as Germany needs Turkey.

Approved German government arms exports more than doubled in 2019. Yet following the start of the Turkish military offensive in northern Syria in October, export permits were reduced significantly but did not completely stop. There is a reason Germany seeks to maintain close ties with Turkey despite its recent aggression.

Though the Turkish government proves more and more willing to violate human rights, international law and previous agreements, Germany depends on it as an ally in the Middle East. Nor can Turkey achieve its goals in the region without German help.

In 2018, the German government approved 58 arms deliveries to Turkey worth $14.5 million. Last year, 187 exports were approved, amounting to $35.6 million. But due to Turkey’s highly controversial actions in Syria, it has been denied German weapons of war that could be used in the crisis. The ban on weapons of war exports excludes those items with so-called dual-use character, including various land vehicles, ships and aircraft.

Turkey has already received numerous deliveries from Germany. It is operating around 750 German-made main battle tanks. Last year, when German-made tanks rolled against Kurdish forces in Syria (an ally of the United States), controversy ignited in Germany.

Turkish President Recep Tayyip Erdoğan has different goals in Syria than the U.S., Britain, Russia or Iran. “The Turkish head of state dreams of a new Ottoman empire and leads a campaign of conquest in Syria,” n-TV.de noted (Trumpet translation throughout). Erdoğan is very open about this goal, but until now he has not been taken seriously.

Kurdish fighters affiliated with the People’s Protection Units and the Kurdistan Workers’ Party stand between Erdoğan and his goal. The Workers’ Party, founded in the late 1970s, has been fighting the Turkish government since 1984 and seeks to establish an independent Kurdish state within Turkish territory.

But a far greater opponent to Turkey’s goal is Iran. Trumpet editor in chief Gerald Flurry wrote in “How the Syrian Crisis Will End”: “Turkey has also been allied with Iran, but it too is going to side with Germany in the future! Why? Because it disagrees with what Iran is doing in Syria! While Iran supports the Assad regime, Turkey supports the rebels.”

If you consider the strength Syrian President Bashar Assad’s regime still has, plus its support from Iran and Russia, Turkey has no chance of realizing its goals in the region. For this reason, Erdoğan needs help from Europe to win the battle over Syria. “Because nato and Europe are not helping him, Erdoğan is now sending tens of thousands of migrants to the [European Union] border. Money is just a motive,” Wolfram Weimer told n-TV.de.

Germany is heavily dependent on Turkey to fulfill its interests in the region. Largely due to Turkey’s efforts to prevent refugees from traveling to Europe, the refugee crisis that began in 2015 has been halted in recent years. But Turkey is facing economic challenges and, without European help, risks losing the war over Syria.

Europe not only relies on Turkey to stop the flow of refugees to Europe but also to combat Iran’s influence in the region. “Iran is still a theocracy, governed by a radical cleric who, like 85 percent of Iranians, believes in Twelver Shiism, an ideology that embraces death. Iran remains the world’s number one state sponsor of terrorism, and it continues its march toward becoming a nuclear power,” we explain in our Trend article “Iran and Europe Heading for a Clash of Civilizations.”

To achieve this goal, Iran aims to create as much havoc as possible. By sponsoring terrorism and war, Iran is primarily responsible for the many streams of refugees seeking to enter Europe. It is also threatening trade routes. By pursuing nuclear bombs, it is threatening the relative peace of the world.

As Mr. Flurry explained in “A Mysterious Prophecy,” Psalm 83 speaks of an unprecedented alliance that is prophesied to form in our day. This prophecy mentions, among others, the following nations to be in this alliance: Turkey (Edom), Saudi Arabia (Ishmaelites), Syria (Hagarenes) and Germany (Assur).

Considering current world affairs, such an alliance isn’t surprising, but at the time Mr. Flurry made the prediction, it was considered most unlikely.

Now that this alliance is taking shape, we can expect Germany to become more militarily involved. The time is coming when arms exports to Turkey, as well as other Middle Eastern nations that oppose Iran, will no longer suffice. These deliveries have simply laid the groundwork for a soon-coming major military collaboration.

As explained in “A Mysterious Prophecy,” this alliance will form primarily to oppose the United States, Britain and the Jewish state in the Middle East called Israel today, and secondarily to oppose Iran. Both Germany and Turkey are considered allies of the former nations, but their opposing interests are evident. Also consider that during World War i, the Ottoman Empire and the German Reich fought side-by-side against Britain, France and Russia.

A prophecy in Daniel 11 provides further insight into this Turkish-German alliance: “And at the time of the end shall the king of the south push at him: and the king of the north shall come against him like a whirlwind, with chariots, and with horsemen, and with many ships; and he shall enter into the countries, and shall overflow and pass over. He shall enter also into the glorious land, and many countries shall be overthrown: but these shall escape out of his hand, even Edom, and Moab, and the chief of the children of Ammon” (verse 40-41).

The “king of the north” in this prophecy refers to a German-led European empire, and the “king of the south” refers to radical Islam, led by Iran. But notice this prophecy states certain countries will escape the German-led European attack on Iran and its allies. This means that, by the time of the attack, Germany has already formed its own alliance in the Middle East. By doing so, Germany ensures that it can get control of the Middle East, its resources and trade routes.

Some of the same countries mentioned in Daniel 11 are also mentioned in Psalm 83 as being in alliance with this German-led European empire. These end-time prophecies are connected. The Bible is not a contradicting patchwork of prophecies; it is cohesive and inspired by God (2 Timothy 3:16).

Most astonishing is that this alliance was prophesied thousands of years ago. The Trumpet, under the direction of Gerald Flurry, predicted this alliance years ago based on these prophecies. We are now seeing it form.

You need to understand the Bible’s prophecies and why God inspired them. Request our free booklet History and Prophecy of the Middle East for more detailed information.