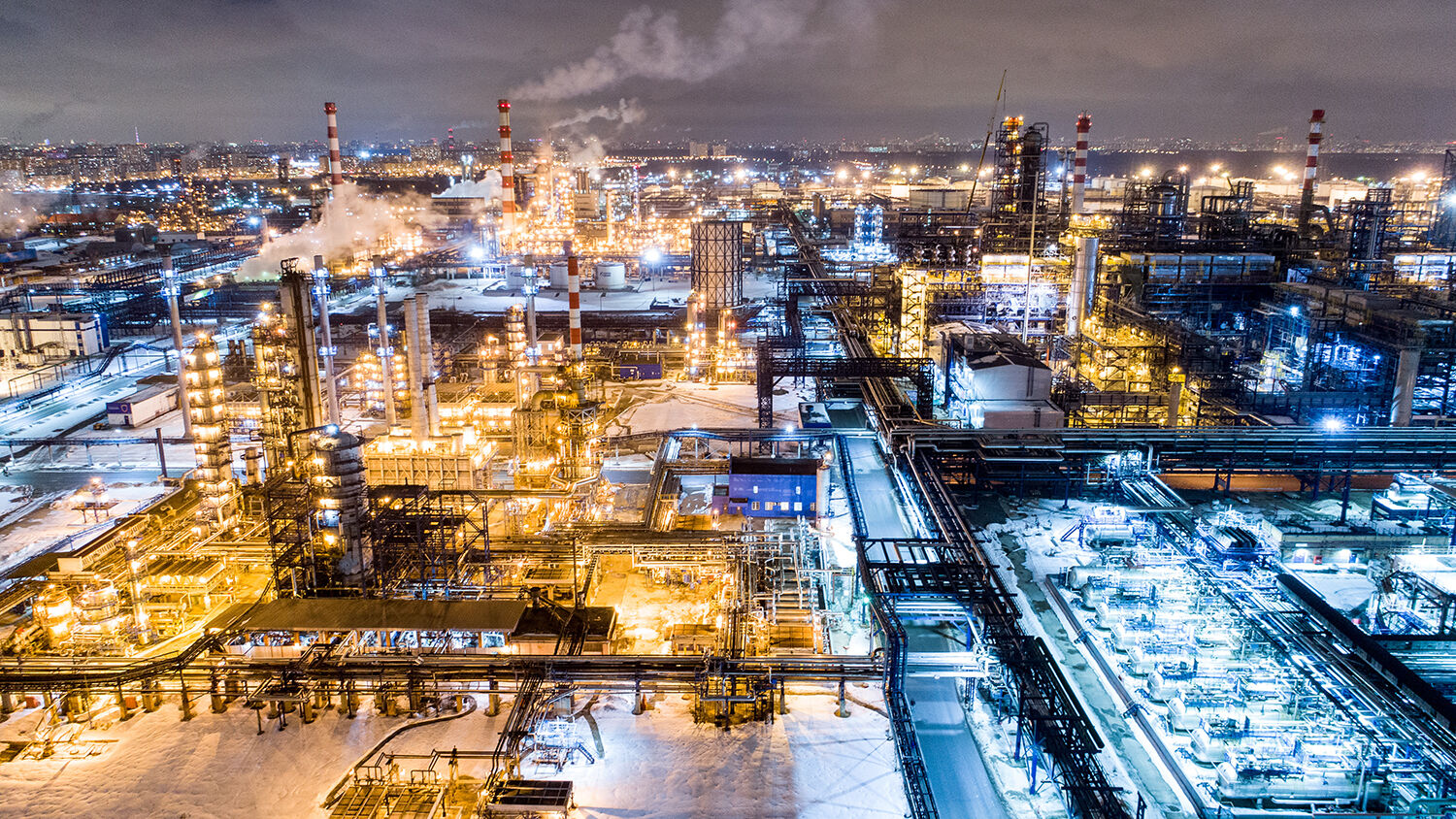 The Kremlin is willing to hurt the Russian economy to gain a geopolitical advantage over America.

Saudi Arabia has launched what could end up being one of the worst oil price wars in modern history, and American oil and gas companies could be caught in the cross fire. With fears about a coronavirus epidemic effecting demand for oil around the world, the Organization of the Petroleum Exporting Countries (opec) met in Vienna, Austria, on March 6 to propose that total oil output be reduced by 1.5 million barrels a day to prevent oil prices from dropping too fast. Yet Russia refused to cooperate with opec and cut its oil production. This refusal prompted Saudi Arabia to announce that it would not be cutting oil production either. Instead it would increase its oil production by 2 million barrels per day.

In an already oversupplied global market, Saudi Arabia’s announcement caused Brent crude oil prices to plunge 31 percent to a low of $31.25 a barrel, its steepest single-day drop since the 1991 Persian Gulf War.

It only costs $9.90 for Saudi Arabia to pump a barrel of crude oil out of an existing oil field, while it takes Russia $17.20 to do the same thing. So the Saudi government figures it can survive low oil prices much longer than Russia can.

But the heart of this dispute revolves around America’s oil and gas companies.

On February 18, the Trump administration announced economic sanctions targeting Russia’s largest oil company. The reason for these sanctions is that Russia is helping Venezuelan dictator Nicolás Maduro bypass United States sanctions by transporting his oil for him. Russian President Vladimir Putin may have been retaliating against the Trump administration by refusing to cut oil production. Since most U.S. oil wells have a break-even point of $36.20 a barrel over their production life, American oil and gas companies (which rely heavily on expensive hydraulic fracturing techniques) cannot turn a profit when oil prices are this low.

The U.S. has also passed sanctions against companies involved in constructing the Nord Stream 2 gas pipeline between Russia and Germany, saying it is a “tool of coercion” to make the European Union more dependent on Russian gas.

“The Kremlin has decided to sacrifice opec+ to stop U.S. shale producers and punish the U.S. for messing with Nord Stream 2,” the president of the Institute of World Economy and International Relations in Moscow told Bloomberg News.

Saudi Arabia’s response probably pushed prices far lower than Russia expected. These low oil prices may hurt Russia’s economy more than they hurt the U.S. economy, and could actually boost the U.S. economy overall. But in the short term, they will likely hurt U.S. oil and gas companies. In Russia’s geopolitical calculus, anything it can do to prevent America from becoming a net energy exporter strengthens the Kremlin’s influence over nations like Venezuela and Germany. So for the time being, Russia seems willing to suffer through low oil prices to prevent America from developing its oil fields to the point where it can start offering nations an alternative to Russian energy.

The most important player in the complicated world of energy politics is Germany. The U.S. is sanctioning Russia’s largest oil company in an effort to reduce Russian influence in Latin America and Eastern Europe. Yet Germany wants to develop closer energy deals with Russia as a means of reducing its reliance on the U.S.-led North Atlantic Treaty Organization.

“When the North Atlantic Treaty Organization (nato) was started back in 1949, its basic purpose was to protect disarmed Germany and other European countries from the Russian-led Soviet Union,” Trumpet editor in chief Gerald Flurry wrote in the September 2018 Trumpet issue. “Nord Stream 2 binds Russia and Germany together in a way that undermines nato. In fact, though Russia and Germany will not say so, this pipeline project is clearly intended to wreck nato. … Many elite Germans feel their nation has now gotten all it can from the U.S. and they are ready to move on.”

Unlike the Russian economy, the U.S. economy is not particularly dependent on oil. So as long as Germany supports America, the worst that is likely to happen from Russia’s oil price war is that U.S. energy companies may have to shut down their hydraulic fracturing operations for a while until oil prices rebound. But if Germany’s desire for cheap Russian gas brings about a German-Russian alliance against the United States, things could get bad quickly.

International relations expert George Friedman gave a speech at the Chicago Council on Global Affairs in February 2015. He explained that the U.S. government actively works to prevent a German-Russian alliance because the combination of German technology with Russian natural resources could create a Eurasian power bloc with the capability to challenge America’s position as the world’s lone superpower.

The Trumpet and our parent magazine, the Plain Truth, have proclaimed for 80 years that Germany will lead a final resurrection of the Holy Roman Empire. And the Bible reveals that Russia will play a key role in Germany’s rise to power.

A prophecy in Ezekiel 27 describes a trading power called Tyre that exchanges merchandise with many nations. “The word of the Lord came to me: ‘Now you, son of man, raise a lamentation over Tyre, and say to Tyre, who dwells at the entrances to the sea, merchant of the peoples to many coastlands, thus says the Lord God: “O Tyre, you have said, ‘I am perfect in beauty.’ … Tarshish did business with you because of your great wealth of every kind; silver, iron, tin, and lead they exchanged for your wares. Javan, Tubal, and Meshech traded with you; they exchanged human beings and vessels of bronze for your merchandise”‘” (verses 1-3, 12-13; English Standard Version).

Tyre was the commercial heart of the the Middle East and is a type of a major financial power rising now in Europe. Since the people of Tubal and Meshech settled in Russia, this is a prophecy about German and Russian merchants working together to create a great mart of nations. If Russia is prepared to hurt its own bottom line and sell oil at reduced prices just to hurt U.S. oil and gas companies, it shows that the Kremlin truly is waging a somewhat secret war against America—and Germany is prophesied to help Russia in this endeavor.