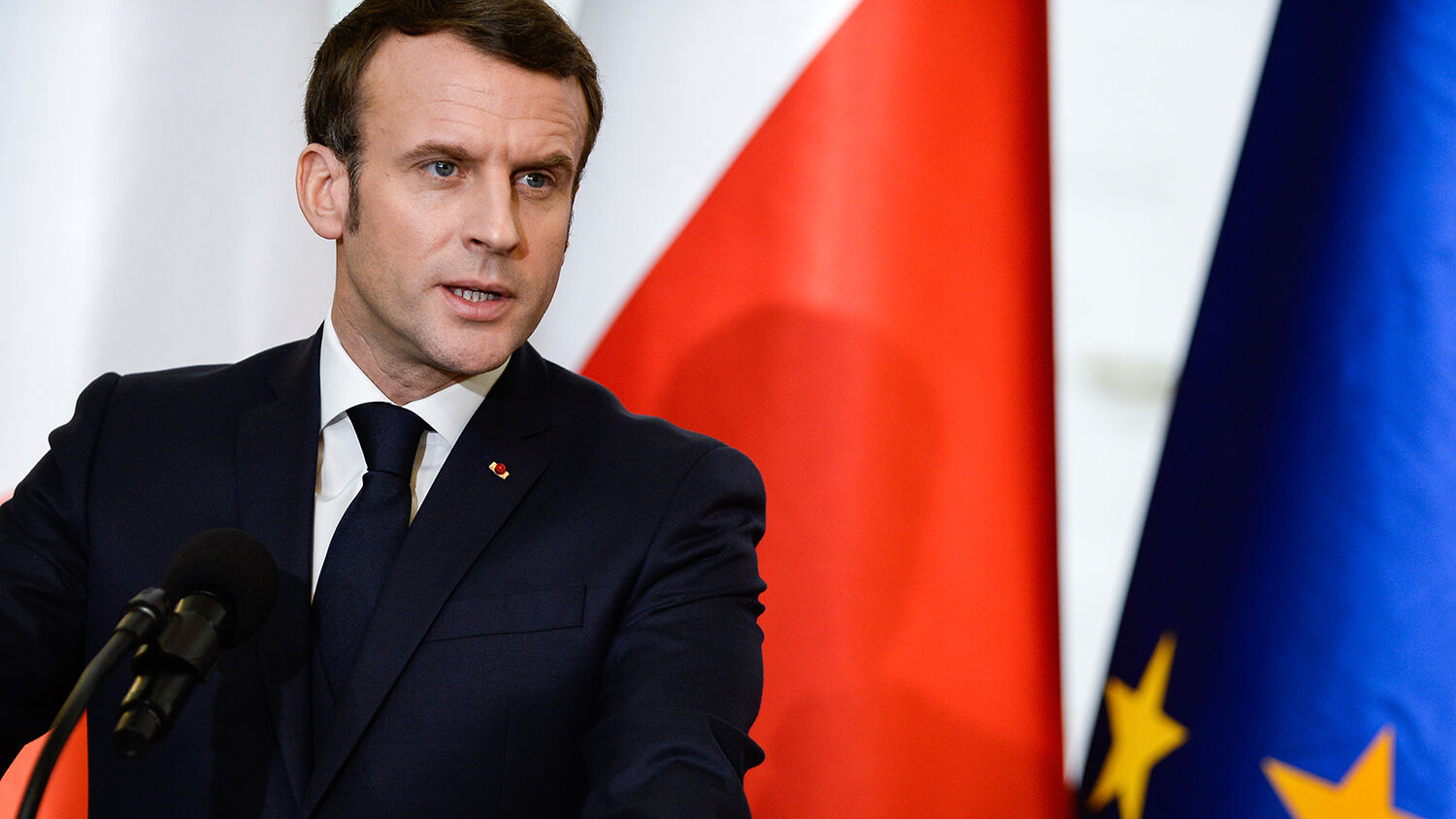 French President Emmanuel Macron speaks during a press conference after a meeting in Warsaw, Poland, on February 4.
Omar Marques/SOPA Images/LightRocket via Getty Images

Following Brexit, the EU’s center of gravity is shifting.

Following the fall of the Iron Curtain, Poland, Germany and France promoted stronger cooperation to heal the wounds left by the Cold War. In recent years, the gulf between the nations, however, has grown again. The last time the respective leaders met for a trilateral meeting was the “Weimar Triangle” in 2011. French President Emmanuel Macron announced on February 2, while in Poland, that he wanted to rebuild those ties.

During his visit, Macron sought after a “turning point” in France’s strained relations with Poland. Brexit, along with other developments, has required increased cooperation between Central European countries. Macron emphasized that France, Germany and Poland now “bear responsibility for Europe’s future.”

Poland’s approach to the refugee crisis in 2015 and 2016, its controversial changes to its judicial system, its reliance on the United States for military supplies, and its refusal to accept climate goals set by the European Commission have strained its relations with France. In 2018, Macron accused the governments of Poland and Hungary of “lying to their people” about supposed EU “interference” in their domestic affairs.

The Weimar Triangle, a platform for political cooperation between France, Germany and Poland, has become less significant in recent years.

But there are renewed hopes that reactivation could impact European policy, writes @plocienniks of @PISM_Poland https://t.co/e6YmLV5exD

But as a consequence of Brexit, France and Poland are now agreeing to cooperate more closely. The Atlantic Council noted on February 14:

Engaging Poland makes a lot of sense for France. Macron’s renewed dialogue with Russia is generating significant anxiety in Central and Eastern Europe, which could undercut his European agenda. With Brexit behind, Poland now weighs 8.5 percent of the EU’s population, giving it a quarter of the blocking minority (35 percent) under qualified majority voting.

Yet there is another pressing reason: As we enter an era of great power competition, the unity of Europe—and the unity of the trans-Atlantic alliance—is a critical asset, which will be tested. Mending relations between East and West is part of the groundwork to bolster the political resilience of Europe.

Polish President Andrzej Duda referred to the meeting with Macron as a “breakthrough” and welcomed the signing of a Polish-French cooperation program as part of their “strategic partnership.”

Macron announced that the Weimer Triangle would again meet this year. The meeting was later scheduled to take place on July 14.

Despite their many differences, France and Poland are both concerned for Europe’s security. During a joint press conference with Duda, Macron said: “I’ll be happy the day Polish people can tell each other: ‘The day I’m attacked, I know Europe can protect us.’ Because that day, the sense of a European belonging will be indestructible.”

Poland has recently doubted this guarantee and has instead looked to the U.S. for protection and military equipment. East Europeans were further puzzled by Macron’s criticism of the North Atlantic Treaty Organization and his rapprochement with Russian President Vladimir Putin.

“France is neither pro-Russian nor anti-Russian; it is pro-European,” Macron clarified. He added that the situation is “demanding political dialogue with Russia.”

Following his meeting with Macron, Duda indicated Poland’s willingness to take part in a Franco-German project to create a European tank.

For many years, analysts and politicians determined it was impossible for Eastern and Western Europe to unite. But even during the Cold War era, the late Herbert W. Armstrong foretold that they would.

“It now looks entirely feasible that Yugoslavia may be included in this revived Roman Empire,” Mr. Armstrong wrote in a June 10, 1980, co-worker letter. “Also the pope’s native Poland and Romania, and possibly Hungary. Add Austria, Germany, Italy, Spain, Portugal and France. There will be a union of 10 nations in the general area of the medieval Roman Empire in the new united Europe. Probably Holland, Denmark, Norway and Sweden will not be included [in the final 10]. But Ireland may. Britain will not! … I have been forecasting this revived Roman Empire publicly since February 1934! Now it may go together suddenly, rapidly!”

Notice that Mr. Armstrong not only emphatically foretold that Britain would not be part of this conglomerate but also that Poland would. During the decades of the Cold War, events seemed to strongly contradict his prediction. However, Bible prophecy informed Mr. Armstrong’s forecast and proved him right.

A prophecy in Daniel 2 foretells the rise of four major empires that would rule this world successively, leading to the return of Jesus Christ. The final world-ruling empire—the Roman Empire—would be resurrected 10 times, as foretold in the book of Daniel and Revelation 17.

Daniel 2 uses the image of a fearsome statue that stands on two legs. As Mr. Armstrong had noted and Trumpet editor in chief Gerald Flurry thoroughly explains in Daniel Unlocks Revelation, the legs picture the Roman Empire’s western capital in Rome and its eastern capital in Constantinople. The prophecy also shows that this final resurrection, represented by the image’s 10 toes, will have five nations in the West and five in the East.

For this reason, we expected relations between Eastern and Western Europe to again improve. To understand how Mr. Armstrong was able to base his forecast on the Bible and how his predictions have came to pass, request a free copy of He Was Right. Also, read Mr. Flurry’s booklet Daniel Unlocks Revelation to understand more about the God behind these prophecies.