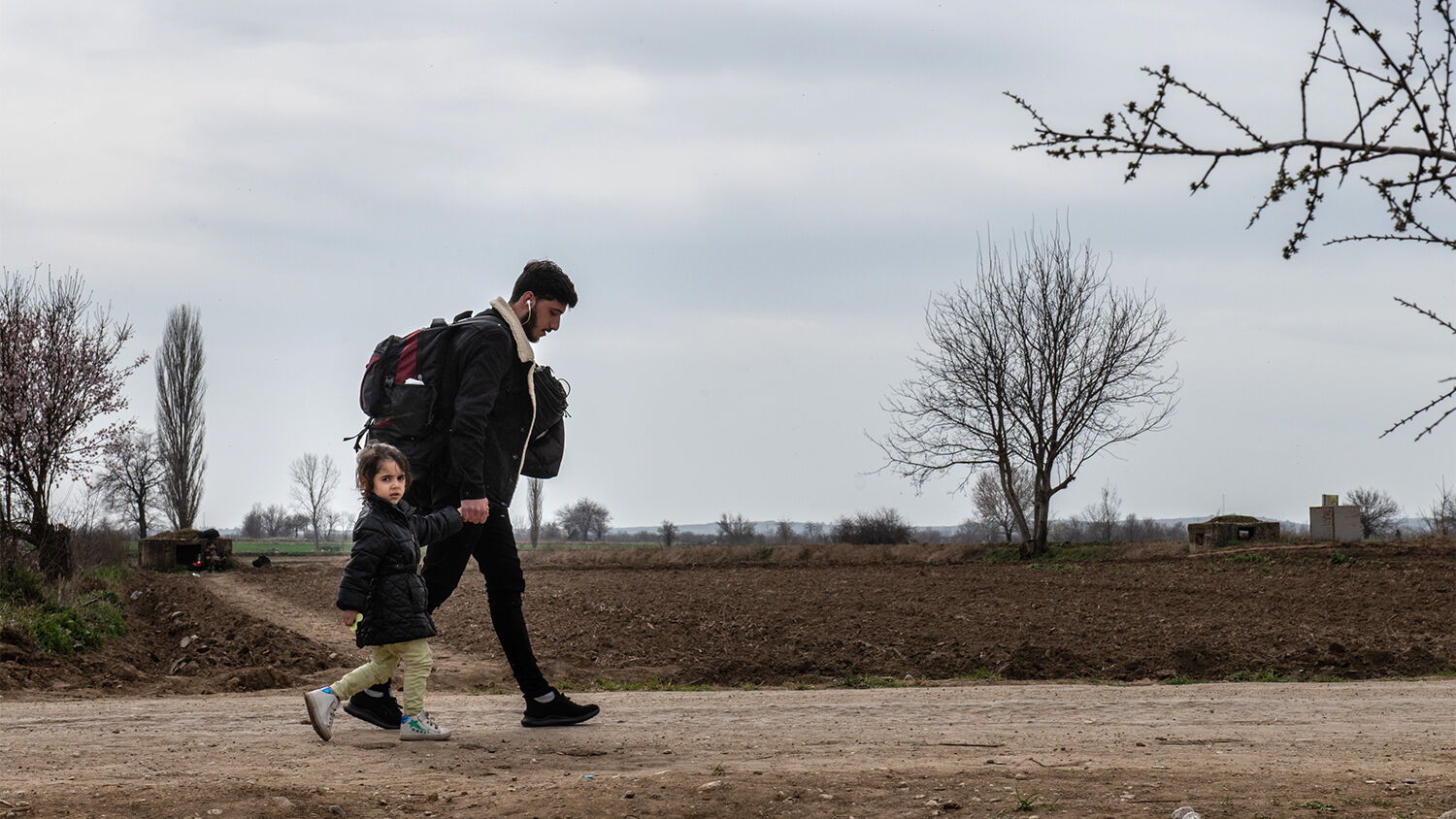 Refugees walk on a road toward the Pazarkule Border Crossing between Turkey and Greece on March 9 in Edirne, Turkey.
Burak Kara/Getty Images

Over the period of five short years, Europe’s attitude toward refugees has drastically changed.

Europeans won’t forget 2015. It was the time when millions of refugees from Africa and the Middle East embarked on their journey to Europe. It was the time when Chancellor Angela Merkel decided to open Germany’s borders, hoping that other European countries would follow suit. The subsequent crisis, which some call a loss of control, changed Europe’s political landscape dramatically.

Another refugee crisis is now looming, but rather than being welcomed with open arms, Europeans are turning their back on this new wave of migrants. What has changed?

Largely due to Turkey’s efforts to prevent refugees from traveling to Europe, the refugee crisis has been halted in recent years. But Turkish President Recep Tayyip Erdoğan has now opened his country’s borders for migrants to travel to Greece. In hopes of a better life, tens of thousands have taken the journey.

With his decision, Erdoğan has tried to force Europe to get more involved in Syria. Judging by Europe’s compassionate reaction in 2015, he likely believed that the sight of thousands of refugees risking their lives to cross into the Continent would move the European Union and European heads of state to act quickly.

But that’s not how it played out.

All agreed to not give in to Erdoğan’s pressure—with some having strong opinions on the matter. In an interview with n-TV.de, Austrian Chancellor Sebastian Kurz claimed that Erdoğan was trying to “organize an attack on Europe.” Journalists evoked the same imagery. Yet as video footage from the border shows, the thousands of refugees, many of whom are women and children, seem rather helpless.

Europe isn’t prepared to handle the crisis in a humane way. The EU still lacks a common asylum policy and effective protection of its external border. Even Germany’s Bundestag refused to accept 5,000 minor refugees from Greek camps. “Unlike in 2015, almost all parties now shy away from German solo efforts in refugee policy,” n-TV.de noted.

In 2015, many Europeans went the extra mile to take in refugees. Today, the situation is quite different. People have become desensitized to the suffering of the refugees and fear that an open-border policy would only further increase the popularity of Europe’s far right.

European leaders evidently don’t want to go through another refugee crisis. But to avoid a crisis at home, the EU is risking a humanitarian crisis at its borders.

In “Europe Loses Its Soul at the Border,” Zeit wrote on March 5: “Where are human rights when they are needed? Screaming women, men and children at the Greek-Turkish border are obviously not human enough.”

Countries that closed their borders in 2015, like Hungary under Viktor Orbán, were shunned at the time; today, the policy has become the norm. “The situation is similar to 2015. But the EU countries in the east are no longer on a confrontation course with Brussels,” Die Welt noted on March 4 in “Orbán Prevails.” “This is less because they changed their policies. It is the EU that has moved toward Hungary or Poland.”

The 2015 crisis enabled and strengthened the rise of various right-wing leaders throughout Europe. It changed the stance of French President Emmanuel Macron, who recently spoke increasingly against Islam and migrant-friendly policies.

“‘The door is closed,’ the European press judged, almost in unison, about the new migration crisis on the border with Greece. Europe does not want new flows of refugees,” Die Welt wrote on March 3.

As a consequence of 2015, we have seen a handful of leaders unite against Chancellor Merkel’s policies. Europe, as a whole, has shifted somewhat to the right. In 2020, we can expect more of the same, and perhaps even a change at the top of Germany’s very own government. Trumpet writer Warren Reinsch described further ramifications that the recent crisis could have in his article “Millions of Syrian Refugees to Hasten Rise of European Military.”

Today, Europeans are much more willing to accept authoritarian leaders who would take what would have previously been unacceptable measures to prevent another crisis.

The Bible reveals that this mood change will enable the rise of a “king of fierce countenance” (Daniel 8:23). Trumpet editor in chief Gerald Flurry explains in A Strong German Leader Is Imminent that this leader will be invited in during a time of crisis (Daniel 11:21). “Given the atmosphere of crisis and the political climate in Germany today, we should watch for this prophecy to be fulfilled at any time!” Mr. Flurry noted in 2015.

The Bible reveals that Europe, in this end time, will see the rise of 10 kings who have one mind (Revelation 17). Prophecies in Daniel 11 and Psalm 83 show that these leaders will unite with Turkey to lead various military campaigns in the Middle East, just as Turkey demands today. But the Bible also reveals that at the head of Europe’s 10 kings will be a strong leader who will go far beyond what Turkey is calling for.

Another refugee crisis could further change Europe’s political landscape and lead to the fulfillment of these prophecies. Request a free copy of The King of the South, by Gerald Flurry, to learn where these trends are leading and see how accurately the Bible prophesied about them.