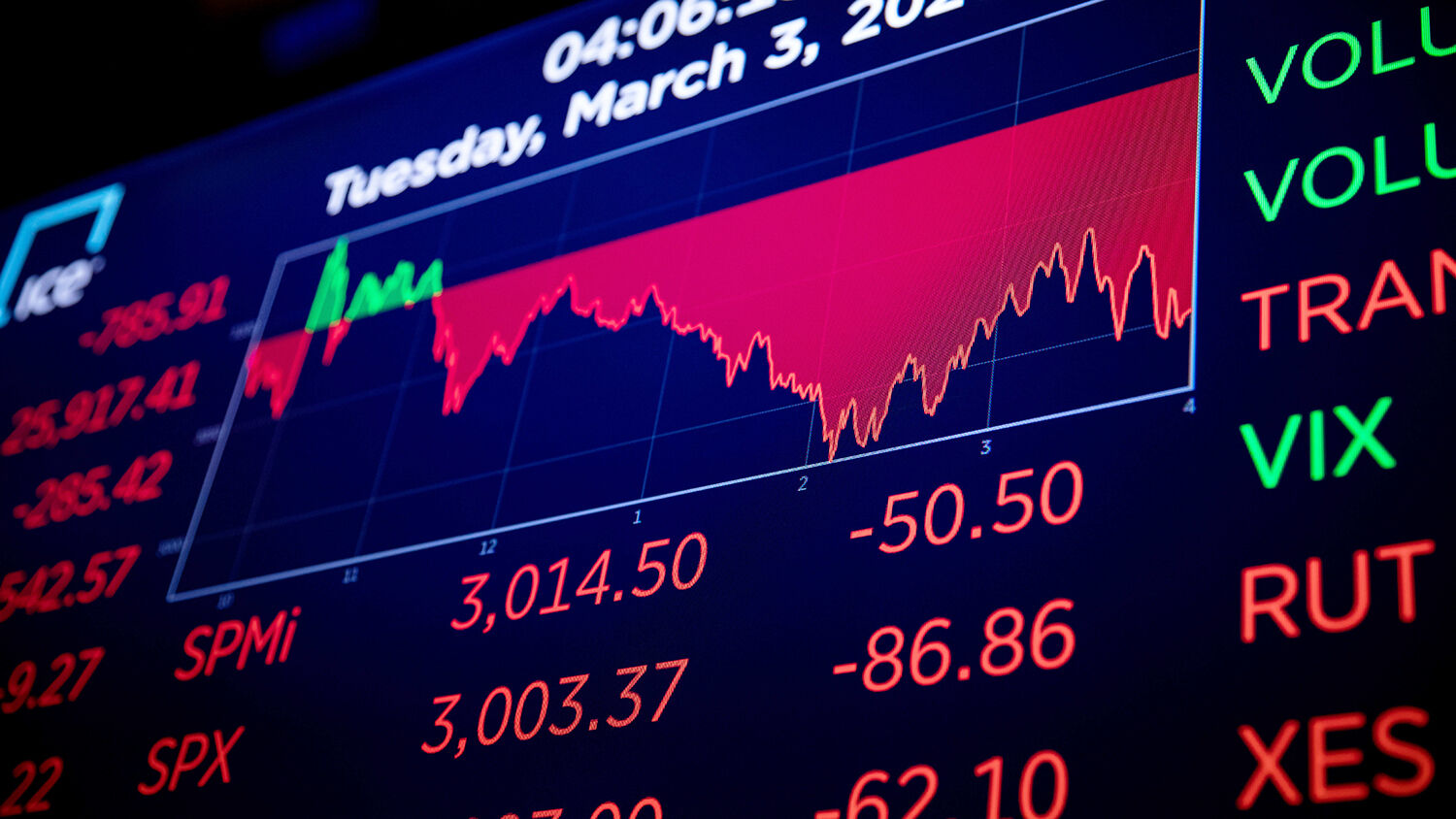 An electronic screen shows the trading data at the New York Stock Exchange on March 3.
Xinhua/Michael Nagle via Getty Images

Policymakers want Americans to borrow rather than save.

The Federal Reserve cut interest rates by half a percentage point on March 3 to rouse the economy after the United States stock market had its worst week since the 2008 recession. The stock market drop was triggered by fear of a coronavirus epidemic. The emergency cut reduced the federal-funds rate to between 1 and 1.25 percent.

“The magnitude and persistence of the overall effect on the U.S. economy remain highly uncertain and the situation remains a fluid one,” said Federal Reserve Chair Jerome Powell at a news conference. “Against this background, the committee judged that the risks to the U.S. outlook have changed materially. In response, we have eased the stance of monetary policy to provide some more support to the economy.”

This rate cut is the first intermeeting action the Fed has taken since the 2008 recession. Powell says the Federal Reserve will continue monitoring the coronavirus epidemic and may slash rates further.

U.S. President Donald Trump is asking the Fed to cut rates even further, yet more cuts would move the nation close to 0 percent interest rates. Such low rates are an emergency measure usually reserved for economic recessions. If the Fed cuts rates that low in an attempt to stave off a recession, it will not be able to cut rates further when a recession actually hits—unless it enacts negative interest rates (actually paying banks to stimulate the economy by borrowing money).

Debt-based economies experience cycles of boom and bust. On average, recessions occur every five years—and it has been 10 years and 8 months since the last recession. Sooner or later, the boom will go bust. When this happens America will be woefully unprepared. Consumer debt has reached nearly $14 trillion, the federal debt has reached nearly $24 trillion, and the Federal Reserve is encouraging people to keep borrowing.

The sobering fact is that the U.S. has been living beyond its means for decades, and it cannot escape the consequences of its actions much longer.

The late Herbert W. Armstrong taught for decades that the peoples who settled the United States and Britain largely descended from the ancient Israelites. And an end-time Bible prophecy says that God will suddenly break the power of Israel because of its sins, including materialism.

How will this sudden collapse of U.S. power come about? Mr. Armstrong predicted that a financial crisis in America would likely prompt Europe to unite into a superpower even stronger than America. He warned in 1984 that a massive banking crisis in America “could suddenly result in triggering European nations to unite as a new world power larger than either the Soviet Union or the U.S.” (co-worker letter, July 22, 1984).

Such a financial crisis is closer than people think. The current economic boom cannot last forever, and America has not saved any money to help it weather its next financial storm. For a deeper understanding of the dangerous economic predicament that besets America, please read “Joyriding Toward Disaster” and “Our Financial 9/11 Was Prophesied!”