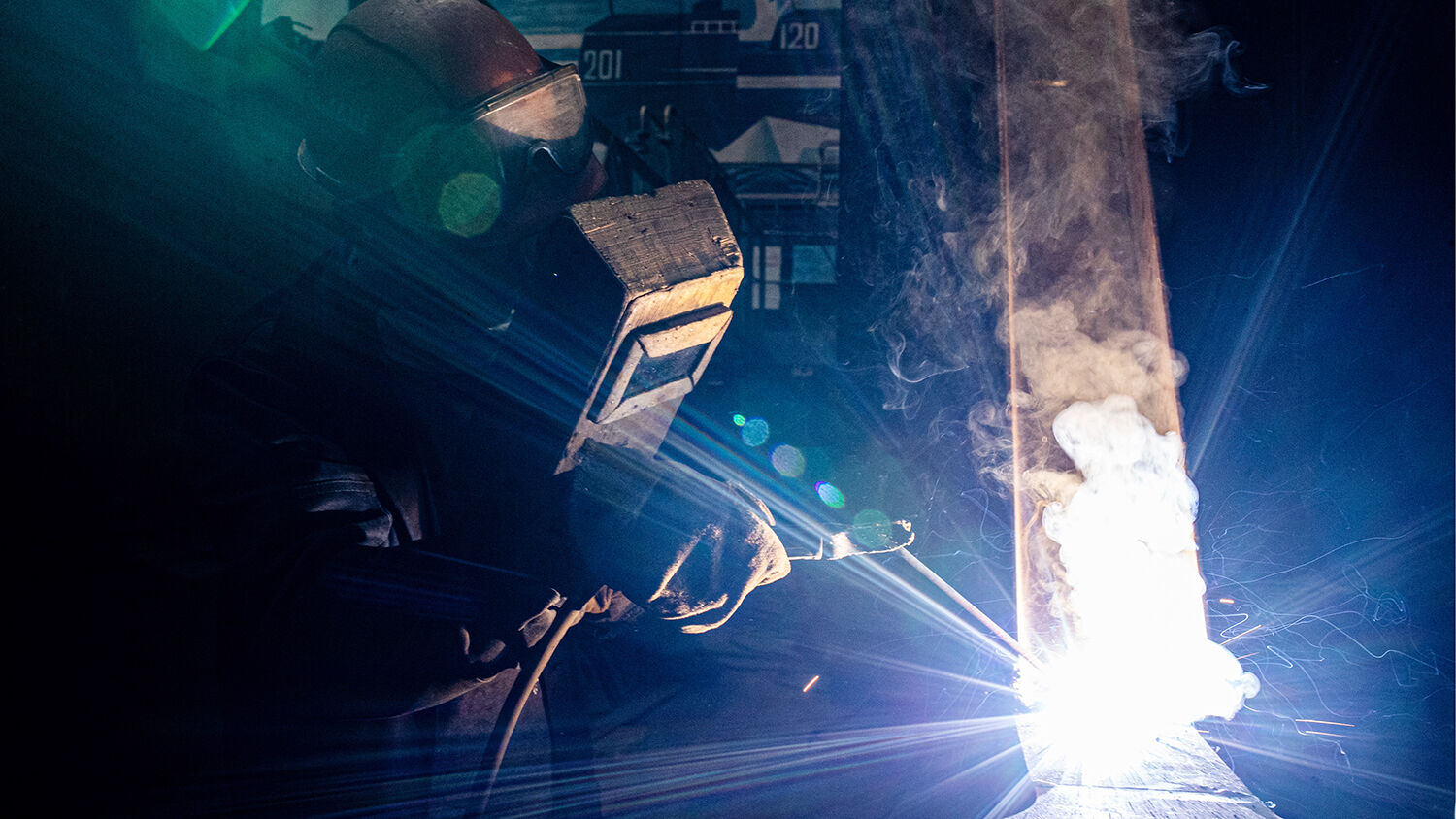 A welder works at the Sevmash shipbuilding enterprise on July 23, 2019.
Sergei Bobylev\TASS via Getty Images

The first upgraded model is set to be commissioned by the end of March.

The tass news agency reported on February 21 that the Russian Ministry of Defense is expected to sign a contract for the construction of its ninth and 10th Borei class nuclear-powered ballistic missile submarines. Seven of these 10 will be the newer, upgraded and more advanced A-class submarine.

tass quoted an anonymous Russian defense industry source as saying, “A decision has been made to sign a contract at the Army 2020 forum for building two more Borei-A missile-carrying submarines. Under the terms of the contract, both ships will be laid down at the Sevmash Shipyard in 2021.”

Currently, three Borei B-class submarines are deployed by the Russian Navy. The first A-class submarine was laid down in 2012 and is now set to be commissioned as early as next month. Named Prince Vladimir, this new submarine is going to be a significant upgrade on an already powerful submarine.

Prince Vladimir will, for the first time, feature the rsm-56 Bulava missile. This ballistic missile can be fitted with up to 10 independently targetable nuclear warheads, generating 100 to 150 kilotons of power, while also supplying up to 40 decoys. Its firing range is an estimated 5,157 miles.

Compared to the B-class submarine, the upgraded A class features a host of technical improvements, a sleeker build, allowing for better maneuverability, and lower sound levels to allow for more effective stealth capabilities. In addition, while the older model can carry 16 Bulava missiles, the newer version will have room for 20.

What is more, Prince Vladimir is only the first. The previously planned fleet of five has now been expanded to seven. With Prince Vladimir expected in just a month, two more will likely be completed in two years.

With three boomers already deployed, this will give Russia a total of 10 nuclear-powered ballistic missile-carrying submarines by 2027.

While such military actions by Russia are often believed to be in direct competition to the United States, Bible prophecy indicates that such upgrades and advancements are placing Russia on a collision course with an increasingly wary Europe.

While Russia may be determined to be on an even military footing with the United States, its continued military aggression, and ever closer relationship with China, frightens Europe.

The 10 European leaders, this “resurrection of the Holy Roman Empire,” is biblically identified as the powerful “king of the north” in Daniel 11. The Prophet Daniel wrote that “tidings out of the east and out of the north shall trouble him.”

Mr. Flurry has explained that Europe will be troubled because of Russia and China gathering their armies and developing militarily, adding, “Look on any world map and see who is located northeast of Europe—Russia and China, which will soon unite.”

The construction of these nuclear-powered boomers will not go unnoticed and will only motivate Europe to unite ever more urgently. To understand more about these prophecies, read our article “The Crimean Crisis Is Reshaping Europe!” by Mr. Flurry.