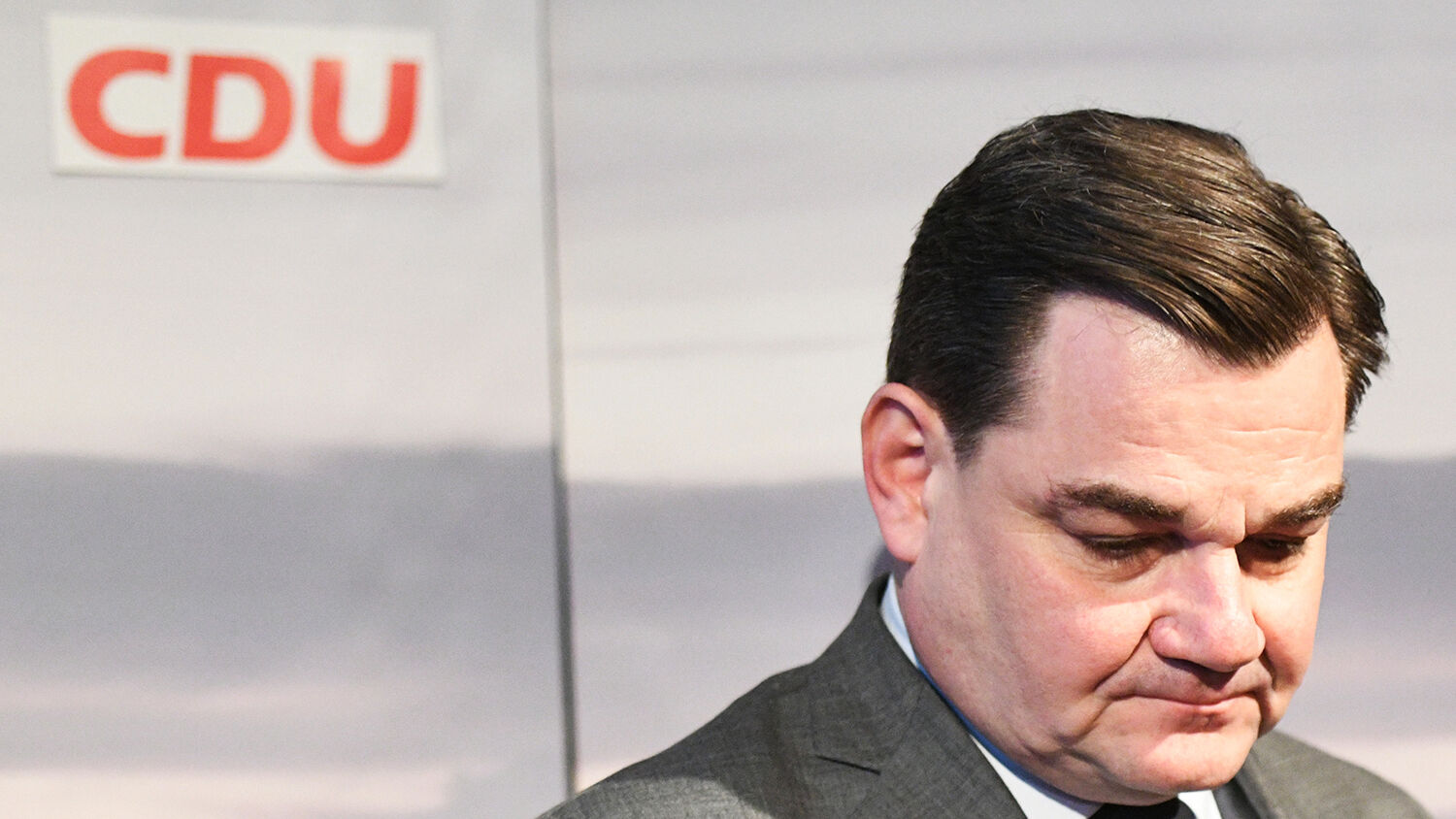 Marcus Weinberg, CDU top candidate in the state elections, on stage during an election party on February 23 in Hamburg
Daniel Reinhardt/picture alliance via Getty Images

How will Germany’s political turmoil end?

Germany’s strongest political party, the Christian Democratic Union (cdu), won only 11 percent of the vote in the Hamburg state elections over the weekend. This is the cdu’s worst result in 70 years in Hamburg. In the last few years, the party has experienced many blows, such as Chancellor Angel Merkel’s resignation from the party leadership. The blow from this election hits especially hard since it comes as the party is in the middle of debating who its next chancellor candidate should be.

The Social Democrats (spd) won the Hamburg election with 39 percent of the vote, followed by the Greens with 24.2 percent, the cdu with 11 percent, and the Left party with 9.1 percent. The Alternative für Deutschland (AfD) and the Free Democrats won 5.3 percent and 5 percent, respectively.

“This result should wake us all up and show us that, right now, there’s a lot at stake,” said German Health Minister Jens Spahn. “It’s Hamburg. It’s Thuringia. It’s the poll results. It’s the position of the party.”

The leading contestant for cdu party leadership and possible successor to Merkel, Friedrich Merz, described the Hamburg election result as a “disaster” for the party. Merz called for an analysis of the election and said the Greens are probably the cdu’s main opponent in the next federal election.

Following a right-wing terrorist attack in the state of Hesse, the AfD saw its support fall. Many partially blamed the attack on the party’s xenophobic rhetoric. The AfD is currently represented in all 16 state parliaments, as well as in the Bundestag.

National opinion polls indicate that while the cdu is still Germany’s strongest party, it is followed closely by the Greens, with the AfD and spd contesting for third place.

While the Greens appear to be the cdu’s primary opponent in Western Germany, the AfD and the Left are on the rise as its main opponents in Eastern Germany. This is forcing the cdu to fight for voters on both fronts of the political spectrum. The current political turmoil has no doubt slowed the country down significantly. Such a crisis demands strong leadership—something Germans are groaning for—but the party is divided over who should fill this vacuum.

Germany will get its strongman. Revelation 17 contains an end-time prophecy about the Holy Roman Empire. This evil empire is prophesied to rise seven times before being destroyed at Jesus Christ’s Second Coming (verses 10, 14). We are approaching this time—meaning this prophecy is for our day. (For more detailed information, request The Holy Roman Empire in Prophecy.)

For this prophesied strongman to come on the scene and the Holy Roman Empire to rise, Germany will need to undergo a drastic political change. The current turmoil is preparing the way for this change.

Verse 8 shows that one overarching leader—a strongman—will lead this 10-nation European combine, known as the Holy Roman Empire. Trumpet editor in chief Gerald Flurry has often pointed out that this leader will most likely be German. He writes in A Strong German Leader Is Imminent:

The current crisis could pave the way for a strong German leader to take power.

Revelation 17 says there will be 10 kings, each ruling one nation or group of nations. This could mean that there is a separate leader in Germany plus this overarching leader. Considering the current political turmoil, this leader could deal with many of Germany’s domestic challenges, allowing the supreme leader of the Holy Roman Empire to deal with Europe’s global challenges.