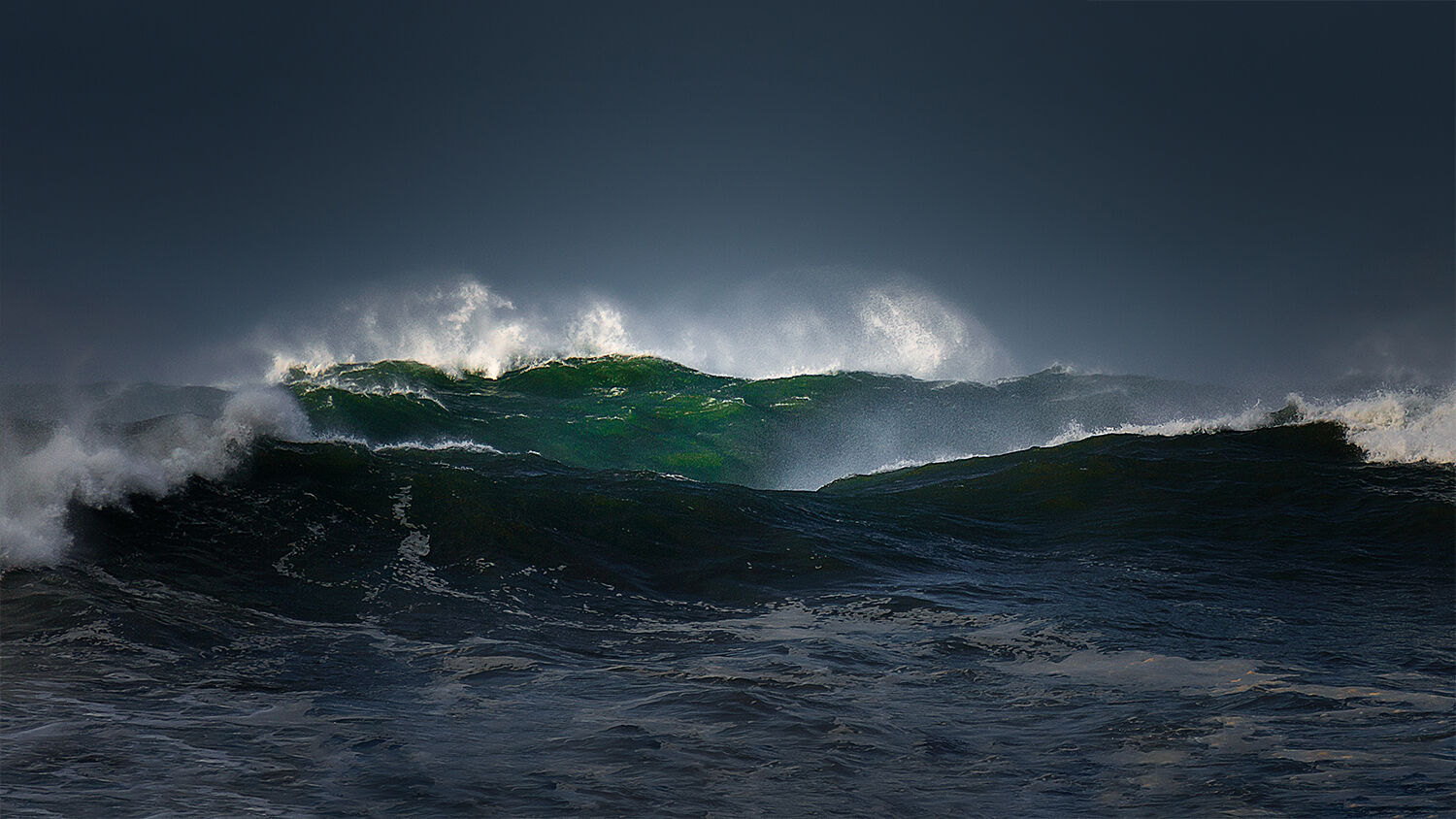 In his book The Europeans, the late Italian author and historian Luigi Barzini likened Germany to Proteus, the sea-god of Greek mythology. Proteus was unpredictable and changeable, like the ocean; he had a mysterious talent for assuming many forms.

Proteus couldn’t be “pinned down easily” and it was impossible to know “the shape of things to come.” He “could be a roaring lion, a harmless sheep, a slippery serpent, a charging bull, or in turn, a rock, a tree, a brook, a bonfire.”

What an apt description of Germany past and present.

Germany today is one of the most peaceful and open-minded nations in the world. It is outward thinking and globalist, and is at the vanguard of all the great exertions, like tackling climate change and inequality and making the world more accepting and inclusive. Germany is tolerant and multicultural, opening its doors to millions of migrants. It is so pacifist that other nations, like the United States, are trying to compel it to be more aggressive. It has no great interest in nuclear weapons, and its military is underfunded and underdeveloped. It has little interest in engaging in martial adventures.

Germany’s capital, Berlin, is one of the most diverse and cosmopolitan cities in Europe. It’s a hub for start-ups and tech companies. Fifty-five percent of its population is under the age of 45, many of whom are university educated and have been raised on a diet of enlightenment and liberalism.

But all is not as it seems.

There is another Germany. One aspect of this Germany is its long-standing problem with intense anti-Semitism, which is reviving once again. Some believe this present bout of Jew hatred is a function of Germany’s large Muslim population. The facts dispel this belief. Anti-Semitic attacks by native Germans are rising all across Germany, especially in Berlin. Several surveys and investigations in the last few years have shown that anti-Semitism is firmly rooted in Germany’s government and many of its institutions, including its military.

Underneath its well-known globalist multicultural skin, this Germany holds increasingly extremist ideologies. The Alternative für Deutschland (AfD) is now its third-largest political party. According to one recent survey, nearly 50 percent of Germans expect this far-right group to enter the national government within the next 10 years. Last week’s elections in Thuringia saw the extremist AfD play a role in forming a state government.

These radical tendencies are not only in those on the far right and far left. “[A]n undercurrent of right-wing radicalism has always infected German politics, including the cdu [Christian Democratic Union],” noted this Foreign Policy article from today. The cdu is the mainstream party of Chancellor Angela Merkel. The article also noted that “a number of long-term sociological investigations have found widespread support for right-wing radicalism within the German populace.”

The article addressed German politics, which are in total shambles right now. Chancellor Merkel has her hand on the door to leave, and the woman she prepared to succeed her just resigned, casting the whole government into chaos. Be sure to read “Germany Sails, Leaderless, Into the Storm” to see how fearful Germans are about their national leadership right now.

Barzini’s comparison of Germany to Proteus is just as relevant as ever. Germany can seem as stable as a rock, then abruptly become more like a trembling volcano. Will it settle down again, or will it erupt? No one seems to know!

This changeability exists in many ordinary Germans as well. Right now, many Germans are experiencing a deep, destructive identity crisis. Who they aspire to be conflicts with who they actually are. How they want to feel about Islam, about the AfD, about the Jews, about the migrants, about Germany’s traditional culture and heritage, struggles against how they actually feel.

The 21st-century German abhors war, defends the environment and human rights, and values international cooperation and collaboration. He is enlightened and sophisticated, liberal and democratic, progressive and open-minded. This is the type of person (and nation) many Germans aspire to.

But there’s a problem. In addition to the fact that these “enlightened” ideologies have major flaws, Germans are now facing major challenges in their national leadership, in the European Union, in trans-Atlantic relations and in Russian relations. The German, who craves order and stability more than most, isn’t getting it.

Meeting the challenges of reality necessitates compromising the aspirations of progressive ideals. Being tolerant feels good, until hundreds of thousands of foreigners enter your nation and you must pay for them. Being multicultural is wonderful, until Muslims waving Islamic State flags settle into your village and stalk your wife and daughter. Being anti-war feels righteous, until the nations around grow feisty and belligerent.

Germany right now is a nation where dreams are dashing against the shoals of reality. Harsh truths are forcing more and more Germans to reconsider their postwar values and reconcile them with more basic human urges. Tolerance is being replaced by prejudice, multiculturalism by patriotism, community spirit by self-preservation and self-advancement.

This is why we watch Germany so closely and passionately!

Germany is changing—into something terrifying!

Many biblical passages forecast that modern Assyria (Germany) will rise to the forefront of European politics and forge itself—at first subtly and cunningly, but then forcefully and violently—into a beast power! Bible prophecy shows that Germany is about to lead a United States of Europe (see Isaiah 10; Daniel 2, 7 and 11; Habakkuk 1; Nahum 2; Hosea 8; Matthew 24; and Revelation 13 and 17).

Without history and Bible prophecy, it is impossible to know “the shape of things to come” in Germany. This Proteus-like quality makes the Germans impossible to predict. But those willing to use the Bible and trust God’s revelation can pin down the Proteus and know what is ahead. And we should all thank God for that.