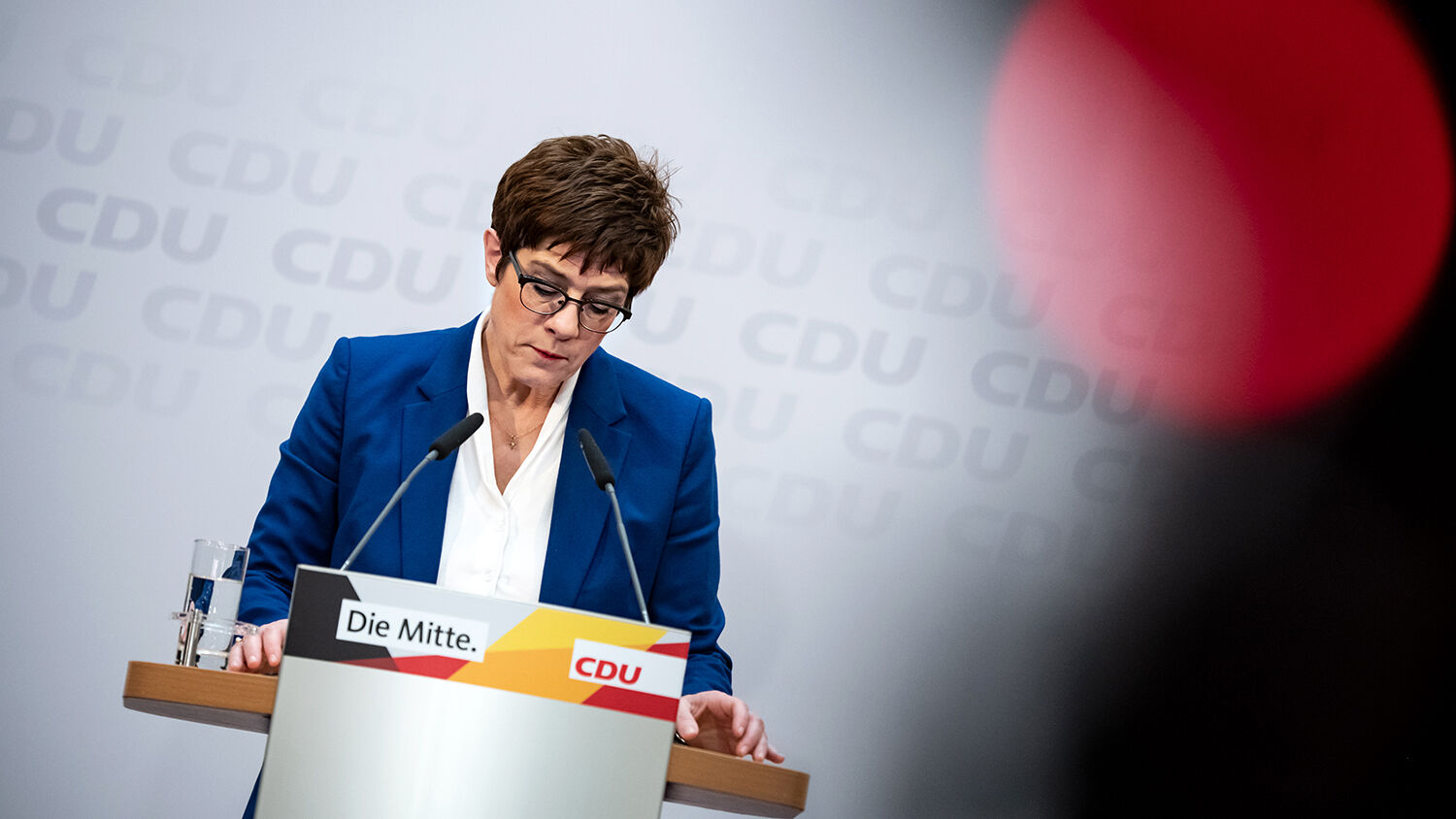 In light of the rise of Germany’s far right and far left, strong leadership is more needed now than ever.

The rise of extremist parties in Germany, coupled with the leadership crisis, has brought German politics to repeated standstills. The highly respected Bundestag president, Wolfgang Schäuble, has blamed the current crisis on the lack of debates, saying that Germany now needs “leadership and charisma” (Trumpet translation throughout).

On February 10, Annegret Kramp-Karrenbauer announced her resignation as party chairman of the Christian Democratic Union (cdu) after just one year holding the office. Kramp-Karrenbauer declared that separating the party leadership and the chancellery was a fatal mistake. She asked that the next party leader also be the next chancellor-candidate. She argued that this decision should be made this summer.

Her announcement has left Germany in unprecedented political turmoil. Never before has the fate of German politics seemed so uncertain. Germany’s so-called “people’s parties,” the cdu and Social Democrats (spd), are experiencing declining popularity throughout the nation. In their stead, the far-right Alternative für Deutschland and the far-left Die Linke (Left party) and the Greens are rising. If this trend continues, German politicians will find themselves unable to form a functioning government without the support of the extremist parties.

Following Kramp-Karrenbauer’s announcement, Schäuble gave a stern warning to his party: “Our next candidate for chancellor won’t be elected as chancellor if we continue to carry on like this.”

Since World War ii ended, the cdu has produced nearly every German chancellor. In most other cases, it was the spd. Both parties, however, are now facing a crisis that challenges this precedent to the core. TheTrumpet.com assistant managing editor Richard Palmer noted:

Schäuble’s warning underlines how serious the current leadership crisis is. Germany’s mainstream parties are destroying themselves from within, and the future is most uncertain.

In an interview with Die Zeit, published February 12, Schäuble said: “Our political system is based on compromises, but also on disputes, alternatives and decisions. And for this, you also need leadership and charisma.”

Various German states and the federal government itself have, in recent years, struggled to form a functioning government, while at the same time, ruling out a collation with the AfD and Die Linke. Considering this struggle, Schäuble has repeatedly advised the cdu to form a minority government—but it has not.

Regarding the recent political turmoil in the state of Thuringia, Schäuble noted: “Now we have a situation where the AfD and the Left Party together have over 50 percent. One shouldn’t just focus on prevention, but also on enabling a government, if necessary also a minority government.”

Minority governments require “leadership and charisma.” Politicians with such qualities are extremely rare. Many see a potential interim party leader, or even chancellor, in Schäuble. But Germany needs to find a leader who can shape the nation for years to come. Considering Schäuble is already 77 years old, he too would soon need a successor.

The Trumpet has predicted, even before the current political crisis erupted, that Germany will get a strong charismatic leader. The Bible prophesies the rise of this man. “And in his estate shall stand up a vile person, to whom they shall not give the honour of the kingdom: but he shall come in peaceably, and obtain the kingdom by flatteries” (Daniel 11:21). A parallel prophecy in Daniel 8:23 notes: “And in the latter time of their kingdom, when the transgressors are come to the full, a king of fierce countenance, and understanding dark sentences, shall stand up.”

These prophecies are “talking about the coming leader of Germany,” Trumpet editor in chief Gerald Flurry explained in “Is KT zu Guttenberg About to Come to Power?” “We can know this by putting this together with other prophecies. For example, the prophecy in Daniel 11:40-45 says ‘the king of the north’ shall rise ‘at the time of the end.’ This is talking about a German-led European superpower. Isaiah 10:5-19 give a similar prophecy, adding that this leader shall be ‘the king of Assyria.’ The modern Germans are the descendants of ancient Assyria. (For proof, read ‘The Remarkable Identity of the German People.’)”

As Mr. Flurry explains in Daniel Unlocks Revelation, we are living in the last days. God has revealed various prophecies “to make thee understand what shall befall thy people in the latter days: for yet the vision is for many days” (Daniel 10:14).

God has revealed specific characteristics about the man who will rule Germany up to Jesus Christ’s return. In the January 2020 Trumpet, Mr. Flurry drew specific attention to these qualities. “This strongman will come to power, likely not by votes from the people, but ‘by flatteries,’” he noted. “He will somehow manipulate the political system to effectively hijack Germany and, by extension, Europe.” Taking control of Germany’s current political system would indeed require unusual charisma and leadership. Mr. Flurry then asked: “Do we see a German leader who comes even close to having such power over people?”

Despite Germany’s current lack of such politicians, Mr. Flurry proved in his article that there is a man who matches these prophecies to a tee: former Defense Minister Karl-Theodor zu Guttenberg. Mr. Flurry explained:

Here are some statements from German news media describing Guttenberg. In 2011, Tagesspiegel referred to him as a “great captivator” and a “man catcher.” Even after Guttenberg’s plagiarism scandal, Chancellor Merkel referred to him as “a magnet who fascinates the people.” In 2016, Die Welt called him a “talented orator who can cast a spell over people.” Such charisma is rare, even among politicians, and it is one of KT zu Guttenberg’s defining traits!

Such charismatic leadership is rare in Germany, as even Wolfgang Schäuble noted. But Germany’s current political crisis requires it more than ever, and the Bible reveals that a leader with these qualities will soon come to power. I encourage you to study these prophecies along with Mr. Flurry’s article “Is KT zu Guttenberg About to Come to Power?” and watch the Trumpet’s forecast come true.