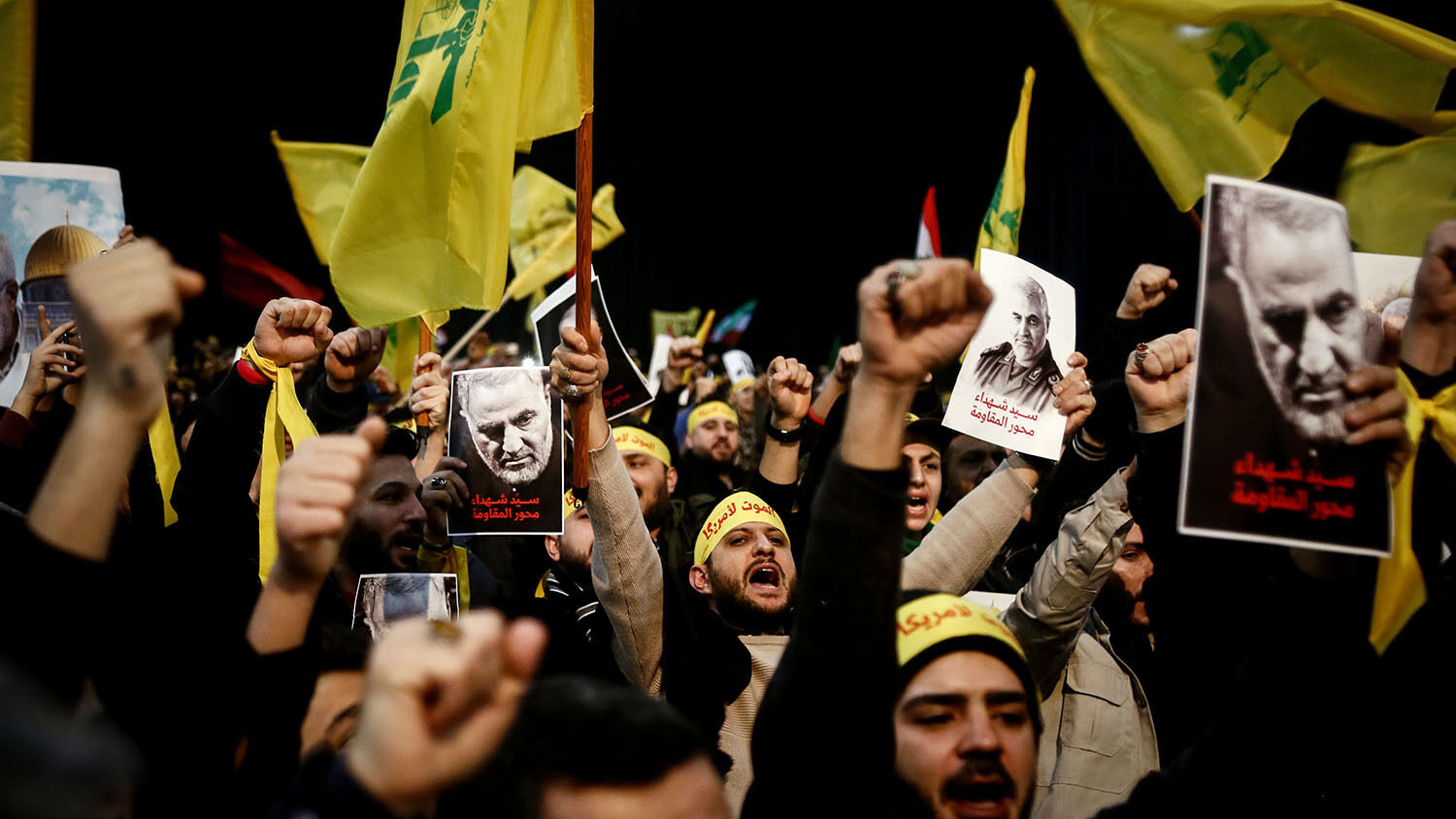 After months of political deadlock, Lebanon formed a new government on January 22, with Hezbollah playing an instrumental part. According to Imad Salamey, professor of political science at the Lebanese American University, Hezbollah was a “major architect” of this deal.

Afterward, influential German members of the European Parliament said they would back a European Union ban on Hezbollah. German Member of Parliament David McAllister said they would “try to draft something that finds sufficient support” within the Parliament to pass a resolution.

In December, the German parliament approved a resolution that called on its government to ban both Hezbollah’s military and political wings from operating within Germany. Now it is pushing Europe, which has designated the military wing as a terrorist group, to ban them from within Europe.

The presence of the Iran-backed Hezbollah movement has drawn mass protests and civil unrest in Lebanon. The new cabinet has been called a “one color” government aligned to Hezbollah.

The Iranian presence in Lebanon has led to a withdrawal of Western funding and financing in recent years, a phenomenon unlikely to change with this new government. Lebanon’s economic woes have resulted in its currency, the lira, losing about a third of its value against the dollar. A shortage of foreign exchange has caused banks to prevent many from withdrawing their savings, with withdrawals being capped at a few hundred dollars a week.

It is this economic turmoil that has driven the civil unrest in the country. This is the challenge facing the new government, one that Professor Salamey does not think it will be able to solve. He said, “[T]his requires, among other matters, attracting Arab and Western financial support that has been withdrawn due to growing Hezbollah political influence in the country.” As a result, this will probably “expedite the country’s economic collapse and political chaos.”

Because Hezbollah’s political wing is not deemed a terrorist organization by the EU it has operational freedom within Europe. It has been able to raise funds and recruit members within the European heartland. Banning it would allow the EU to freeze its assets and funds in Europe.

Although it is currently under massive financial pressure in Lebanon, Hezbollah’s ability to freely operate in Europe allows access to the funds it needs to support itself, not only in Lebanon but also in Syria and as part of the Islamic Revolutionary Guard Corps. As a result, U.S. ambassador to Germany Richard Grenell urged the EU to follow in Germany’s footsteps and designate all of Hezbollah as a terrorist organization.

Grenell wrote for Politico, “Hezbollah is under enormous financial pressure. … But in the meantime, Hezbollah’s coercive influence over Lebanon’s financial sector, and its operational freedom within the European Union, allow it access to the revenue it needs to weather the storm of sanctions. … If the EU wants to take a stand against the Assad regime’s violence in Syria and the export of that violence and instability to Europe, it should follow the German parliament’s lead and designate all of Hezbollah as a terrorist organization.”

Bible prophecy indicates that Hezbollah may ultimately be expunged from Lebanon. If not, the terrorist group will at least be detached from Iran. Whether or not it is this sequence of events that accomplishes that remains to be seen. But as Trumpet editor in chief Gerald Flurry wrote in “How the Syrian Crisis Will End,” a prophecy in Psalm 83 speaks of “a multi-nation Middle Eastern confederation that will ally with Germany.”

The prophecy states: “For they have consulted together with one consent: they are confederate against thee: The tabernacles of Edom, and the Ishmaelites; of Moab, and the Hagarenes; Gebal, and Ammon, and Amalek; the Philistines with the inhabitants of Tyre; Assur also is joined with them: they have holpen the children of Lot. Selah” (Psalm 83:5-8).

Mr. Flurry explained that this coalition of nations has never before come together, meaning this is a future alliance. He explained that “Gebal” is an ancient name for modern-day Lebanon:

Gebal, modern-day Lebanon, is home today to the Iranian terrorist puppet Hezbollah. We can expect it to also switch allegiance!

Even now Germany has naval ships just off the coast of Lebanon. Why should it be so concerned about what’s happening in that part of the world? It is all part of Germany’s global strategy.

This prophecy also reveals that the Philistines are with the inhabitants of Tyre. Get a map and you will see that Tyre is in southern Lebanon, the stronghold of the Hezbollah terrorists. Their alliance with Iran is about to be broken, and Germany will be the main cause.

Germany is beginning to urge Europe to ban all of Hezbollah. This could help reduce Iran’s influence in the country and set Lebanon on course to ally with Germany. Prophecy makes clear that Germany will be at the head of a European superpower in the end time (for a detailed explanation, request our free booklet Germany and the Holy Roman Empire). This German-led Europe will ally with certain Middle Eastern nations—including Lebanon—to achieve its goals in the Middle East.

“Moderate” Arab nations, such as Kuwait, the United Arab Emirates, Bahrain and Saudi Arabia, are already drawing closer to Germany through bilateral relations, arms exports and national security. These are the rumblings of Bible prophecy on the verge of being fulfilled.

We need to closely watch what happens in the Middle East, as well as Europe’s involvement in it all. To better understand the end-time prophecies regarding the Middle East and Europe, request your free copy of The King of the South, by Gerald Flurry.