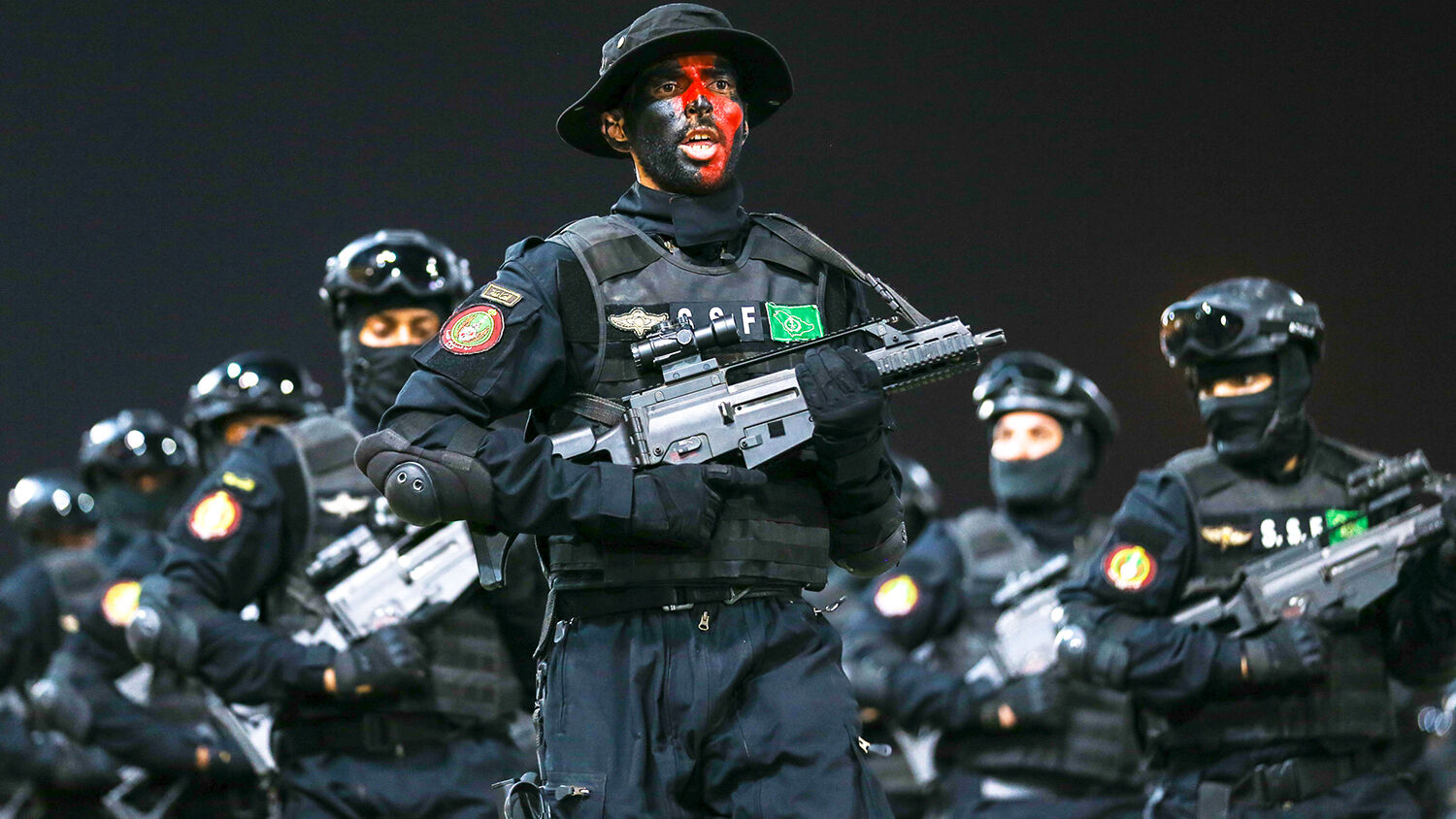 Members of the Saudi security forces take part in a special parade on Aug. 4, 2019.
ABDEL GHANI BASHIR/AFP via Getty Images

Saudi Arabia’s government hasn’t changed; neither has Germany’s relationship with it.

Saudi Crown Prince Mohammed bin Salman is suspected to have orchestrated the murder of Kashoggi. Although the regime has neither admitted to the murder nor allowed insight into the investigations, Germany is loosening its sanctions.

In January, eight police trainers returned to Saudi Arabia to train border guards. Five other German officials are coordinating the mission from a project office in Riyadh.

“As early as June 2012, the ard magazine Fact reported that Saudi intelligence officers were sometimes present in the training measures,” German-Foreign-Policy.com noted. “Religious police officers are also involved. Under the guidance of federal police officers, they not only practice the operation of assault rifles—Riyadh has a license to build the German G3 and G36 types—but also how to ‘deal with so-called large scale operations such as demonstrations.’ So far, mass demonstrations have not been part of everyday life on the Saudi-Iraqi desert border.” This training obviously goes beyond training soldiers for border control.

The federal government has been pursuing a dual strategy for dealing with Saudi Arabia for years. Berlin repeatedly criticizes the desert state for the precarious human rights situation or for the retention of the death penalty.

At the same time, Riyadh is seen by the security authorities as an important cooperation partner in the fight against terrorism, and the German government does not want to completely abandon the strategic partnership with Saudi Arabia.

The reason Germany doesn’t want to abandon its strategic partnership with Saudi Arabia is far more important than most realize. Saudi Arabia is one of the strongest opponents to Iran’s dominance in the Middle East. Germany depends on Saudi Arabia to not only prevent the further spread of terrorism but also protect sea routes, oil supplies and various other interests in the region.

However, the strategic partnership is also prophesied. A prophecy in Psalm 83 describes “Assyria”—modern-day Germany—allying with a group of Middle Eastern powers. In “A Mysterious Prophecy,” Trumpet editor in chief Gerald Flurry wrote:

“For they have consulted together with one consent: they are confederate against thee: The tabernacles of Edom, and the Ishmaelites; of Moab, and the Hagarenes; Gebal, and Ammon, and Amalek; the Philistines with the inhabitants of Tyre [Lebanon]; Assur [Assyria or Germany] also is joined with them: they have holpen the children of Lot. Selah” (Psalm 83:5-8). Here are the modern names of these nations, as taught at Ambassador College under Herbert W. Armstrong: Edom—Turkey; Ishmaelites—Saudi Arabia; Moab—Jordan; Hagarenes—anciently dwelt in the land known as Syria today; Gebal—Lebanon; Ammon—also Jordan. (We cannot be extremely precise in this understanding, but it gives a good general idea of where these nations are today.)

We are seeing this prophecy be fulfilled with absolute accuracy. While we can expect Saudi Arabia’s autocratic regime to continue, we can also expect Germany to uphold its relations with the regime. Together, they are prophesied to confront Iran militarily. Germany may back off from its relations with Saudi Arabia for a time, but it will not break that relationship entirely—and in the long run, it will only grow stronger.

In “A Mysterious Prophecy,” Mr. Flurry explained in detail where this alliance is leading. If you want to understand these prophecies in even greater detail and understand why God recorded them, request a free copy of The King of the South, by Gerald Flurry, which includes this chapter on the Psalm 83 alliance, and much more.