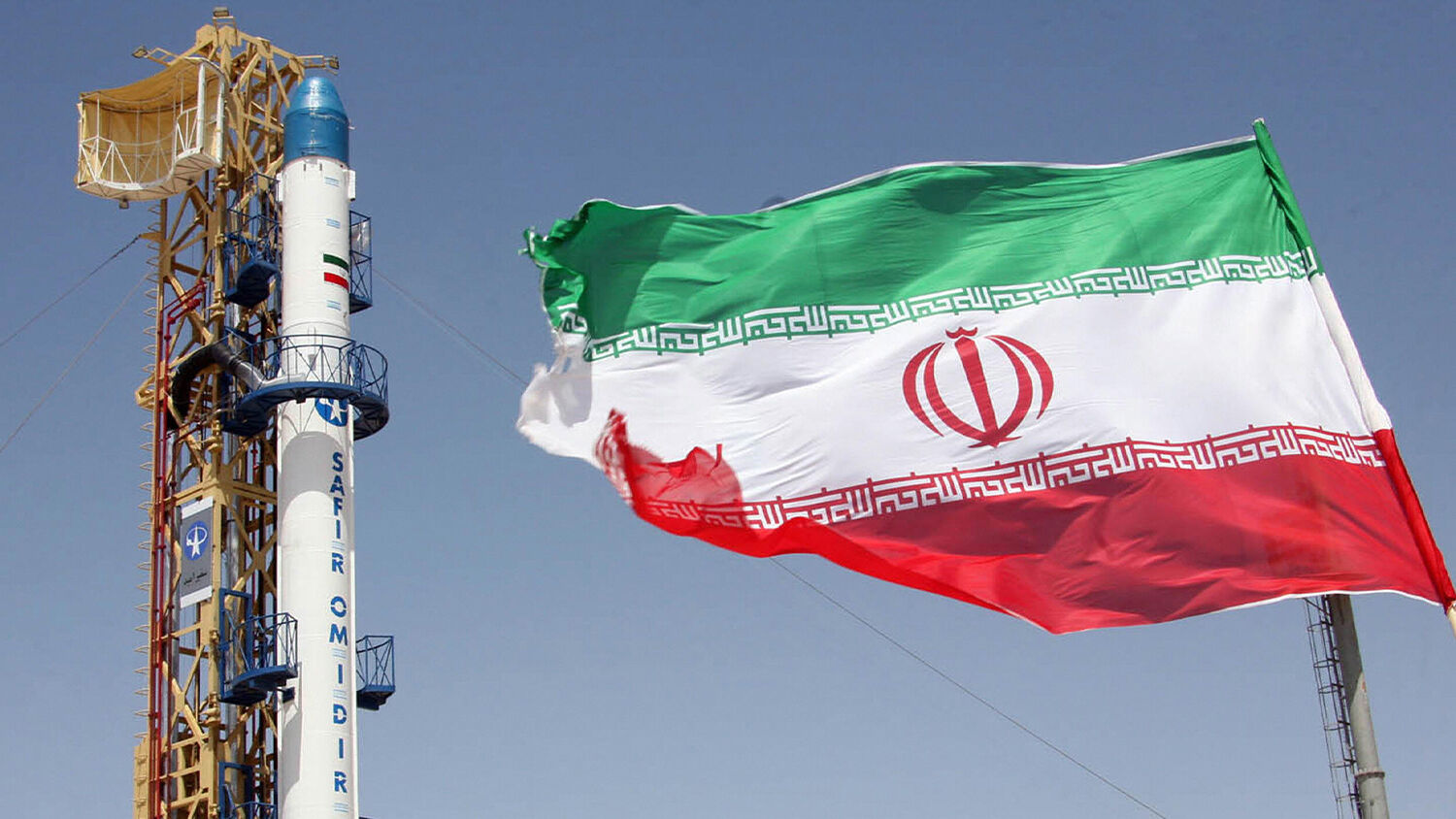 An Iranian flag flies in front of Iran’s Safir Omid rocket, which is capable of carrying a satellite into orbit.
VAHIDREZA ALAI/AFP via Getty Images)

With the same technology, it could be preparing to launch ballistic missiles.

Iran is again preparing to send a satellite into space after three failed attempts last year, in a move the United States claims will be used to advance its ballistic missile program.

San Francisco’s Planet Labs Inc. released satellite images that show a hive of activity around a launch site at the Imam Khomeini Spaceport in Iran’s Semnan province, 145 miles from Tehran.

The images appear to verify Iranian media reports that the nation is planning to launch satellites amid celebrations of the 41st anniversary of the Islamic Revolution on February 11, a time when Tehran often unveils new technological and military advancements.

Following the release of the satellite images, Information and Communications Technology Minister Mohammed Javad Azari Jahromi confirmed on Monday that Iran is preparing to launch its Zafar satellite system. “Yes, a site is being prepared for placing the Zafar satellite into orbit,” Jahromi tweeted in response to an npr article about the satellite images. He went on to write that after the initial launch, a schedule has been finalized for the launch of five more satellites.

Because of this, the U.S. says that Iran is in breach of a United Nations Security Council resolution that calls on Iran to end all activity related to the development of its nuclear-capable ballistic missile program. But Iran maintains that it is not seeking nuclear weapons and that the satellite launch will not aid its military and therefore is not in violation of any UN resolution.

Despite its claims, Iran’s goal is to become a nuclear power. And this satellite launch could be a key component to developing nuclear-capable missile technology.

Iran is very close to becoming a nuclear power. In 2018, experts estimated that with the nation’s current capabilities, it would take seven to 12 months to build a nuclear bomb. Experts now believe it is only four to five months away from building the bomb, and some even suggest it could take as little as two months. To understand what the Islamic nation is quietly working on behind the scenes, read our article “Don’t Believe the Deniers—Iran Wants to Go Nuclear.” This article documents what we know Iran is currently doing militarily, and it all points to one thing: a nuclear bomb. “This history shows that Iran has intended to build a nuclear bomb from the beginning,” it states. “Its recent behavior … has brought the bomb even closer within reach.”

You can be sure that at least one region of the world is paying close attention to Iran’s every move: Europe.

In The King of the South, Trumpet editor in chief Gerald Flurry proves that radical Islam, led by Iran, is the biblical force known as the king of the south. Iran will push at the king of the north, or a German-led Europe, leading to this Daniel 11:40 confrontation. But how does it push? Mr. Flurry writes:

Iran has a foreign policy with a lot of “push.” And since the end of its war with Iraq in 1988, Iran has accumulated a massive arsenal of weapons to back up its aggressive foreign policy, and that arsenal includes chemical and biological weapons. … The blatantly bold and aggressive foreign policy of Iran must lead to war. It will either conquer or be conquered. … Daniel 11:40-43 is an end-time prophecy. It is about a nation that is always pushy in its foreign policy. … Iran is extremely radical—the king over radical Islam. Where is this nation’s pushiness leading? To war! Just as it has in the past. It’s leading to terrifying war with weapons of mass destruction. It can lead no place else.

This nation has a pushy foreign policy that will lead to war. And it is preparing the arsenal right now in the name of peaceful endeavors such as its satellite program. Don’t be deceived: Iran is gearing up for war.

To understand where Iran’s actions are leading, read Mr. Flurry’s free booklet The King of the South.