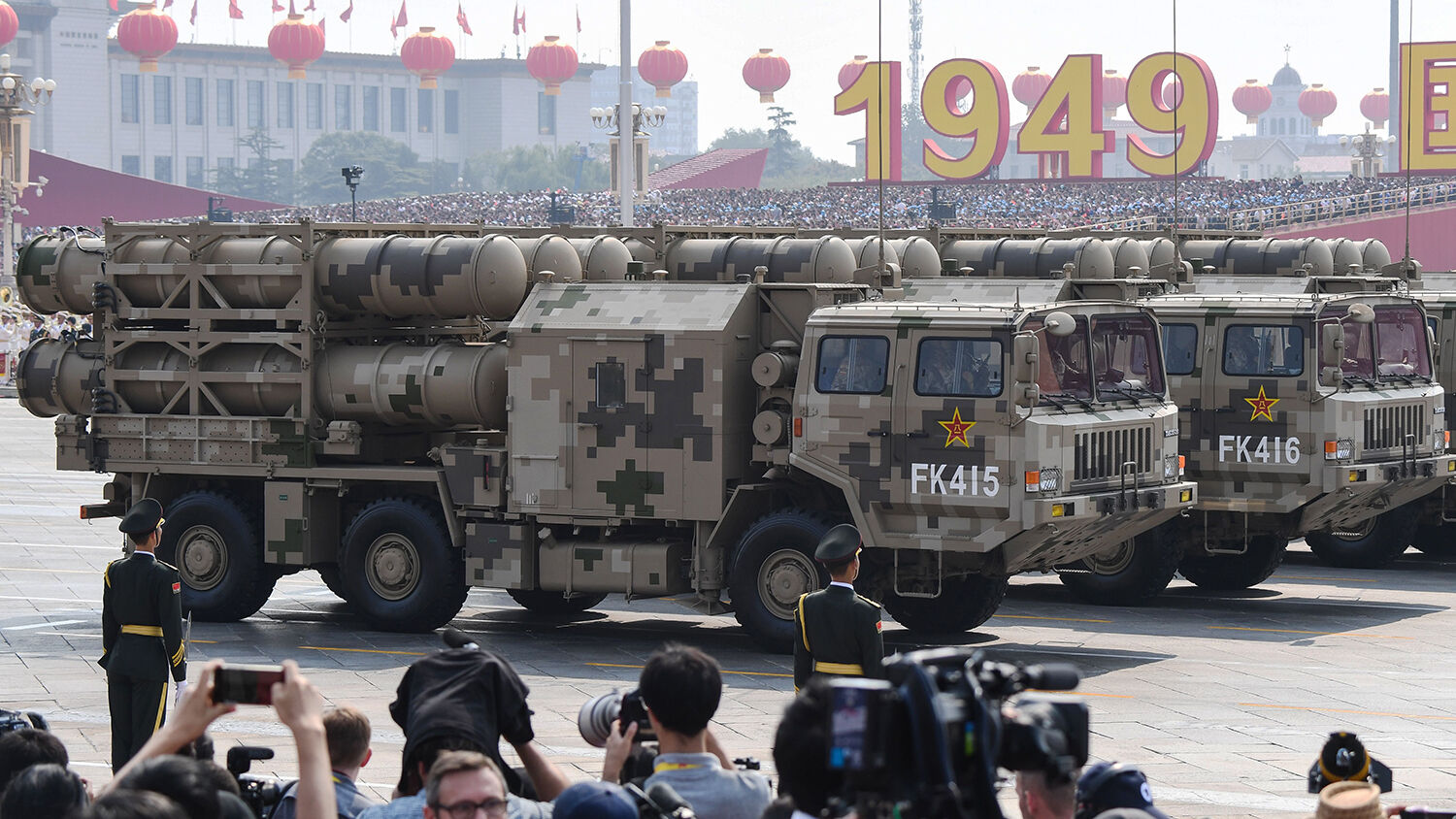 Military vehicles loaded with missiles participate in a parade at Tiananmen Square in Beijing on Oct. 1, 2019.
GREG BAKER/AFP via Getty Images

The past three years have seen a major leap in arms production for China. In 2017, sipri placed China as the sixth-largest weapons producer in the world.

Chinese weapons production is now second only to the United States. China spends between $70 billion and $80 billion on its arms industry each year. Russia, the third-largest producer, only spends $37.7 billion. Though China is still dwarfed by America’s $226.6 billion weapons production, it remains formidable on a global scale.

sipri also noted that the research underestimates the amount of Chinese weapons being produced. In the past, sipri has excluded Chinese companies from its list of the world’s top 100 arms producers because credible financial information was not available. However, greater information now available for some companies has made it possible to track their production more accurately.

The Chinese regime tends not to reveal accurate figures on strategically important data. Other companies and more data exit that could paint an even more aggressive picture of Chinese weapons production.

Most of the arms being produced are bought by the Chinese government. The surge in production means that China is successfully following the directive of President Xi Jinping, who intends to create a “world class” army with fully modernized weapons. China is also one of the worlds top arms exporters. According to sipri, China was the world’s fifth-largest exporter from 2014 to 2018.

China’s push to develop its own weapons industry and modernize its forces is happening in every branch of its military. On air, land, sea and increasingly online, China is moving ahead. In 2019, the Chinese Navy surpassed the U.S. Navy in number of ships. The same year, it began launching advanced Type-055 destroyers.

“Under Chairman Mao, the Chinese were weak, backward and too mired in domestic turmoil to pose a formidable threat to world powers,” we write in our booklet He Was Right. But one man, Herbert W. Armstrong, saw China’s future clearly. It continues:

That was the general scene in the Orient at the time. Most analysts of that era said the ussr was the primary power the Western world should fear, China was essentially a non-threat, and bitter enmity would remain between Moscow and Beijing for decades or even centuries.

But since Mr. Armstrong’s forecasts were based not on appearances, but instead on the sure word of Bible prophecy, they were precisely the opposite of prevailing analysts’ views!

Mr. Armstrong founded the Plain Truth magazine, the predecessor of the Trumpet. He made bold forecasts about China’s rise at a time when it seemed the nation was doomed to be a backwater of the world. Time has proved him right. China is now a modern military power and aims to control the surrounding trade routes. Even a few years ago, most did not expect China’s arms industry to produce as much as it has.

China is identified as one member of the biblical “kings of the east” (Revelation 9:16). Its rise presages the start of the Great Tribulation—this globe-encompassing war will start with a siege. In “China Is Steering the World Toward War,” Trumpet editor in chief Gerald Flurry wrote that God will use China to lay siege against America’s key trade routes.

Anciently God warned the nation of Israel that its enemies would “besiege thee in all thy gates” (Deuteronomy 28:52). This refers to sea gates, which China is currently gaining control over. God allows this punishment because these nations are filled with sin today. “This warning is not just for an ancient nation,” Mr. Flurry wrote. “It is a prophecy for the modern-day descendants of Israel!”

China’s growing military power is preparing the way for this siege to become reality. To learn more about why Bible prophecy tells us to watch China’s rise, read Mr. Flurry’s article “China Is Steering the World Toward War.”