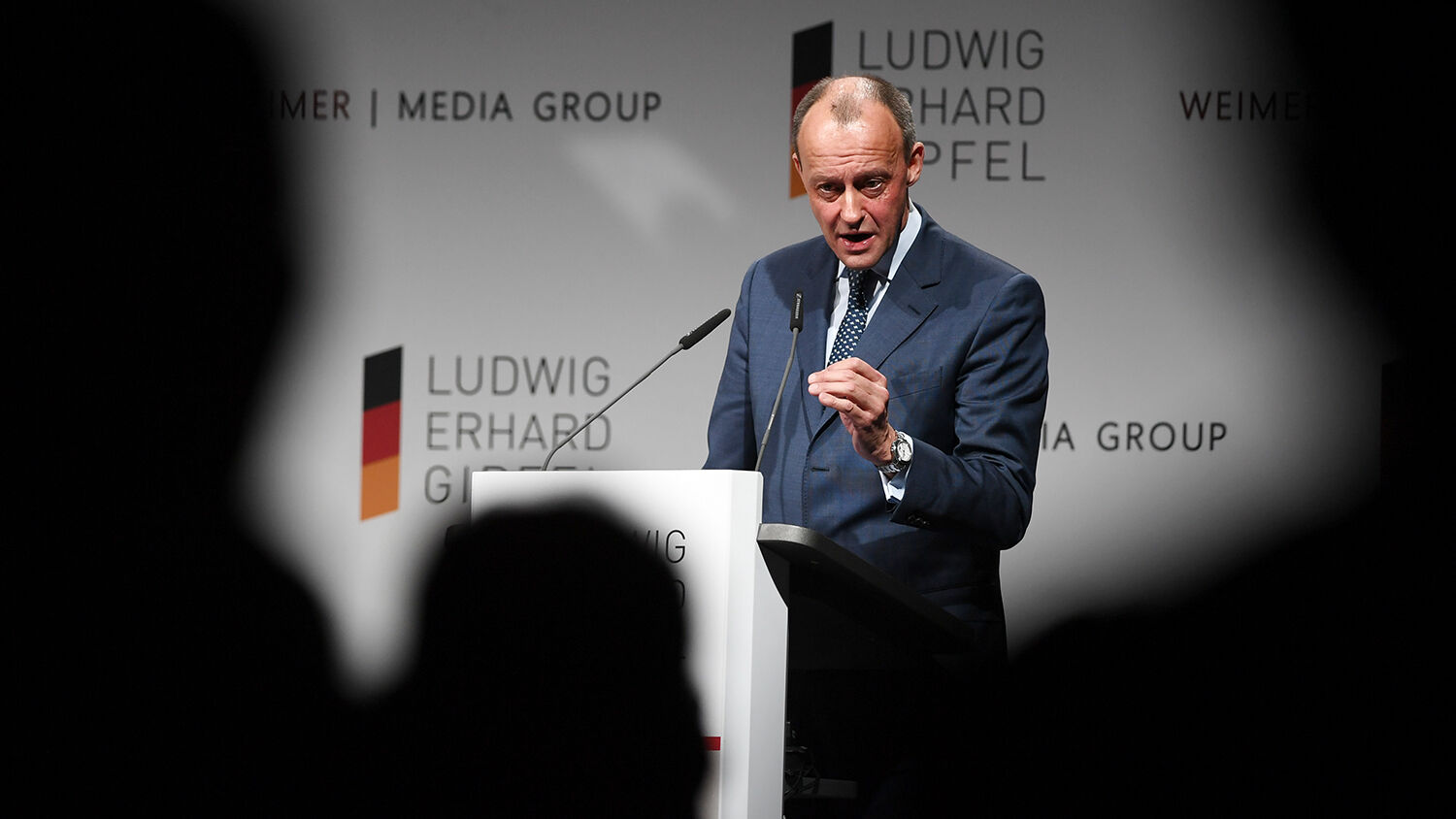 Desperation and division are growing amidst Germany’s political uncertainty.

“We are now at the finality of a highly accomplished chancellor who led a country through many storms,” former German Defense Minister Karl-Theodor zu Guttenberg said about Chancellor Angela Merkel (Trumpet translation throughout). But now is the time, he said, when “the next to come must lead.” Guttenberg has a clear favorite about who this next leader should be: Merkel’s long-time rival, Friedrich Merz.

“For me, there is only one politician in the [Christian Democratic] Union left, who I consider perfectly suitable for this task and who I would vote for: Friedrich Merz,” Guttenberg told the German Press Agency on January 17 at the Ludwig Erhard Summit on Lake Tegernsee.

Merz resigned from politics—largely due to his rivalry with Merkel—in 2009. He previously served as a member of the European Parliament and the German Bundestag. Between 2000 and 2002, he was the chairman of the Christian Democratic Union (cdu) and Christian Social Union (csu) parliamentary group.

Outside of politics, Merz has been a successful corporate lawyer. Guttenberg believes it is “not a disadvantage if someone has not only spent the past few decades in the political circus, but has also seen the world outside.”

Encouraged by fellow cdu member and former Finance Minister Wolfgang Schäuble in 2018, Merz dared the political comeback and challenged Merkel’s candidate, Annegret Kramp-Karrenbauer, for the cdu’s party leadership. With only a slight majority, Kramp-Karrenbauer won the vote. But the question of who will replace Merkel as chancellor remains disputed.

Since taking over the party leadership, Kramp-Karrenbauer has disappointed voters and even partially lost the trust of Chancellor Merkel. Merkel’s term ends in 2021. But the search for a qualified successor is causing many to worry.

Guttenberg noted that neither csu chief Markus Söder nor Kramp-Karrenbauer appear to be convincing chancellor candidates.

There are usually winners and losers in political surveys—but the Union currently seems to be in such a crisis that a new survey on the chancellor question should not cause much euphoria even among those in first place. … The possible chancellor candidates of the Union don’t generate much enthusiasm among the population.

The survey shows that only 42 percent of respondents consider Merz a good option, while 43 percent don’t. Söder was endorsed by 29 percent and opposed by 53 percent. Only 19 percent view Kramp-Karrenbauer as a good candidate, while 74 percent expressed the opposite opinion.

Since no candidate seems completely approved by the German people, most hope to postpone the debate to a later time.

But for Guttenberg, time is short. On January 19, he told a Bavarian audience, “Others are beginning to benefit from our weaknesses.” While there is still hope for the Continent, he said, “[t]he time window is closing.” Guttenberg believes that the current leadership vacuum is being exploited. He said a drastic change needs to take place in Germany’s leadership. If Europe doesn’t act quickly, it will lose its chance as a global power.

Guttenberg’s passion for Europe and urgency motivated his comments, at least in part. But he is also aware that his remarks are further dividing German politics.

Even Merz is extremely careful to portray himself as a team player rather than a rivaling chancellor candidate. He called Guttenberg’s comments “not defamatory” but emphasized that the question for his candidacy isn’t a topic he wants to deal with right now. “I have to answer this question for myself,” Merz said. “We have to answer it in the cdu, also in the csu, if it has to be answered—and that may be at the end of the year, but that is certainly not today.”

Merz hopes to reconcile with Kramp-Karrenbauer and increase his chance of becoming more involved in politics prior to the next federal election. It is, therefore, debatable if Guttenberg’s comments have helped or will actually harm Merz in the short term. One thing is sure, Guttenberg has again stirred a media debate that is polarizing the Union.

For many years, Trumpet editor in chief Gerald Flurry has highlighted a prophecy in the book of Daniel that reads: “And in his estate shall stand up a vile person, to whom they shall not give the honour of the kingdom: but he shall come in peaceably, and obtain the kingdom by flatteries” (Daniel 11:21). Notice that this prophecy, like the whole of book of Daniel, is for the end time, right before Jesus Christ’s Second Coming (verse 35).

In “Is KT zu Guttenberg About to Come to Power?” Mr. Flurry proved that the Bible indicates this prophecy could be fulfilled by Guttenberg. Many over the years have suspected that Guttenberg is secretly preparing for a political comeback; but with each passing year, those expectations have remained unfulfilled.

In light of Bible prophecy, however, Guttenberg’s comments are revealing. Daniel 11:21 says that this prophesied strongman will come to power through flatteries—in other words, not through the ordinary democratic means. By stirring division, Guttenberg may be preparing for his own comeback.

He said that it is not a disadvantage if someone has been away from “the political circus” for quite some time. Political observers and party members well know that this certainly applies to Guttenberg, who left politics in 2011. Is he signaling his willingness to shape European politics again? Time will tell.

As Guttenberg’s criticism against Germany’s current political establishment gets louder, it’s crucial to understand the Bible’s underlying prophecies that reveal where world events are leading. Request a free copy of A Strong German Leader Is Imminent, by Gerald Flurry, to learn more about what the Bible reveals about Germany’s future.