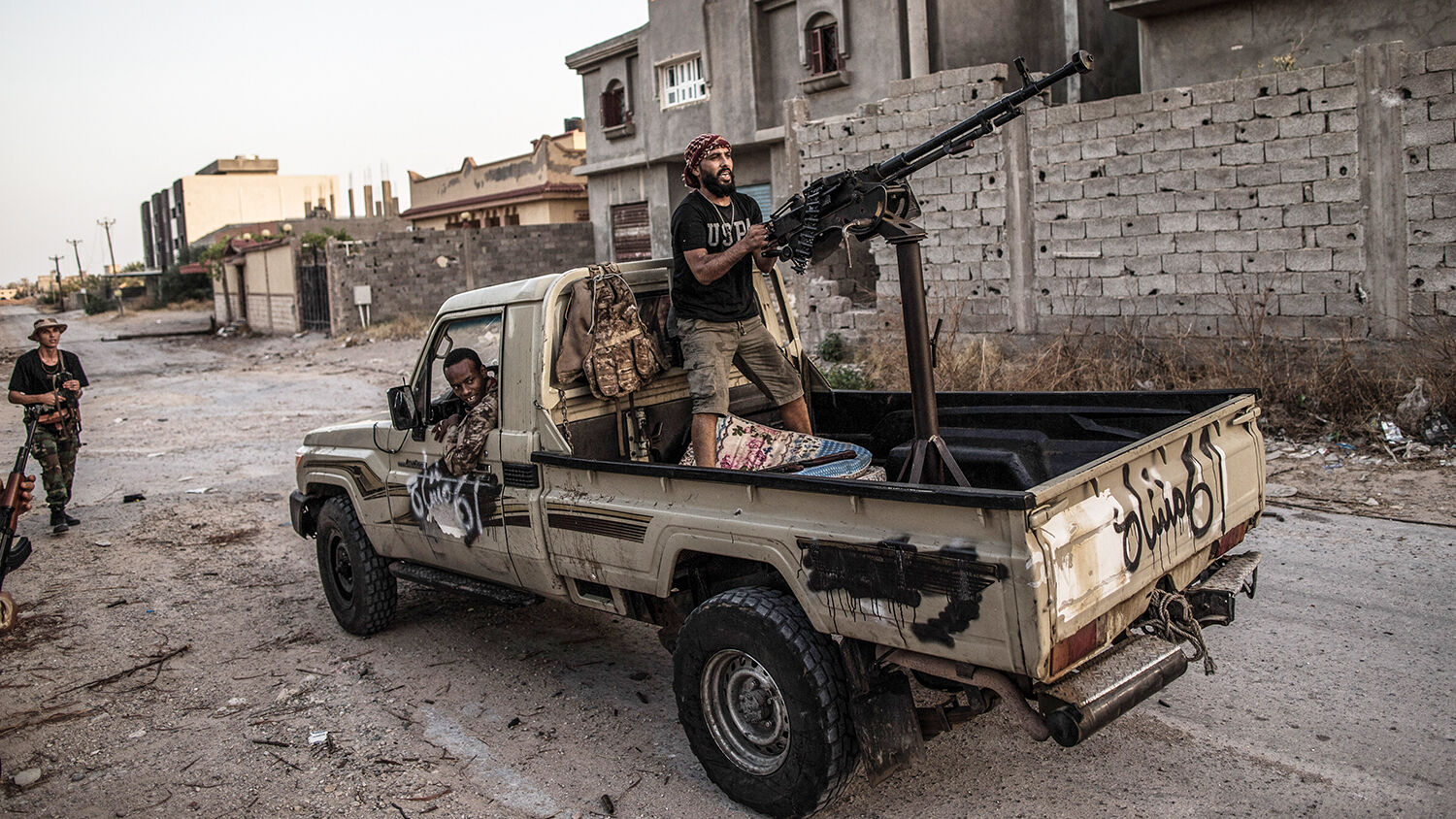 Why is France getting involved in a conflict it condemns?

EU Observer warned on January 24 that French weapons sent to the United Arab Emirates and Egypt risk adding fuel to the ongoing Libyan civil war. The ongoing conflict between Army Cmdr. Khalifa Haftar and United Nations-backed Fayez al-Sarraj makes such shipments illegal under UN sanctions. So why is France getting involved?

The European Union published data in November 2019 for France’s 2018 arms exports. It found that France has exported nonlethal electronics and weapons systems to Libya directly, while sending other Arab nations lethal weapons, which are filtering into the conflict-ridden country.

France is taking advantage of a loophole in the wording of UN sanctions, which only outlaws the delivery of lethal weapons. However, “nonlethal” weapons, such as fire-control systems and radars, provide a technological edge to Haftar’s forces, which would otherwise be much harder to obtain.

Meanwhile, lethal weapons are able to flow into Libya via Arab nations that trade with France. This includes everything from small arms to mortar rounds to jet fighters. French Mirage fighter jets were seen conducting air strikes in 2019. In June 2019, three Javelin anti-tank missiles were found at a base formerly used by Haftar’s forces. While they had come from the United Arab Emirates and were assumed to be of American origin, the Pentagon investigated and proved them to be from France.

“Libya is a game of who dares wins and, so far, it’s Turkey and Russia who dare,” Michel Koutouzis of French news site Mediapart told EU Observer. Europe, at the moment, appears indecisive and unstable in Libya, with Germany weakly mediating between belligerent Turkey and opportunistic Russia. Meanwhile, France and Italy are backing opposite sides of the civil war. However, the EU will not be squeezed out of Libya so easily.

In World War ii, Germany’s objective in Africa was to gain control over oil-rich Libya and block strategic trade routes, effectively securing its vulnerable underside against an invasion. When this failed, the Allies were able to invade Sicily and begin closing in on Germany.

Today, Libya retains its strategic relevance for Europe. It is a vital oil producer and a gateway to the Mediterranean for thousands of migrants trying to reach Europe.

In the coming years, Libya will be involved in a power struggle between Europe and radical Islam.

In “Mediterranean Battle Escalating Into World War III!”, Trumpet editor in chief Gerald Flurry wrote, “Astute observers in Europe, especially Germany, see what is happening in North Africa. This is motivating European leaders to accelerate their own strategy to counter the Islamist tide.” Influence over Libya is key to this, as it is a vital buffer against the extremism-plagued Sahel region. This is why France has thrown its weight behind Haftar, the faction it believes will bring more stability to the country.

Libya is vitally important to Europe. It is also vital to another rising power: Iran.

The Trumpet watches Europe’s involvement in Africa and the Middle East because of Bible prophecy. A German-led European superpower is currently rising. Daniel 11:40-43 show that it is headed for a clash with radical Islam. In the context of this German “whirlwind” attack against radical Islam, Libya and Ethiopia are also subjugated. This means that radical Islam has a foothold in these countries.

French weapons shipments to Libya are all about countering Iranian-backed radical Islam. This will lead to confrontation, which will be the beginning of devastating world war.

“Watch the Mediterranean!” wrote Mr. Flurry. “Bible prophecy shows that it will be a major staging ground for battles that will escalate into world war!”