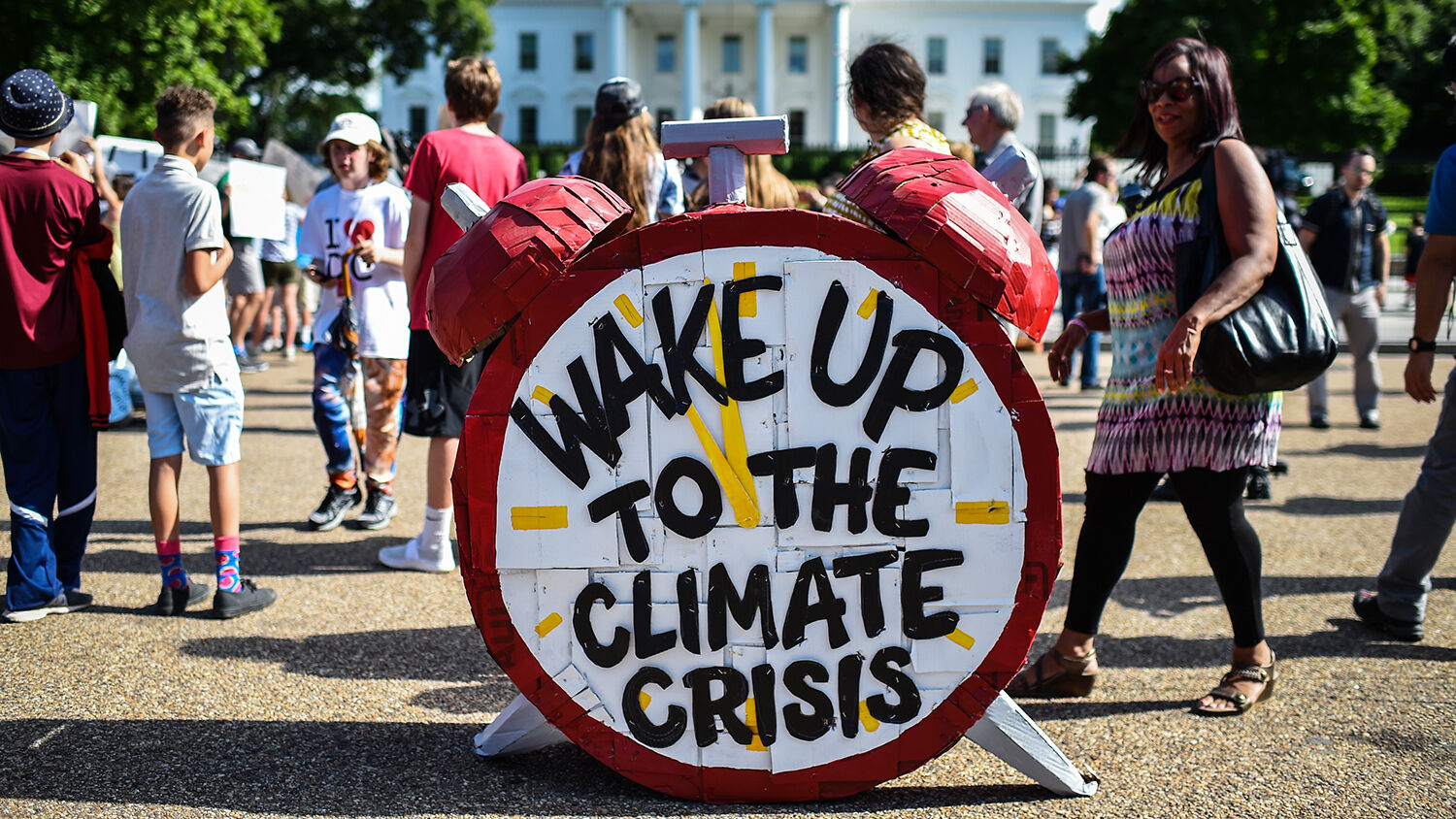 America has defied the predictions of climate change extremists and is ‘winning again’ economically. Will it last?

The president struck an optimistic tone on all these subjects.

@realDonaldTrump brought a message of optimism to the at Davos. ️ pic.twitter.com/Q7Qlgv8jdM

He also highlighted two free-trade deals agreed in the past week: one with China, the other between the U.S, Canada and Mexico.

“[T]he United States is in the midst of an economic boom, the likes of which the world has never seen before. We’ve regained our stride, rediscovered our spirit, and reawakened the powerful machinery of American enterprise. America is thriving, America is flourishing, and yes, America is winning again like never before.”

While President Trump mainly discussed the economic boom under his administration, the issue of wildfires in Australia and weather disasters around the globe became a dominant theme of the conference. With climate activist Greta Thunberg listening, President Trump made the following statement on climate change:

This is not a time for pessimism. This is a time for optimism. Fear and doubt is not a good thought process, because this is the time for tremendous hope and joy and optimism and action. But to embrace the possibilities of tomorrow, we must reject the perennial prophets of doom and their predictions of the apocalypse. …They predicted an overpopulation crisis in the 1960s, mass starvation in the ’70s, and an end of oil in the ’90s. These alarmists always demand the same thing: absolute power to dominate, transform and control every aspect of our lives.

Trumpet executive editor Stephen Flurry commented on the president’s remarks on the January 22 Trumpet Daily Radio Show. He said it stood as yet another example of the president “pushing back at these climate change extremists, and exposing the instances where they got it flat-out wrong.”

People need to know what the Bible says regarding the cause of weather disasters. Mr. Flurry commented that though the Bible is clear on this matter: The message will not be well received, even in the Christian world. Why? It is a message about our sins. Weather disasters are one form of God’s correction for disobeying His law. Through these disasters, God tells us to turn from our sinful ways and obey Him.

Our free booklet Why ‘Natural’ Disasters? offers clear explanations about why these events are happening with increasing frequency and power. Mankind’s actions do affect the weather, but not in the way proponents of climate change believe.

America’s economy is stronger than ever, despite increasing weather disasters and climate change rhetoric. The key question is, how long will it last?

Mr. Flurry referred listeners to the article “Saving America From the Radical Left—Temporarily,” written in 2018 by his father, Trumpet editor in chief Gerald Flurry. This article explains a Bible prophecy in Amos 7, which is directed at America today. Amos 7 describes how King Jeroboam ii of ancient Israel rejected God’s warning message. Biblical Israel prophetically refers to the United States and Britain today. (For a full explanation, order your free copy of The United States and Britain in Prophecy, by Herbert W. Armstrong.)

This has a modern-day parallel. Today, a leader of Israel is presiding over a resurgence in American economic and military power, just as Jeroboam did anciently. Yet just as President Trump is pushing back against the climate change “prophets of doom,” as he called them, “your Bible says he’ll also push back against a message that says these [weather disasters] are being caused by our sins—we are to blame,” said Stephen Flurry.

As with Jeroboam anciently, industry is being revived and the economy is growing. This was prophesied in the Bible.

But time is short. “That resurgence was temporary,” he wrote. “Not long after, Israel was conquered and its people dispersed in captivity to the Assyrians.”

America’s age of prosperity will be short-lived. God is bringing punishment on the American and British peoples for their rebellion against His rule.

However, you can escape this punishment and have peace of mind, knowing where events in America and around the globe are leading. To read more about this temporary American resurgence and how it points to Jesus Christ’s imminent return, read “Saving America From the Radical Left—Temporarily.”