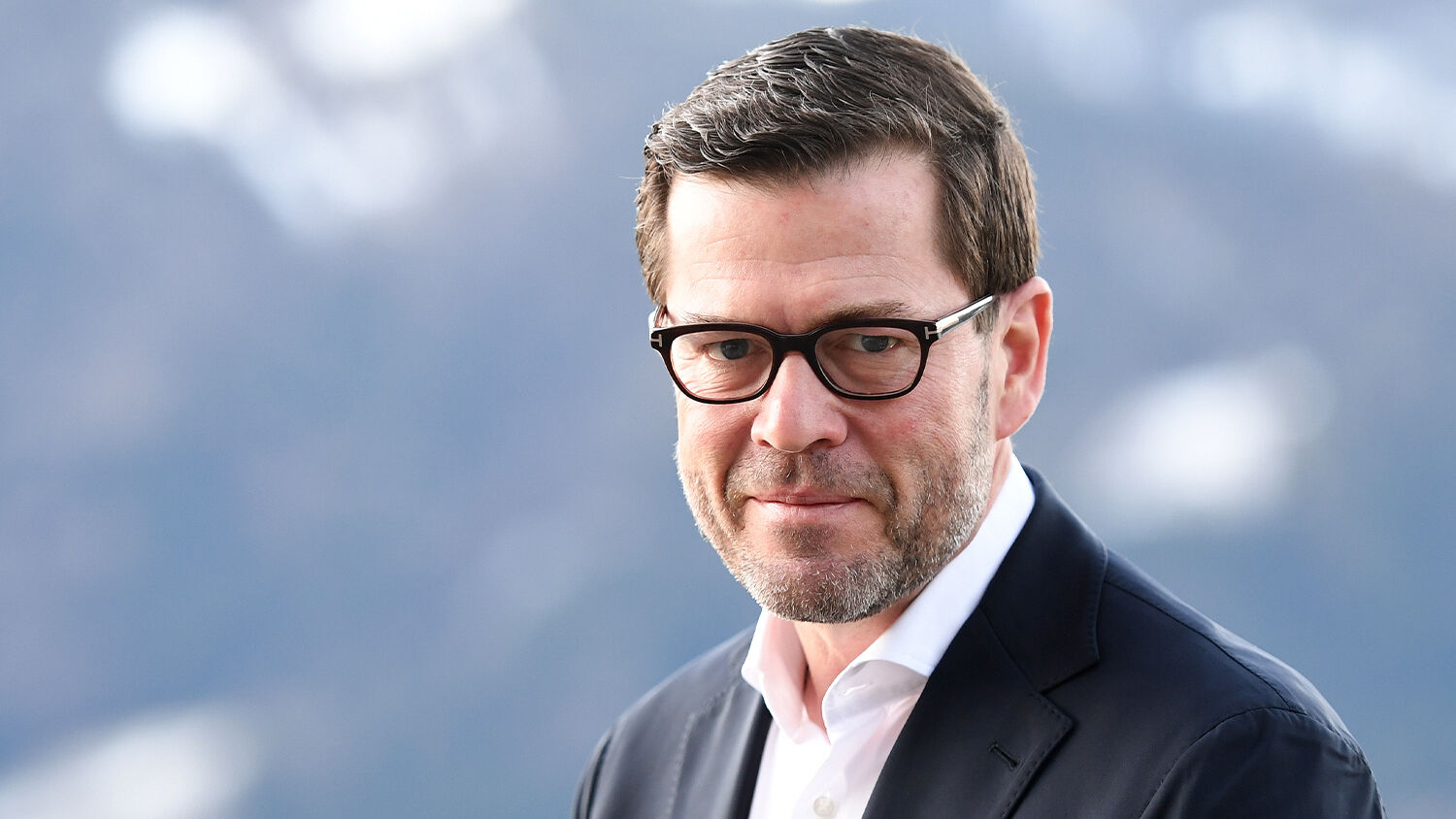 This is Gerald Flurry, Trumpet editor in chief. We live in urgent times. I think European leaders see that more than American leaders do.

Austrian news site Die-Wirtschaft.at published an interview of Germany’s former defense secretary, Karl-Theodor zu Guttenberg, on Nov. 27, 2019. In it, Guttenberg talked about “a final wake-up call” for Europe (Trumpet translation throughout). His recent urgency and appeal to Europe should also be a “wake-up call” for us.

Guttenberg was asked, “How can Europe position itself to play a decisive role globally alongside China and the U.S.A.?” He said, “One needs to see the antagonism between China and the United States and the resulting lines of conflict as an opportunity for Europe” (emphasis mine throughout). This man is thinking big! He knows that Europe needs a different kind of leadership to do this.

Daniel 8:23-24 prophesy of a strongman rising in Europe and bringing about exactly what Guttenberg is describing! (You can learn about this prophecy in our free booklet Daniel Unlocks Revelation.) Could Guttenberg be the man who fulfills this prophecy?

“Would it be time for the European Union to adopt a geopolitical agenda that goes beyond economic policy?” Guttenberg was asked. “Definitely!” he responded.

Guttenberg then talked about armed forces and how developments in China and the United States give him “hope that this final wake-up call will now be heard.”

“This final wake-up call,” he said! Either respond now, or it won’t happen. That’s a rather urgent message!

Wouldn’t you say this man has the urgency to fulfill the role of this prophesied end-time German leader?

Guttenberg claims that Germany needs “to overcome some understandable historical complexes.” He also said that “Europe has a realistic chance to become world champion in adaption”—adapting to all the global military and economic challenges he’s talking about.

The interviewer asked, “Would it be conceivable that you would return to politics and initiate appropriate reforms?” Guttenberg responded, “Well, I think a lot of people would be happy if I keep saying no.” That’s a canny political statement. But he keeps moving in that direction, and they won’t change the subject. They are keenly aware that Germany lacks the leadership to bring his demands about. And Guttenberg knows that too.

In an interview with rtl/n-tv editors on January 17, Guttenberg said this about Germany’s current chancellor, Angela Merkel: “We are now at the finality of a highly accomplished chancellor who led a country through many storms.” But now the time has come, he said, when “the next to come must lead.”

Now, who do you think this next leader will be? The Bible gives some strong indication that it could very well be Mr. Guttenberg. I explained this in the cover story of our January 2020 Trumpet issue.

On January 19, Guttenberg gave a speech titled “2020: Risks and Opportunities of a Trans-Atlantic Key Year” in Bavaria. The local news media quoted him making this revealing statement: “Others are beginning to benefit from [Germany’s] weakness.” While there is still hope for the Continent, he said, “The time window is closing.”

I believe he is watching China, and he is concerned about China’s rising influence in Europe and elsewhere. He also indicated that Germany and Europe have to act while the trans-Atlantic relationship is still somewhat strong.

Guttenberg sees that Europe can benefit from the conflict between China and the United States. The U.S. is putting somewhat of a check on China, temporarily; this gives Europe a window of opportunity. But it is short—I believe Guttenberg is absolutely right about that.

The Bible reveals that Europe is going to become a powerful military power—so powerful, in fact, that it will reach the point where people wonder, “Who is able to make war” against it? (Revelation 13:4).

Guttenberg often laments that Germany failed to support French President Emmanuel Macron in his ambition to reorganize Europe. When Macron called for a “true European army,” he said it would be necessary to protect Europe “with respect to China, Russia and even the United States of America.” This statement shocked many analysts in the U.S.—but apparently it didn’t shock Mr. Guttenberg.

Prophecy shows that once this European army forms, something dramatic will happen to the leader of this superpower that will indeed direct it against the U.S.!

Habakkuk 1:11 prophesies that Europe’s strongman will have a mind change. Satan is going to get a grip on his mind and control that man! This evil spirit being is the father of liars and was a murderer from the beginning (John 8:44). He lies continually. He hates people and hates what God is doing—and he is doing everything he can to destroy it!

When Satan gets control of a leader who controls a powerful army, we had better pay close attention! This should be a real “wake-up call” for the whole world!

Sadly, our people and media lack urgency—just like they did in the lead-up to World War ii. Instead, we continue in our sins. The Bible reveals that this strongman will come on the scene “when the transgressors are come to the full” (Daniel 8:23). Have we ever lived in a more godless society than today? People are wallowing in unspeakable evil.

Because of those sins, God will allow Satan to get control of this prophesied strong leader. God is bringing punishment on our nations unless our people quickly repent. There isn’t much time left!

But notice how the prophecy in Daniel 8 concludes with good news: “And through his policy also he [this European strongman] shall cause craft to prosper in his hand; and he shall magnify himself in his heart, and by peace shall destroy many: he shall also stand up against the Prince of princes; but he shall be broken without hand.” The “Prince of princes” refers to Jesus Christ at His Second Coming! This man is going to stand up against Christ, who will break him before the whole world! That is wonderful news for everyone!

Our people will learn to look to God one way or another very soon. But we could avoid an awful lot of suffering if our leaders and people would heed God’s message while there is still time. God is sending His final wake-up call, you could say, for any nation or individual to repent!