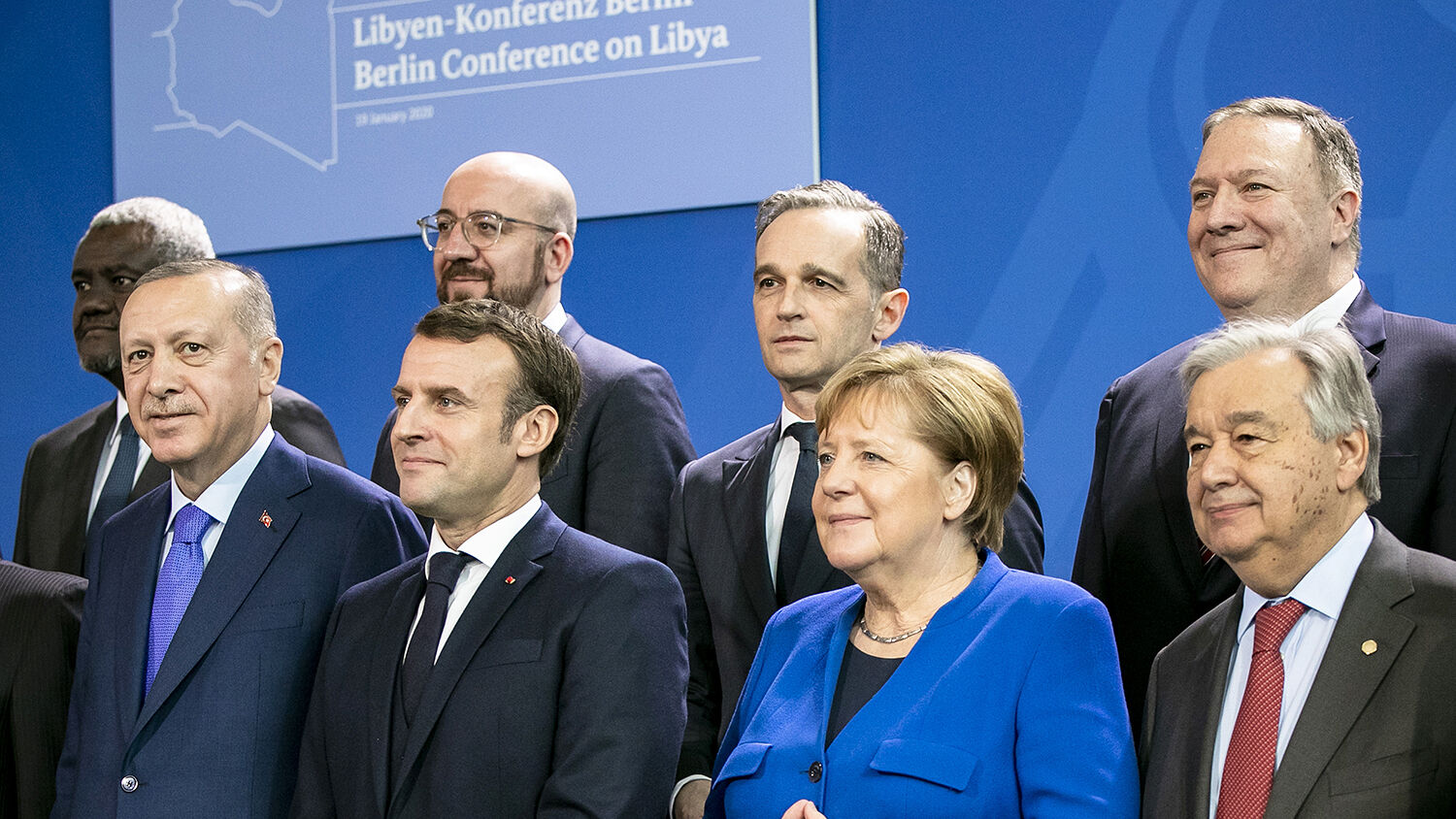 Europe’s attempt to bring peace to Libya is actually leading to war.

Top-ranking officials from governments around the globe gathered in Berlin, Germany, on January 19 to discuss solutions to the civil war in Libya. The conference follows a January 16 visit by German Foreign Minister Heiko Maas to Benghazi. These events mark what could be the beginning of an expanded German role in Libya.

For Europe, the conference was a diplomatic embarrassment. Turkey and Russia agreed to a truce, but the European Union was most noticed for its indecisive approach. Meanwhile, hostility remained strong between the opposing Libyan leaders: Khalifa Haftar of the Libyan National Army and Fayez al-Sarraj of the Government of National Accord. The two refused to speak to one another or enter the same room.

The conference became another reason for the media to call for German intervention in Libya. German media have been critical of the entire event. German-Foreign-Policy.com highlighted comments from Wolfram Lacher of the Berlin-based swp think tank, who said anyone who thought the conference was a success was living in a “parallel realty.” Zeit lamented “the German disability,” which has made the country “dependent on stronger powers” for influence in such conflicts.

Although Germany and the EU so far appear paralyzed, Germany will get much more involved.

The EU’s chief diplomat, High Representative Josep Borrell, signaled a major shift in Operation Sophia during a press conference on January 20. Sophia started as a means to control migration. Europe will now “revive” and “refocus” the mission to cover enforcement of the Libyan arms embargo. Borrell said that his staff had been “analyzing the situation after the Berlin conference and how the EU can engage more forcefully.”

This is a major and overlooked change. It gives new life to the operation, which has not had any warships allocated to it for some months. Borrell also hinted that the mandate for Sophia would soon include Europe’s armies and air forces: “We also have to control the land and the air,” he stated.

Radical Islam in North Africa has become impossible to ignore. Borrell described Libya as “a sort of tumor, which has metastasized throughout the region and that unbalances all the countries around the Sahara.” He noted that Sahel nations lost 1,500 soldiers in 2019, the highest number since 2012. Including civilian deaths brings that total to roughly 4,000.

The crisis in Libya provides an opening for the EU to ramp up its military presence in this troubled strategic region.

As early as 2016, Trumpet editor in chief Gerald Flurry identified peacekeeping missions in Libya as an ideal cloak for German ambition. “The situation in Libya is a good pretext for the Europeans to move down to secure this area so critical to controlling the Mediterranean,” he wrote in”Mediterranean Battle Escalating Into World War III!”

Fast-forward to today, and the same situation exists, only with greater urgency. Libya is a proxy-war battleground. Factions backed by Russia and Turkey, in addition to radical Islamic groups, have carved up the entire country. Amidst this, Europe is being encouraged to fill the void as a peacemaker.

Yet the solution being pondered by Europe’s leaders is not political, but military. Borrell said that “all assumptions are on the table.” Germany is likely to send troops in the future. Italian Prime Minister Giuseppe Conte and Greek Prime Minister Kyriákos Mitsotákis have already made clear that they are ready to send soldiers on an EU mission, according to German-Foreign-Policy.com. France, Europe’s largest military power, is already involved in the neighboring Sahel region and would also likely contribute.

For the past six years, the world has focused on Europe’s struggle with migrants making their way through North Africa and navigating the treacherous Mediterranean Sea. If radical Islamic groups controlled Libya, European ships would be attacked and terrorism rates on the Continent would spike. But controlling Libya is about more than migrants. Libya is a major oil exporter, which Europe wants to keep in its orbit.

In World War ii, Germany and Italy under Field Marshall Erwin Rommel tried to control North Africa. Vast oil supplies vital to the war effort were a major reason. Another was the security that controlling Europe’s underbelly afforded, effectively turning the Mediterranean into a German lake. This failed: Malta held out against German bombing, and Rommel was driven back by stronger allied forces. But Germany learned its lesson.

Though it comes in as a peacemaker today, Germany is thinking strategically. It is preparing for war. Mr. Flurry wrote that such an arrangement is “[p]roviding the perfect cover for German ambition,” and in reality, “the European peacekeeping force will help Germany move closer to realizing Rommel’s goal of complete dominance of the Mediterranean!”

“Italy and Germany had a dream of a great African empire and world empire,” he said. “Though most might not even think about it, Germany and many Europeans still have that dream today!”

How could he make such bold and prescient statements about unstable Libya almost four years ago? The answer lies in a specific passage of biblical prophecy.

The Prophet Daniel described a time near the return of Jesus Christ when Europe, led by Germany, would clash with the forces of radical Islam, led by Iran (request our free booklet The King of the South to learn more). That prophesied clash is found in Daniel 11:40. Verse 44 mentions Libya and Ethiopia in the context of this war.

As we have written before, Germany is preparing a specific strategy to counteract radical Islam. Mr. Flurry writes about this “whirlwind” strategy, explaining, “Germany has expected to clash with Iran, and it has been working on a strategy for a decade or more. That strategy is almost complete. Germany has surrounded Iran.”

Radical Islam, sponsored and led by Iran, will try to seize territory along the Mediterranean. But Europe will not let this happen. Germany’s increasing role in Libya is leading to a confrontation, which will impact the entire world. It is leading to a war, which will encompass, not only the Middle East, but even the United States and Britain.

To read more about what to expect from Germany’s involvement in Libya, read “Mediterranean Battle Escalating Into World War III!” by Gerald Flurry.