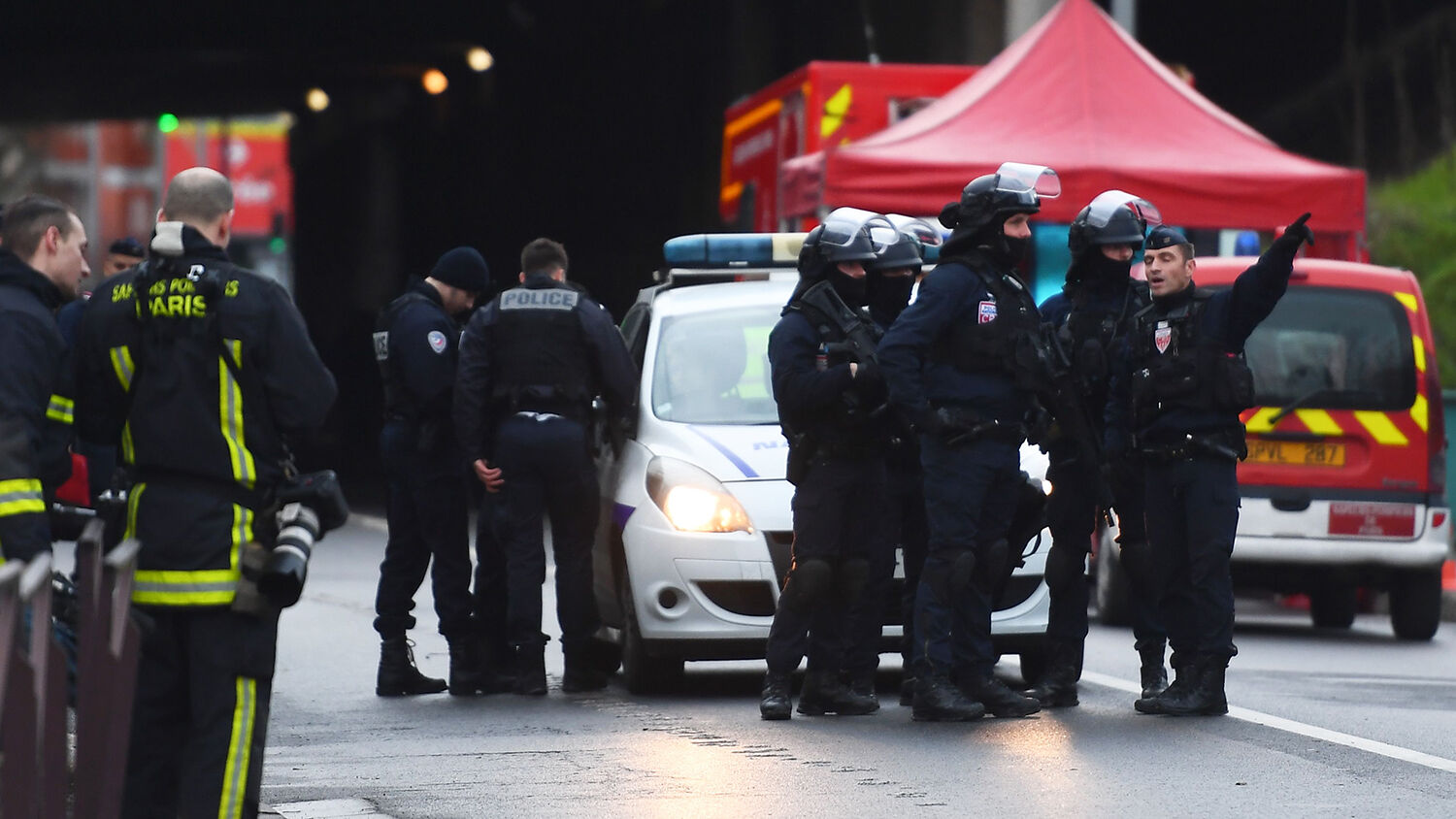 Police and firefighters gather January 3 at the site where police shot dead a knife-wielding man who killed one person and injured at least two others in a nearby park in a south Paris suburb.
CHRISTOPHE ARCHAMBAULT/AFP via Getty Images

Two stabbings, both motivated by radical Islam, shook European cities in recent days. The first happened on January 3 in a suburb of Paris, France. The other happened two days later, on January 5, in a small western German town.

Coming at the start of what could be one of modern Europe’s tensest years, the attacks renewed fears of Islamic terrorism on European soil.

In France, an Islamic terrorist killed one man and injured several others. Counterterrorism officers took over the investigation into the knife attack in Villejuif, a Parisian suburb, after strong evidence emerged about the attacker’s conversion to Islam and subsequent radicalization.

The 22 year-old attacker shouted “Allahu Akbar” (“God is greatest”) as he rampaged through the street. He was shot dead when police arrived.

As the investigation progressed, police found a letter “with phrases fairly typical of a Muslim man who self-flagellates” and a bag full of Salafist literature, according to Philippe Bugeaud of the Paris investigative police. The attacker had converted to Islam in 2017 and was known for severe mental illness.

In Germany, a similar incident unfolded two days later in the small town of Gelsenkirchen. There, the attacker approached police holding a knife behind his back. Despite being warned multiple times to stop, he reportedly cried out “Allahu Akbar” and attempted to assault the officers. The officers, forced to defend themselves, shot him dead at the scene.

These attacks bring a painful problem back to the conscience of Europe at a time when many are celebrating their traditional holidays. Though a new year has begun, the threat of Islamic terrorism is not new. And it threatens to grow worse as terrorist networks expand and seek revenge on “soft targets,” meaning primarily civilians.

Germans clearly remember the December 2016 attacks on their Christmas markets. The French remember the Bataclan and Charlie Hebdo attacks, among numerous other stabbings and ramming attacks.

Terrorist attacks in the European Union have risen since the migration crisis began in early 2015. According to the European Parliament, there were two attacks, four deaths and 395 arrests in 2014. The following year, arrests spiked to almost 700, and there were 150 deaths in 17 attacks. Since then, arrests remained over 700 until 2018, and deaths remained close to 150 per year until 2017.

By 2018, after many nations increased security precautions and attempted to stem the flow of migrants, there were just over 500 arrests. There were 24 attacks, the second-highest number since the crisis began.

Most analysts realize radical Islam is not going away any time soon. Many view it as a growing power. Europe is searching for solutions to this deadly and ongoing threat, so far without much more than increased policing efforts to show for it.

But there is soon to be a radical change in policy, which will bring these two civilizations—Christianity and radical Islam—into deadly confrontation.

Though it is not openly admitted, many in Europe’s leadership already have strong Christian values and strong feelings against militant Muslim and terrorist ideologies. The most high-profile example at the moment is French President Emmanuel Macron, who was openly criticized in April 2018 for attacking secularism by supporting a restoration of links between church and state.

Macron himself admitted in April 2019 that “political Islam” is working against the republic, failing to integrate and pursuing a totally different version of society.

These two societies are set for a clash.

The Trumpet has predicted this clash for years. “A terrorist act could be that push that causes a war between these two great powers, and frankly, two great religions—one from Europe and one from the Middle East,” said Trumpet editor in chief Gerald Flurry in a 2003 episode of The Key of David.

He made this bold statement because of a Bible prophecy found in Daniel 11, which describes a violent clash between radical Islam, led by Iran, and a rising European superpower, led by Germany. These are called, in biblical language, “the king of the south” and “the king of the north,” respectively.

What will be the ultimate result of this battle of civilizations? “And at the time of the end shall the king of the south push at him: and the king of the north shall come against him like a whirlwind, with chariots, and with horsemen, and with many ships; and he shall enter into the countries, and shall overflow and pass over” (Daniel 11:40).

A stabbing on the streets of a European city may seem isolated and distant, especially to those who have never experienced firsthand the effects of radical Islamic terrorism. But prophecy shows these events are part of a worsening trend. Europe has not forgotten those killed.

Radical Islam, sponsored and led by Iran, will soon “push,” by a terrorist attack or other means, in such a way that the European response will be unlike anything this world has seen.

To understand the full implications of Islamic terrorism on European soil and how it is certain to change your world within a few short years, request your free copy of The King of the South, by Gerald Flurry.