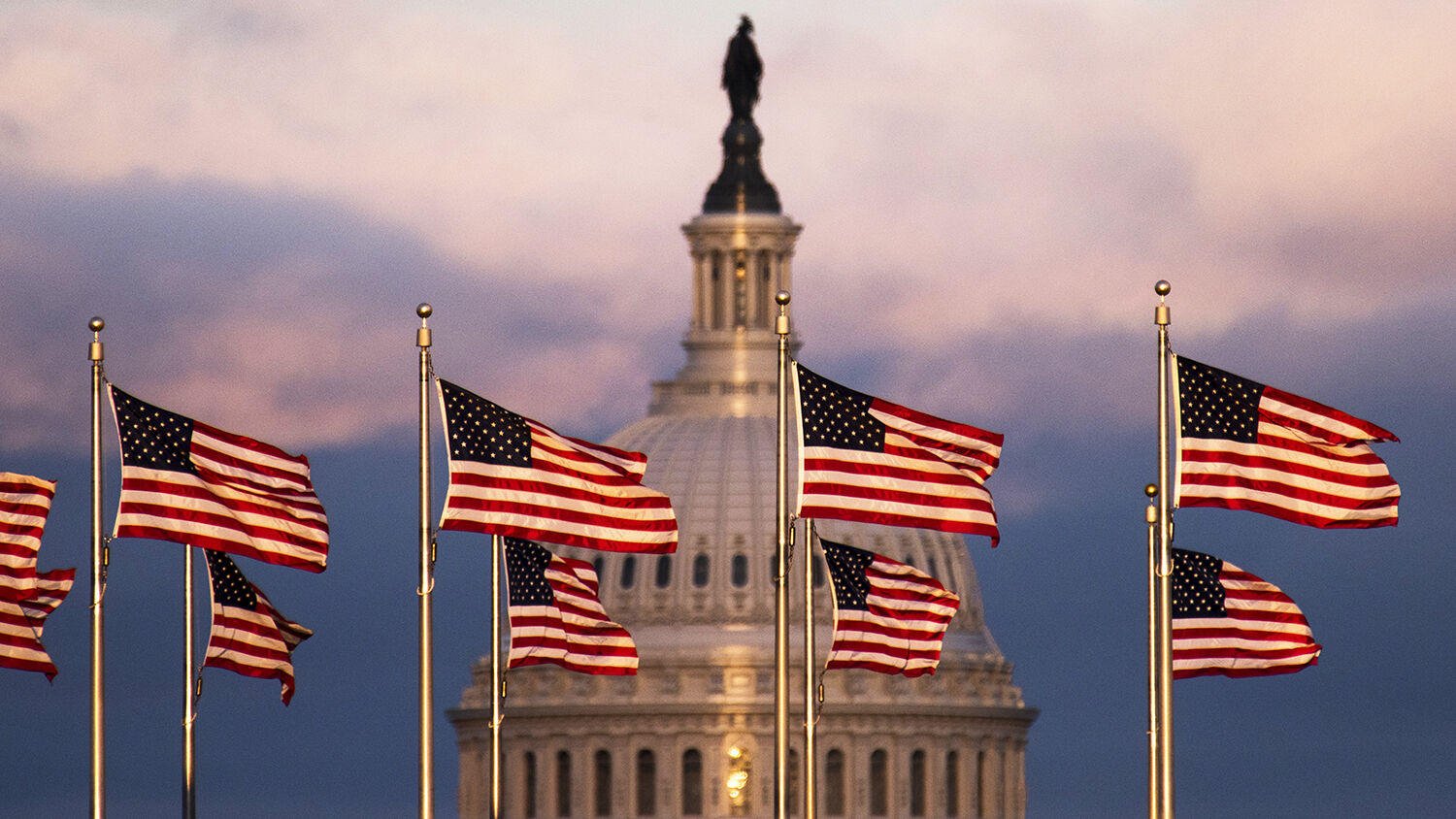 Of all the content the Trumpet produces, the articles and videos from the editor are the most important. They provide an insight that can be found nowhere else.

As we end the decade, here are 10 landmark articles over the last 10 years from our editor in chief Gerald Flurry. These articles have gone on to become the foundation of everything else we write on the subject, and we often refer back to them again and again. If you’re not familiar with them, or want a good understanding of these areas, I urge you to give them a read.

It’s hard to believe the Syrian crisis is still going, seven years after this article was written. At that time, the death toll was 10,000. Now it’s 400,000.

But this article is still your essential guide to the civil war. In it, Mr. Flurry made some forecasts that weren’t on anybody else’s radar. “Biblical prophecy reveals that, very soon, Syria will no longer align with Iran,” he wrote. “It also shows that Germany will help cause this split.”

No one else was watching for Germany to get involved in Syria. Yet seven years on, both Russia and Turkey are looking for European help in reconstructing Syria. And Germany’s defense minister and leading candidate to be its next chancellor is saying that European troops must be deployed on the ground as part of the price for that help.

It may be nearly a decade old, but this article remains your indispensable guide to the Syrian civil war.

The Bible is a now book, packed with truth relevant for your life today. Few things demonstrate this as clearly as Bible prophecy. In this article, Mr. Flurry zooms in on one word, in one prophecy, and shows how it gives us so much detail about current world events.

This article will help you understand Germany’s policy in the Middle East. But it is also powerful proof that every single word of the Bible is inspired by God.

At the start of 2014, Russian President Vladimir Putin rocked the world with his invasion of Ukraine. The U.S. secretary of state at the time declared that Russia was acting “in a 19th-century fashion.” He just couldn’t understand this “incredible act of aggression.”

Others were less shocked. But still there is a critical element of this story that even the world’s best analysts don’t understand. This article gives you that missing element.

Many of Pope Francis’s forays into diplomacy expose his anti-America and anti-Israel attitude. But perhaps none is more immediately dangerous than his mediation with Cuba.

In December 2014, then President Barack Obama restored diplomatic ties with Cuba after 53 years of hostility. “The deal was largely the handiwork of the Vatican,” explained Mr. Flurry. “Think of how valuable Cuba has been to America’s enemies in the past!” he warned. “You need to watch what is happening in Cuba.”

There’s a lot of bad news out there. But this article is about good news. After a tragic shooting at a church in Charleston, “The people of Charleston, South Carolina, showed the world the only way to have peace among the races,” wrote Mr. Flurry.

“This example should have been held up for the whole nation to follow,” he wrote. “It should have filled the airwaves after that terrible event. This is a lesson and an example for all of us of a way of life that can really solve our problems!”

This article details their example, and the lessons we can all learn.

Iran’s nuclear program is still one of the most dangerous news events of our times. Back on Jan. 16, 2016, a deal negotiated by President Obama was implemented that was supposed to stop it.

With Iran still threatening Israel with nuclear destruction, it remains critical to understand the Iran nuclear deal and how America agreed to it.

The rise of China is one of the most important stories of the post-Cold War era. It’s a rise that has accelerated dramatically in the last decade. In this article, Mr. Flurry showed how both recent history and Bible prophecy give us powerful warnings about China’s expansionist ambitions.

The election of President Trump in 2016 rocked the world then, and it is still reeling today. Surely such a momentous event had to be prophesied in the Bible?

In this article, Mr. Flurry explained how it was, and how “Donald Trump’s victory in the United States presidential election gives us a clear indication as to where we are in Bible prophecy.”

Pundits are calling 2019 one of the worst years in modern times for the royal family. Their troubles have seldom been out of the headlines. What has gone wrong?

Back in 2017, Mr. Flurry wrote: “This has been a bad year for Britain and its royal family. And here is why it will get much worse—before it gets better than you can even imagine!”

This article explains the real cause of the royal family’s woes—and the great hope for everybody contained in this subject.

The war between the “deep state” and President Trump is never out of our headlines. In recent weeks, so much has been exposed about the illegal ways the radical left has tried to bring down the president.

Mainstream media have refused to cover this, though some reporters are investigating the story. But there is one part of this attack that even they cannot understand. As Mr. Flurry wrote, “It is our responsibility to cut through the noise and politics to understand the truth.” No one else can give you the full truth about this attack.

These are our Top Ten—but click the link to see a handful more landmark articles from our editor in chief from this past decade.

This article goes into greater depth about the left’s efforts to attack President Trump, and shows from Bible prophecy why these efforts are failing, and in fact could ultimately work in the president’s favor.

We devoted the entire October-November 2013 Trumpet to archaeology. Over the last decade, a wealth of discoveries have confirmed the accuracy of the Bible. These should make major headlines worldwide: The book that claims to speak for Almighty God, containing His revelation on how to live a happy life, has been proved correct again and again. Sadly, too few have paid attention. But in this article, Mr. Flurry explained why we are involved in what he called “the most exciting archaeological project in the world!”

“Northern Africa is turning into a battleground with enormously important prophetic implications,” this article begins. How true that statement has proved. North Africa rarely makes the front pages, but over the last decade it has become one of the world’s hottest hotspots. European armies have intervened repeatedly. Germany had launched one of its largest overseas military missions in Mali, and Algeria is its number two arms customer, according to data from just this month. Right now, German, French and other European soldiers are actively fighting a war against radical Islam in North Africa. This article is your guide to understanding that war, and why it matters.

“This might be one of the most important messages on world events I have ever written,” this article begins. “Do you realize that what is currently unfolding in Europe is going to affect your life in a radical way more than anything else ever has?”

The European financial crisis has been one of the big stories of the decade. The way Germany used the crisis to dominate Greece and Cyprus has led to mainstream publications like Der Spiegel and the Daily Telegraph talking about the Fourth Reich. In this short article, Mr. Flurry explained the biblical reality behind this story, and where it is leading. It contains this oft-quoted, concrete forecast: “Watch closely. Germany will use this crisis to force Europe to unite more tightly. In the process, some eurozone countries will be forced out of the Union. When that happens, the pundits will say European unification is dead, that the European Union has failed. Don’t listen to them!

“Every country that leaves the EU puts us one step closer to seeing the German-led 10-nation European superstate!”

The U.S. spent the first half of the decade under a radical administration, hostile to the principles the nation was founded on. In this article Mr. Flurry sounded a warning that has proved only too accurate since then. “The Constitution is on its deathbed,” he wrote. “But almost nobody understands or knows why.”

Now we have seen holdovers from that administration spy on and attempt to derail a presidential candidate, and now president, they disapprove of—threatening the very foundation of America’s democracy. It is more important than ever to understand the unseen reason for the attack on America’s Constitution.