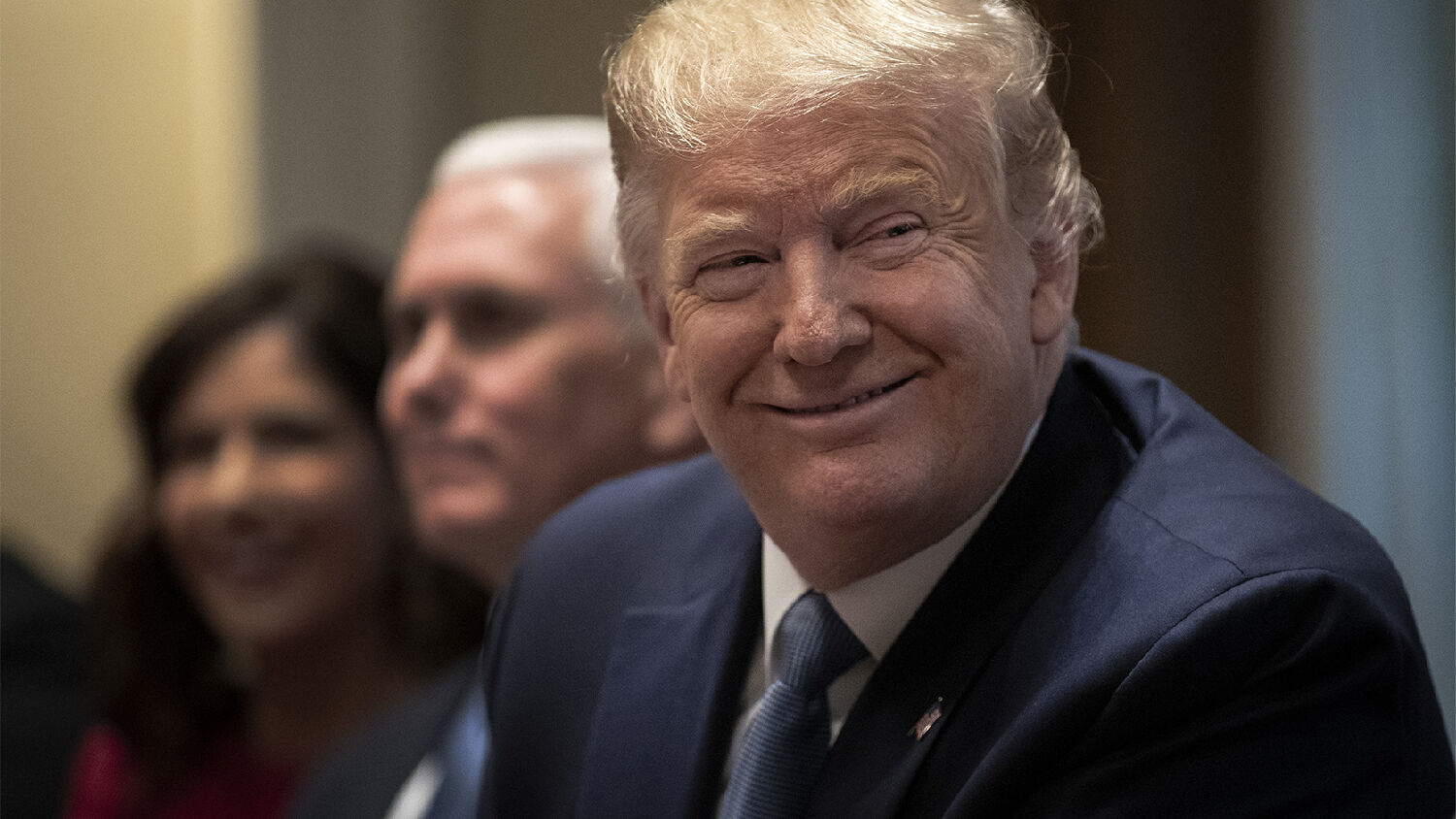 U.S. President Donald Trump listens during a meeting about the Governors Initiative on Regulatory Innovation in the Cabinet Room of the White House on December 16, 2019 in Washington, DC.
Drew Angerer/Getty Images

Relations between America and Germany are souring, setting the stage for a stunning betrayal.

A YouGov survey conducted between December 16 and 18 revealed that Germans view United States President Donald Trump as the most dangerous world leader. The poll reveals a crumbling sense of trust in the trans-Atlantic alliance and points to a shocking betrayal that will soon break German-American relations.

This sends an alarming message about America’s declining popularity in Europe. Germany has been an ally of the U.S. for decades because of American financial support and shared democratic ideals. But that stable friendship is slipping. An increasing amount of Germans are beginning to despise their allies on the other side of the Atlantic.

At first glance, this seems illogical. Take Germany’s history with Russia, for example. Joseph Stalin betrayed Adolf Hitler by violating the Molotov-Ribbentrop Pact, opening up a new front, which soon stretched German resources hopelessly thin. After World War ii, Russia eagerly took half the country, bringing poverty and oppression to its new German subjects. It also brought neighboring Poland into the Warsaw Pact. For nato, maintaining troops in Germany and Poland has always been imperative because Russian expansionism cannot be left unchecked. Germans were most recently reminded of that fact when Russia violently annexed Crimea in 2014.

Then there’s China and its ambition to dominate Europe economically. Germany recently called China a strategic competitor. Much care has been taken to mitigate Chinese commercial influence, such as with Huawei. The European Council on Foreign Relations has drawn attention to “alarming Chinese interference in Germany,” which gained attention after Chinese companies began to acquire German tech firms in 2016. Though China remains a lucrative trading partner, it is viewed as a “frenemy.”

North Korea and Iran are even further from being trustworthy on the international scene. Kim Jong-un has repeatedly tested missiles that can reach the United States, and his regime is known for its unpredictability. It has fought numerous small skirmishes with its neighbor to the south, sometimes with artillery, other times with midget subs—and in some cases, these attacks have cost many lives. In the Middle East, Khamenei has violated the nuclear deal on numerous occasions, boasts about continued uranium enrichment, and takes British tankers hostage without fear of major repercussions. Besides all this, Iran is the number one state sponsor of terrorism.

It is easy for Americans to say nobody should trust Russia, China, North Korea or Iran. But many Americans trust Germany. It is a nation of astounding technical and scientific progress. It has always been a nation of high culture. Today it promotes democracy and sets the standard for European economies. But history and Bible prophecy show that Germany should not be trusted.

Despite recent history, America is more willing than ever to trust Germany with Europe’s security. Recently, geopolitical commentator Robert Kagan told Spiegel Online that the U.S. has decided to take a “big gamble” and tell Germany “we do want you to be a military power” after decades of trying to prevent the nation that started World War ii from rearming. President Trump has been sending Germany the same message: Pay more or lose U.S. support for nato.

In principle, Americans trust Germany more than ever before. Ironically, the feeling isn’t mutual.

The Bible gives detailed descriptions of a relationship between the U.S. and Germany prophesied to form today. Germany is known in the Bible as Assyria. Anciently, the Assyrian peoples migrated north from Mesopotamia and settled in northwestern Europe.

Assyria can be found in numerous Bible prophecies. One prophecy in Ezekiel 23 describes a relationship between Assyria (modern-day Germany) and Israel. Verses 4-5, 7 and 9 state:

And the names of them were Aholah the elder, and Aholibah her sister: and they were mine, and they bare sons and daughters. Thus were their names; Samaria is Aholah, and Jerusalem Aholibah. And Aholah played the harlot when she was mine; and she doted on her lovers, on the Assyrians her neighbours …. Thus she committed her whoredoms with them, with all them that were the chosen men of Assyria, and with all on whom she doted: with all their idols she defiled herself. … Wherefore I have delivered her into the hand of her lovers, into the hand of the Assyrians, upon whom she doted.

Aholah and Aholibah represent the nations of Israel (primarily America and Britain today) and Judah (the present-day Jewish nation in the Middle East). To confirm the identity of these nations, please read Herbert W. Armstrong’s free book The United States and Britain in Prophecy. The Prophet Ezekiel describes Aholah and Aholibah doting on the Assyrians. This is exactly how the U.S. and Britain have treated Germany—rebuilding it after the war and encouraging it to become an independent military power once again.

The result? God uses Germany to correct and punish the nations of Israel.

America’s relationship with Germany is about to end in a stunning betrayal. Trumpet editor in chief Gerald Flurry explains further in his free book Ezekiel: The End-Time Prophet:

The U.S. believes that it can trust the nation that started World War ii. But the Bible actually describes this naive way of thinking has caused them to not be able to see the imminent betrayal.

“The one positive you can take away from this survey is that at least there are people who are aware of a dangerous world. … If they only knew where the greatest dangers will come from,” commented Trumpet executive editor Stephen Flurry.

The fact that Germany is becoming more and more alienated from the U.S. shows that this ancient prophecy is being fulfilled. You can understand where the current political crisis between Germany and America is heading. Read our article “Europe and America: They’ve Lost That Loving Feeling.”