Demand for change is as old and as universal as humanity itself. 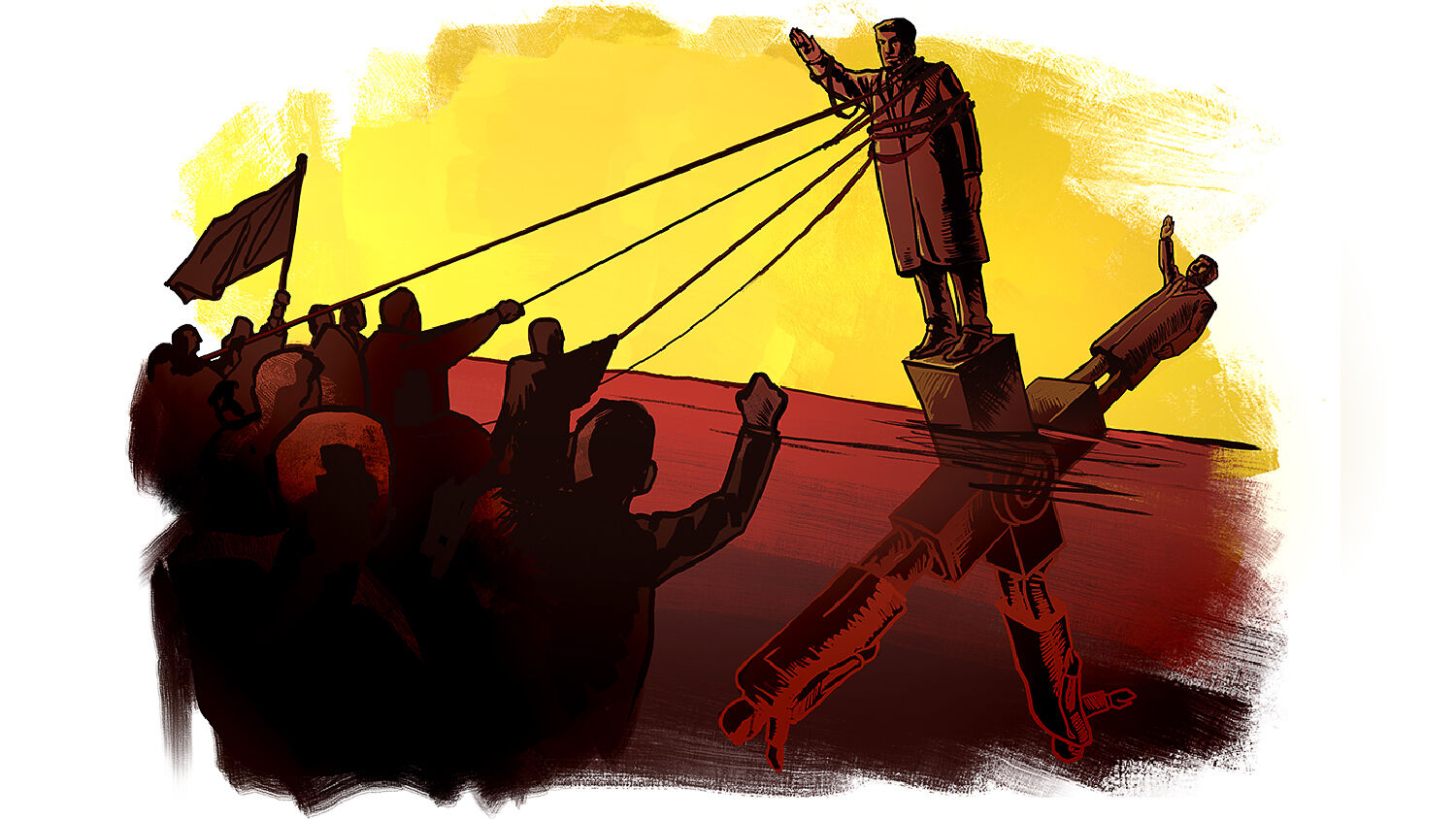 Demand for change is as old and as universal as humanity itself.

The day a Buddhist monk kneeled in the middle of the street, set himself afire and burned to death, everything changed. I recently saw a documentary showing how, after this suicide in South Vietnam in 1963, protests against President Ngo Dinh Diem escalated quickly. A coup quickly followed, and military leaders put a bullet in Diem’s head.

The initial act reminded me of the self-immolation that incited the Arab Spring in Tunisia in 2011. The jubilation that filled South Vietnam at news of the autocrat’s demise brought to mind the mass protests filling streets right now in Hong Kong and Cairo, Santiago and St. Petersburg, Bratislava, Barcelona and Beirut—in Asia, in Europe, in South America, in the Caribbean, in the Middle East. Different mob, but the same exasperation, rage and passion for change—and the same conviction that eliminating a leader will offer a fresh start and a bright new age.

The protests now surging over the world evoke a mix of emotions. Many of these people are courageously risking their lives to defy genuine tyranny. Others have baser motives. But there are warning signs that most of these demonstrations won’t have happy endings, and may actually unleash powerfully destructive forces on the world.

Several factors indicate we are entering a period of political upheaval certain to create far more disruption, on a wider scale, than any before. One is the instability of the global economic order that is throwing nations into stagnation, recession, forced austerity and volatility. Another is a generation of mobilizing youth, composing a growing percentage of the population, ignorant of history, tenuously bound by convention and religion, connected and world-aware thanks to the Internet and social media, and susceptible to intoxication by the spirit of revolution. Rising expectations mean that even people who are by historical comparisons quite well off are dissatisfied and angry.

How many of these protests will end well? The question crossed my mind as I saw what became of South Vietnam in 1963. The euphoria that followed President Diem’s overthrow ended quickly. His murder created a void that no one else could fill. Over the next two tumultuous years, the nation agonized as it cycled through six different inept governments.

History is littered with examples of peoples rising up and defying the injustice of the existing order, peoples seeking to destroy the status quo. But in case after case, the swell of jubilation and hope that comes with toppling a dictator or overthrowing a government soon gives way to despair‚ sometimes even worse than before. Though revolutionaries may correctly identify troubles, errors and mistakes, they usually fail at solutions. Rebels know what angers them, but are often oblivious to the challenges of implementing genuine improvements. “The reformer is always right about what is wrong,” G.K. Chesterton said, “he is also usually wrong about what is right.” Mobs and mass movements can destroy. Few prove capable of successfully building.

There are real problems in the world—after all, this is Satan’s world. He literally rules it and influences it (2 Corinthians 4:4; Revelation 12:9). Many of these protesters have legitimate grievances. But they are misguided to assume that whatever fills the void will be an improvement. And they are mistaken to think the violence of resistance is universally virtuous. The rage of the mob is often fertile soil for the devil to nurture division, toxic emotion and nation-shattering rage.

In historical example after example, upheavals such as those we see today actually lead to greater tyranny. Where governments can, they squash them. Where they cannot, disorder gives rise to new tyrants. Anarchy is insufferable, and people get their fill of it quickly. Soon someone steps in to reestablish order, often at even higher cost and greater suffering.

Revolution can mean a sudden political change, but it can also refer to the cyclical orbiting of a body around an axis, a movement that occurs repetitively, predictably. The correlation is fitting. For 6,000 years of human history, suffering under poor governance has inflamed desire for change, which has sparked hope in a new regime. The promise of progress has motivated almost every election, putsch, coup and revolution in history, whether it’s the French in 1789, the Bolsheviks in 1917, the Iranian hardliners in 1979, the Nazis in 1933 or the Islamic State in 2016. No leader ever sets out to create a legacy of same-old, status-quo failure. Yet with frustrating consistency, that is precisely what they achieve—or worse. And the suffering resumes, and the cycle repeats.

For 6,000 years, mankind has been writing crucial lessons, if only we will learn them. We have proven our inability to govern in a way that brings broad peace, sweeping prosperity, long-lasting justice and freedom. We have repeatedly confirmed the intractable evil of human nature. Biblical prophecy powerfully underscores these lessons: It plainly describes the conditions that will grow out of today’s disruptions: a time of tribulation worse than any in human history! (Matthew 24:21; Daniel 12:1; Jeremiah 30:7). The instability rolling through country after country today augurs far more serious troubles to come. But they will culminate in the final revolution: the coronation of the King of kings, who will reign unchallenged, eternally.

This is the overarching lesson we are recording: This world desperately needs perfect governance, established by the only Source of genuine solutions to its injustices and problems. Thankfully, it is almost here.