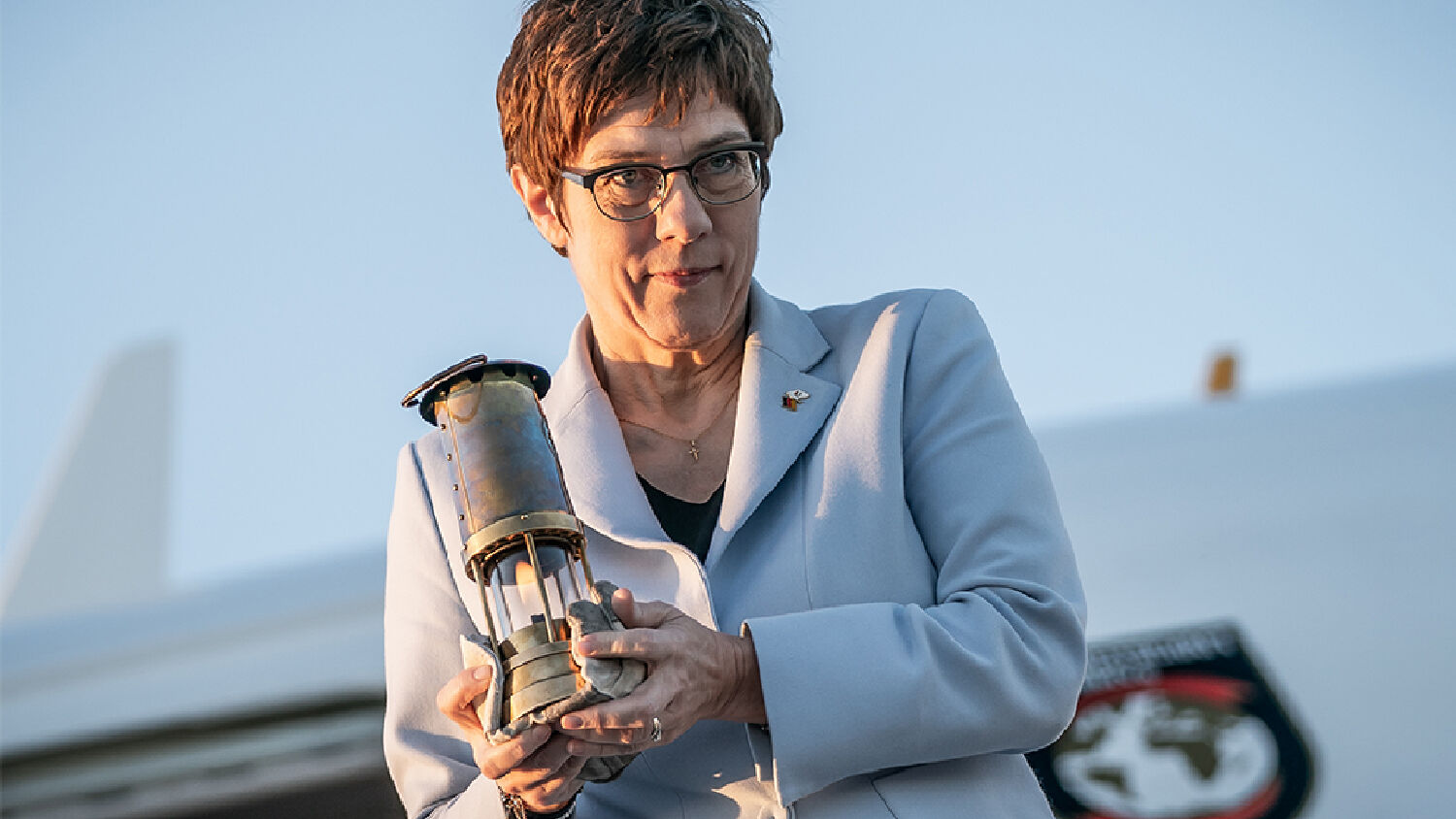 It’s an ominous sign when Germany uses religion and the military to promote peace in the Middle East.

For 13 years, German troops have been stationed in Cyprus as part of the United Nations Interim Force in Lebanon (unifil). The world at large and even the German people know little about the military mission. For this reason, German Defense Minister Annegret Kramp-Karrenbauer visited the troops just before Christmas. As a special sign of peace, Kramp-Karrenbauer brought the so-called “peace light” with her that was transported burning from Berlin to Larnaka, Cyprus.

The peace light, which was lit in Bethlehem at the end of November, is being passed around the world under the motto “Courage for Peace.” It commemorates the mission of the Christmas message “Peace on Earth.” In Cyprus, Kramp-Karrenbauer presented the peace light to a German military pastor.

To understand the deep meaning behind this, we have to understand Germany’s military mission in Cyprus.

Why Germany Has Troops in Cyprus

Kramp-Karrenbauer was extremely positive about the Army’s mission in Cyprus. “unifil is an anchor of stability in this troubled region,” she said. “We will continue to support Lebanon and help to stabilize it.”

unifil was launched in March 1978 following the Israeli-Lebanese conflict at the time. It was reinforced after the 2006 Hezbollah-Israel war. The Bundeswehr supports Lebanon in securing the coast to prevent arms smuggling. The Bundestag mandate allows the deployment of up to 300 soldiers.

The head of the German unifil contingent, frigate captain Sieghard Tuffert, emphasized in his management report that the training of the Lebanese marines was a success of the German mission.

Since the discovery of gas deposits off the coast of Cyprus, there has been a violent dispute over their exploitation. Both the Republic of Cyprus and Turkey stake claim to the area. The unifil mission was also affected by this discovery, Tuffert said.

Germany is very aware that various nations are interested in controlling Cyprus. “Russia has an acute interest in Syria, which would make Cyprus a useful base,” Trumpet editor in chief Gerald Flurry explained in “Why Germany Conquered Cyprus.” “Britain’s bases in Cyprus have been invaluable to America as it has waged wars in the Middle East. Turkey invaded northern Cyprus in 1974; more recently, it has tried to leverage that presence to gain control of the oil and gas in sea surrounding the island.”

But as Mr. Flurry explained, “Germany has worked through the [European Union] to ensure it dominates Cyprus.”

After entering the EU and adopting the euro, Cyprus has become increasingly dependent on Germany’s economy. Once Britain is out of the EU, Germany’s role in Cyprus will grow all the more important. Turkey currently maintains control over the northern 36 percent of the island. Turkey’s claim of the oil and gas resources will drive Cyprus even more into German hands.

Analysts can clearly see Russia’s and Turkey’s interests in the region. But few understand why Germany seeks to control the island.

“Look at a map, and you can see it is a stepping-stone between Europe and the Middle East,” Mr. Flurry explained. “It is near Jerusalem, it is near Rome, and it is near Berlin. Understand its proximity to these important cities and to strategic areas, and you begin to understand why Cyprus has played such a crucial role in history.”

“During the Crusades, when European warriors descended on the coasts of Israel and Lebanon, at times they relied on Cyprus for a base,” Mr. Flurry continued.

This is profound insight if you consider Germany uses its troops in Cyprus to supposedly “monitor peace” between Israel and Lebanon. For centuries, the Holy Roman Empire sought to violently get control of Jerusalem, and at times, it used Cyprus to launch those crusades. The Catholic Church and the Holy Roman Empire promised peace but failed to bring it.

By stationing soldiers on the island, Germany is sending an ominous Christmas message to the world. The message is again about peace—but that is not the reality.

The Bible reveals that in the name of peace and religion, Germany will lead yet another crusade to get control of Jerusalem. Referring to a prophecy in Daniel 11, Mr. Flurry noted: “After conquering radical Islam, this European empire will ‘enter also into the glorious land’—speaking of Jerusalem (verse 41). Europe has had its sights on that city for centuries. It views Cyprus as an important waypoint in the path there.”

The Bible indicates that Germany will enter Jerusalem peaceably, perhaps as a peacekeeping force.

In the fulfillment of this prophecy, Cyprus could again play a crucial role. Cyprus is gradually being pulled into Germany’s sphere of influence, and German troops on the island have worked for years to gain strategic insight into the crisis area.

The German Army is well positioned to intervene in the Middle East—to stop radical Islam and to enter Jerusalem. The Bible prophesies that Germany’s pursuit for peace will again be bloody (Daniel 11:40-45).

While the world pays little attention, Germany is again laying the groundwork for a much larger military operation than the one it has right now. As the crisis in the Middle East intensifies, expect Germany to increase its military presence in Cyprus and then watch the Bible’s forecast come true.

For in-depth understanding of the role Cyprus plays in Bible prophecy, read Mr. Flurry’s article “Why Germany Conquered Cyprus.” Also request a free copy of our book The Holy Roman Empire in Prophecy to learn the history and prophecy of this empire.