The beginning of our civilization holds the key to solving our deadly problems today. Yet it is a mystery to the world. 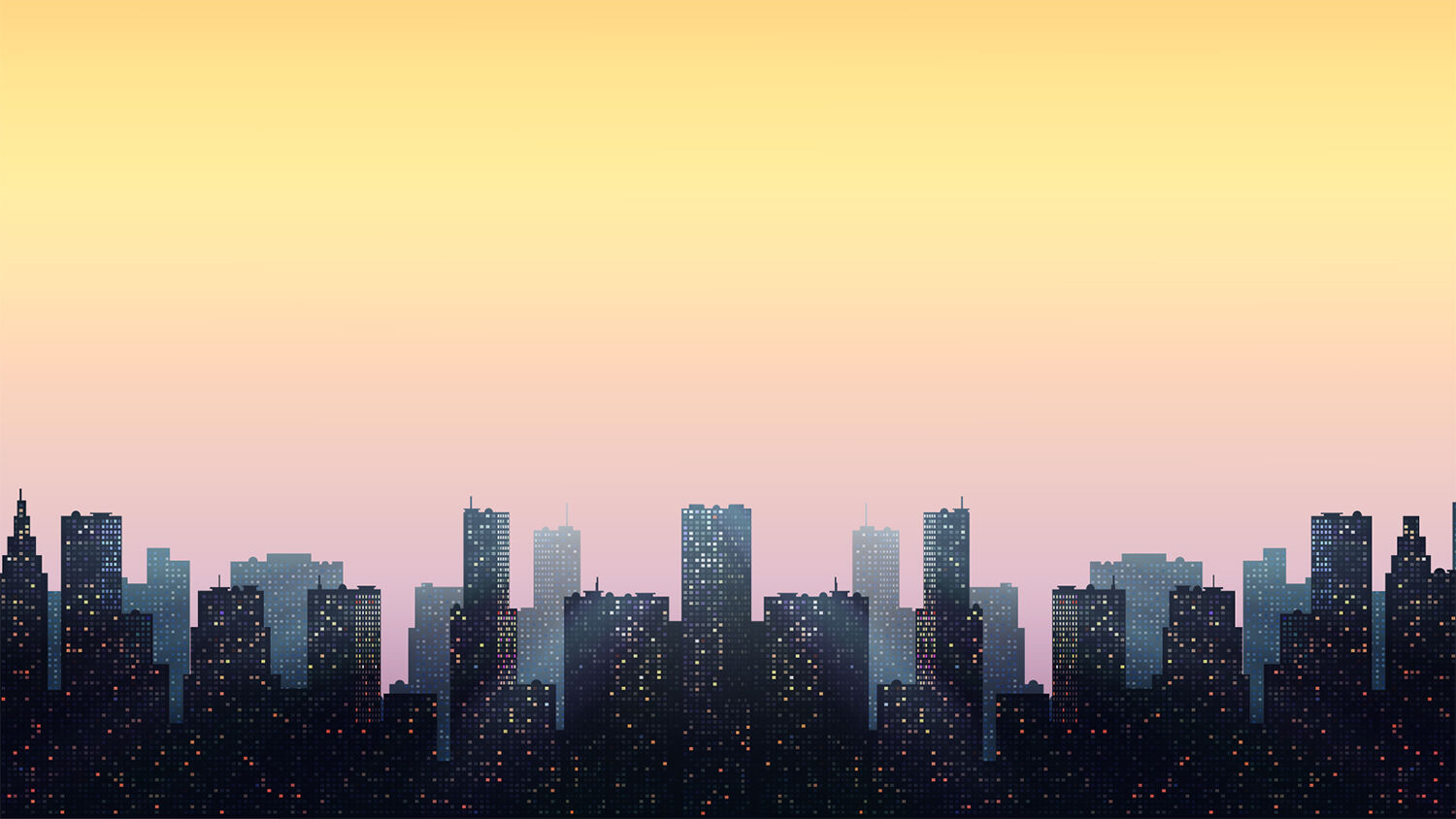 The beginning of our civilization holds the key to solving our deadly problems today. Yet it is a mystery to the world.

Over 25,000 people die each day of starvation, according to the United Nations. Some 795 million people are undernourished. Around 1 billion people live on less than $2 a day.

How can we solve problems of such crushing magnitude?

Usually, our efforts fall woefully short. Mankind spends billions of dollars trying to address these problems, yet the basic numbers have remained virtually unchanged. Trends in rising food costs and decreasing production suggest the crisis is about to get far worse.

Starvation is only one of literally thousands of major problems plaguing civilization: sickness, disease, pollution, illiteracy, family breakdown, moral collapse, crime, corruption, slavery, racial hatred, religious tension, terrorism, warfare, the spread of wmds—the list goes on and on. It seems that for every crisis we tamp down, three more rise up in its place.

The reason we cannot gain ground on these civilization-destroying troubles is that we fail to confront their real cause.

That cause is rooted in the very foundation of our civilization—a foundation well documented in history.

Yet the majority of our most exalted decision-makers contemptuously ignore it. Even those few who study it do not understand how important it is in unraveling the most puzzling challenges facing mankind today. That crucial history actually holds the almost universally overlooked key to solving our problems.

Believe it or not, that history can be found in the first three chapters of a book you already own. You may even have multiple copies sitting on your shelf.

To understand the world you live in, you must go back to the beginning, the very foundation of civilization. You can find that in the book of Genesis, the first book of the Holy Bible.

Genesis 1 talks about God creating man. That is important history. But just as important is this: After He created him, what did God teach him? What message did God have for man from the beginning?

Read the next chapter, and you will see that God’s fundamental instruction involved two trees—the tree of life and the tree of the knowledge of good and evil (Genesis 2:9, 15-17).

Considering that God discusses this immediately after the creation of man, these two trees must be extremely important. God must have wanted man to understand this lesson first of all!

Yet this subject is a mystery to most people. How many people—even religious leaders—talk about this foundational subject? Christ said we are to live by every word of God (Luke 4:4), and that certainly includes the first three chapters of the Bible!

These two trees illustrate the foundation of the world that you and I live in today. We cannot understand events in our world if we don’t understand this foundation.

At the same time, this history shows very clearly how to solve our problems.

The Tree of Death

Here was God’s instruction to Adam: “And the Lord God commanded the man, saying, Of every tree of the garden thou mayest freely eat: But of the tree of the knowledge of good and evil, thou shalt not eat of it: for in the day that thou eatest thereof thou shalt surely die” (Genesis 2:16-17). Those are strong words. This tree caused death. You could call it the tree of death.

The tree of the knowledge of good and evil represented mankind taking to himself the ability to produce knowledge of what is good and evil, what is right and wrong (see Genesis 3:22). God told them plainly that this was the way that would lead to death! It represented the cause of all the unhappiness, suffering, contention, violence and death in our world!

Nevertheless, Adam and Eve both took of that tree. Sure enough, soon their lives were plagued with violence and death.

That act was the foundation of the world as we know it today! That is where our civilization started: with that seminal act of rebellion against God.

Today, mankind faces the legitimate threat of world war involving weapons that would cause human annihilation! Nobody has any solutions—and it is because they have ignored this fundamental teaching.

Where did Adam and Eve go wrong? That is explained in the third chapter of Genesis. There, Satan the devil, in the form of a serpent, deceived Eve into taking of the tree of death.

Again we see the foundational importance of the two trees. Not only did God’s very first instruction to human beings revolve around them, but so too did the very first test human beings faced. Satan used one of those trees to launch his first challenge to human beings and to what God had taught them!

Satan knows how important this subject is. That is why he directly contradicted God’s instruction about it, shrouding it in mystery. And believe it or not, that is why this subject is such a mystery to the world even today.

Satan contradicted God, and mankind followed Satan and ate from the wrong tree. Eve trusted Satan’s lies rather than God’s instruction, and she gave the fruit to her husband, who followed her in sin. They chose their own knowledge instead of God’s—and that choice produced suffering and death, curses that have plagued us ever since (Romans 5:12).

Today, Satan the devil is doing to the world what he did to Adam and Eve. He is seducing us into choosing our own sick human reasoning over God’s revealed understanding. Just look around to see the problems that result. You can plainly see what happens when people eat from the wrong tree.

Mankind, day in and day out, is tuned into Satan’s broadcasts, as “the prince of the power of the air” (Ephesians 2:2). Herbert W. Armstrong said he could not fully understand that concept until he understood the way radio and television broadcasts work. The way Satan operates is similar to the way a radio wavelength works. But rather than broadcasting in words, sounds and pictures, Satan broadcasts in attitudes, impulses and moods. Mr. Armstrong thoroughly explained this in Chapter 4 of his masterwork, Mystery of the Ages. Satan is able to reach mankind because we don’t look to God and allow God to empower us to deal with the devil!

The Fruits of Eating of the Wrong Tree

God tested Adam and Eve’s character. He made them choose from which tree to take. God wants us to build character, and that requires voluntarily choosing God’s way of life rather than the devil’s.

The troubles we face are a result of our choices. God is allowing us to experience the bitter fruits of our wrong choices in hopes that we will recognize our error and then voluntarily seek out the fruit of the tree of life.

Satan appears as an angel of light (2 Corinthians 11:14), deceiving mankind (Revelation 12:9). But from the first murder, to every murder throughout the ages, Satan has been inspiring and stirring people to commit these heinous crimes and then lie about it, just as Cain did when God confronted him. Satan was there from the very beginning, influencing the very first family.

The first child born into Adam and Eve’s family was Cain. He ended up killing his younger brother, Abel, and lying to God about it (Genesis 4:1-9).

You would think Adam and Eve would have recognized that Abel’s blood was shed because of their decision to eat from the wrong tree! But they didn’t. They just kept eating from the tree of death. That example illustrates how hard human nature is.

Look around. Our world is filled with similar evils: broken families, rebellious children. Why? Because people are eating from the wrong tree!

In a world with weapons of mass destruction, we face the grave threat of human extinction. In fact, Jesus Christ prophesied that He would have to cut this era of human rulership on Earth short just to prevent us from annihilating all flesh! (Matthew 24:21-22). Why have human affairs taken such a destructive course? It is all because we are eating from the tree of death.

The Tree of Life

Consider: God had personally instructed Adam and Eve, yet they turned away from Him and listened to the devil. That shows that there is something wrong with the human mind! We like to congratulate ourselves for our intellectual and creative abilities, but clearly, apart from God, we are incomplete. There is something unstable about our reasoning.

That is where it is so critical to understand about the other tree God offered Adam and Eve.

The tree of life represented the Holy Spirit of God—the very life-impregnating Spirit of the great Creator. It is the essence and power of God, which imparts the ability to understand spiritual truth (1 Corinthians 2:7-14).

Genesis 3:22 records the truth that if Adam had taken of the tree of life, he would have lived forever!

Think about that! Many people believe they have an immortal soul inherent within them. That is not true. The truth of the Bible is that the only way you will live forever is if you eat from the right tree.

Do you want to live forever? Do you want eternal peace, happiness, joy and spiritual understanding?

The Character of God

Mr. Armstrong wrote, “Had Adam taken of the proffered tree of life the whole course of civilization would have been entirely different. Peace, happiness, joy, health and abundance would have spread over the Earth” (Mystery of the Ages).

Once Adam made the choice to rebel against God, however, God had to cut him off from access to the tree of life (Genesis 3:23-24). That tree has remained inaccessible to the vast majority of mankind ever since.

2 Corinthians 4:4 says that “the god of this world hath blinded the minds of them which believe not, lest the light of the glorious gospel of Christ, who is the image of God, should shine unto them.” That’s right—Satan is the god of this world today. He has blinded this world to the truth of God. He has deceived this world, as he did Eve, into eating from the wrong tree! Yet people don’t even realize it. Those two trees are a mystery to them. This crucial understanding about the roots of our present civilization remains a mystery to them.

Soon the second Adam, Jesus Christ, will return. He will kick Satan off the throne of the Earth and establish His Kingdom. At that time, He will open up access to the tree of life to all mankind once again.

Look again at the first chapter of Genesis. In verse 26, God says He made mankind in His own image and likeness. The word likeness means that we look like God. The word image means He intends us to exhibit His very character! He wants us to act like Him.

Building that character requires a voluntary choice to live God’s way. It requires choosing to eat of the tree of life and growing in the Spirit of God. It means preparing to enter the very Family of God.

What an exalted potential God has given human beings!

What could be more wonderful than becoming a spirit-born member of the God Family?

Mystery of the Ages
Did you ever ask yourself: “Who am I? What am I? Why am I?” You are a mystery. The world about you is a mystery. Now, you can understand!
From The January 2020 Philadelphia Trumpet
View Issue FREE Subscription
Next
Previous