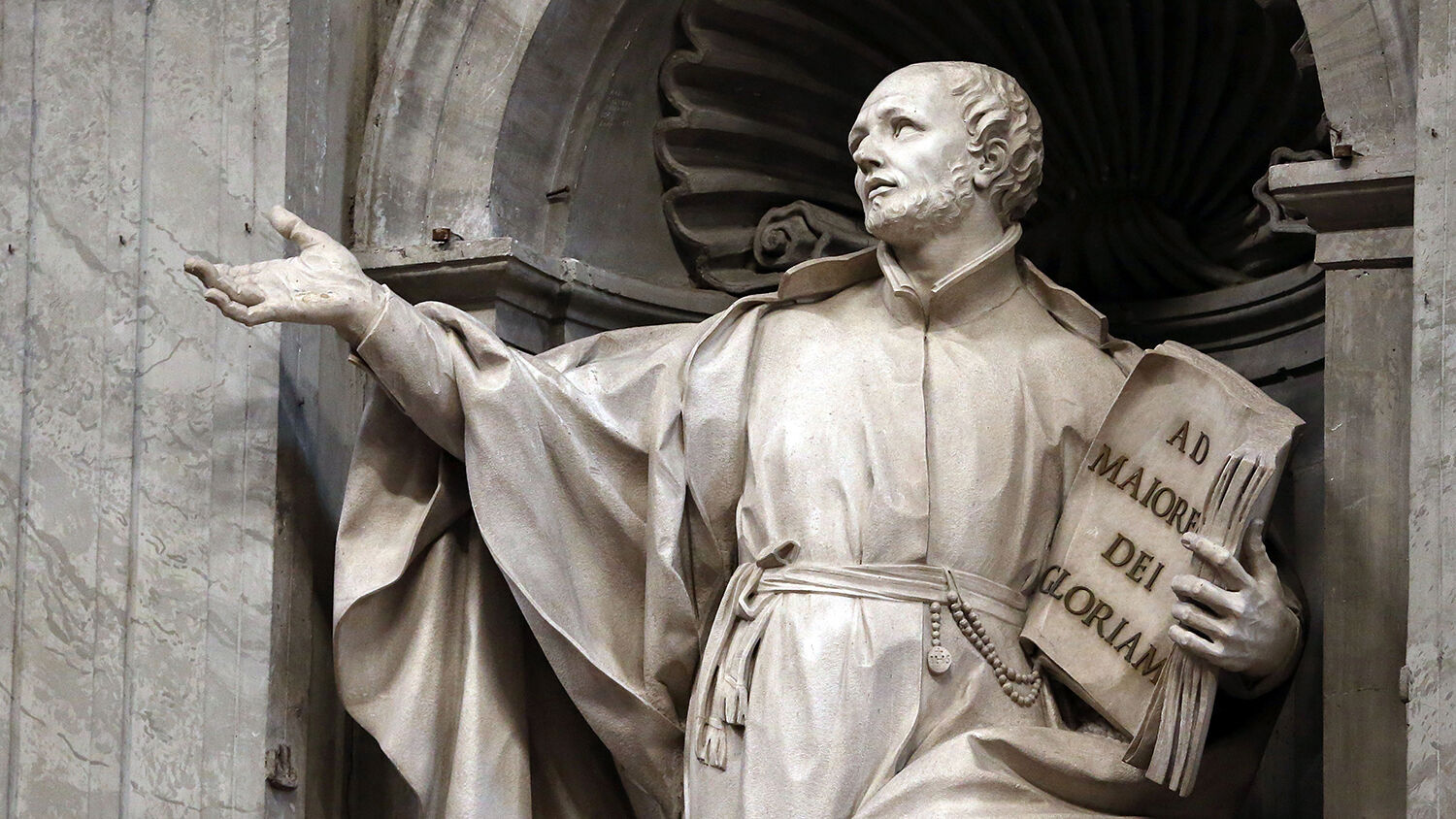 A sculpture of the founder of the Jesuit Order, St. Ignace of Lojola, in Vatican City
Franco Origlia/Getty Images

Is Pope Francis pushing for one world religion?

The first Jesuit pope has appointed a fellow Jesuit as the new prefect of the Vatican’s Secretariat for the Economy. Pope Francis announced on November 14 that Juan Antonio Guerrero Alves would be filling the crucial position left vacant after Cardinal George Pell left Rome to stand trial on sex abuse charges in Australia. Guerrero is a 60-year-old Spanish priest with a degree in economics from the Autonomous University of Madrid. He is also a key adviser to Jesuit Superior General Arturo Marcelino Sosa Abascal.

The appointment of Jesuits to powerful positions at the Vatican represents a significant shift in the Catholic Church. Before Jorge Bergoglio was elected pope in 2013, not a single Jesuit was serving in a leadership position at the Vatican. Now Pope Francis has appointed three of his Jesuit brothers to some of the Vatican’s highest posts: Spanish Jesuit Juan Antonio Guerrero Alves heads the Secretariat for the Economy; Canadian Jesuit Michael Czerny heads a Vatican office that advocates for global migrants and refugees; Italian Jesuit Luis Ladaria heads the powerful Congregation for the Doctrine of the Faith.

Before Francis’s papacy, the only known Jesuit to lead a Vatican office was Augustin Bea, who led the Secretariat for Promoting Christian Unity under popes John xxiii and Paul vi.

Some Catholics feel uneasy about Jesuits holding senior positions, as they are perceived to prioritize evangelization over doctrinal orthodoxy. When Pope Francis accuses conservative culture warriors as being too “rigid,” he is invoking a Jesuit interpretation of “discernment.”

The Jesuit Order was founded in 1534 by Ignatius of Loyola to stop the spread of Protestantism and convert the indigenous peoples of Africa and the Americas. The Jesuits formed the vanguard of the Catholic Counter-Reformation, taking back large portions of Europe from the Protestants. Jesuit priests Martin Becanus and Wilhelm Germain Lamormaini were both confessors and advisers to Holy Roman Emperor Ferdinand ii during the Thirty Years’ War to recapture Central Europe from the Protestants.

The Jesuits are an all-male order with a military-style structure and ethos.

Since Second Vatican Council ended in 1965, the Jesuits have worked to unite Catholic and Protestant churches through ecumenism and interreligious dialogue. They have also opted for a shift toward working on behalf of the poor in the developing world. Many Latin American Jesuits even embraced Marxist-inspired Liberation Theology in their attempt to win converts in Third World countries. This Jesuit push for church unity, or ecumenism, reveals the Vatican’s imperial spirit and desire for dominance.

Pope Francis’s decisions to put Jesuits in charge of Vatican financial policy, immigration policy and doctrinal orthodoxy are part of a plan to unite all Christian denominations under Rome’s authority. To what extent the Jesuits are successful in altering Catholic doctrine remains to be seen, but Bible prophecy reveals that the Catholic Church will have great success bringing Protestant churches back into the fold.

The Bible often uses the symbol of a woman to represent a church (2 Corinthians 11:2; Revelation 19:7; Ephesians 5:22-27). Isaiah 47 describes a specific church that it calls “the lady of kingdoms.” She exerts power over many nations, but she has protesting daughter churches. She vows to bring her daughters back into the fold, saying, “I shall not sit as a widow, neither shall I know the loss of children” (verse 8).

Herbert W. Armstrong, founder of the Plain Truth magazine (predecessor to the Trumpet), taught since the early 1930s that scriptures such as this one describe a coming union between Catholics and Protestants. Notice this excerpt from the October 1961 Plain Truth: “The pope will step in as the supreme unifying authority—the only one that can finally unite the differing nations of Europe. The iron jurisdiction over both schools and religion will be turned over to the Roman Catholic Church. Europe will go Roman Catholic! Protestantism will be absorbed into the ‘mother’ church—and totally abolished” (emphasis added).

In order to build and influence this church-state superpower, the Catholic Church will likely make strategic compromises—standing firm in one area, compromising in another. Scriptures in Isaiah 47 and Revelation 17 clearly reveal that the old Holy Roman Empire, influenced by the Vatican, will be resurrected one last time.

Just as it did during the Counter-Reformation, the Jesuit Order is helping this happen.

To understand what the Bible says about the religious system that will dominate the Western world during the last days of man’s rule over man, request a free copy of Mr. Armstrong’s booklet Who or What Is the Prophetic Beast?