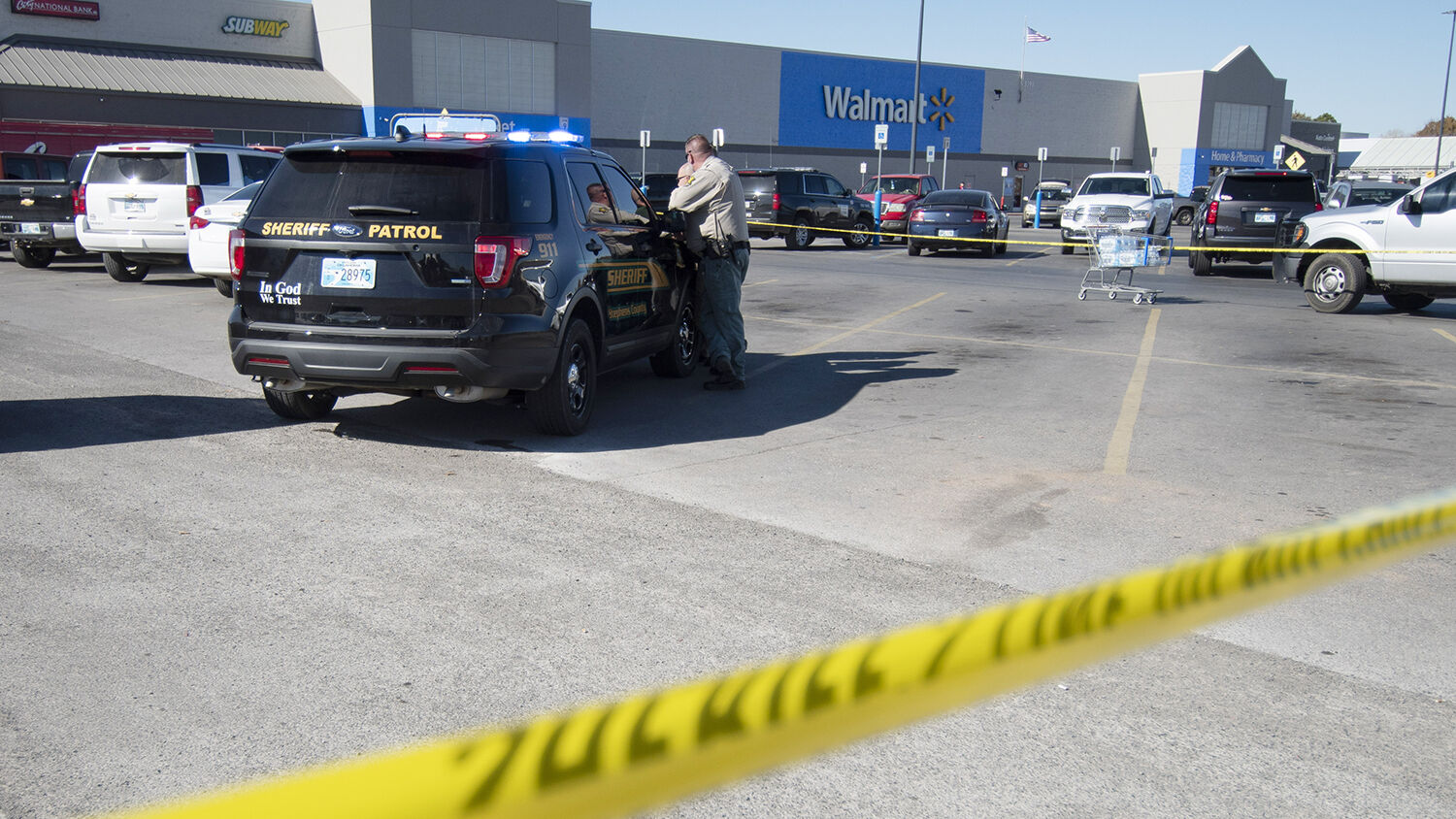 A police officer maintains a security line after a shooting in a Walmart parking lot on November 18 in Duncan, Oklahoma.
J Pat Carter/Getty Images

A gunman shot and killed two people in a Duncan, Oklahoma, Walmart parking lot before fatally shooting himself on November 18. This murder-suicide marks the fourth mass shooting in a week in the United States, following three that took place in the space of four days in California.

The Oklahoma gunman, armed with a handgun, fired at least nine rounds on a man and woman sitting in a car in the Walmart parking lot. He then turned the gun on himself outside the victims’ car. According to Duncan police chief Danny Ford, the victims knew the gunman, but he did not expound on the nature of the relationship. The police have thus far been unable to determine a motive for the shooting. Ford told the media, “I have no idea what was going on through his head.”

DEADLY WALMART SHOOTING: A man and a woman were fatally shot inside a car at an Oklahoma Walmart parking lot, with gunman then apparently taking his own life after one witness said he was confronted by an armed good Samaritan. @marcusmoore reports. https://t.co/lPLVmR37Se pic.twitter.com/HMzamkt6Q8

This shooting follows hot on the heels of similar tragedies in California. On November 14, a Saugus High School student in Santa Clarita shot five students before shooting himself. He and two of the victims died. Two days later in San Diego, a man shot and killed his wife and three of their children, ages 3, 5 and 11. A fourth child was hospitalized with injuries; the gunman later died from a self-inflicted gunshot. The following night, four were left dead and six injured after a shooter entered and fired into a crowd at a backyard party in Fresno.

In less than a week, 15 people have been killed, 10 injured, and numerous families have been traumatized and left mourning their loved ones—all the result of mass shootings. Tragically, they are not the only ones.

In the wake of these tragedies, the narrative has turned to gun control.

7 dead, 6 injured, two shootings less than 24 hours apart—it’s past time to take action for families torn apart by gun violence. If Congress won’t take action, I will. Today, I grieve with the Fresno and Duncan communities and think about ways to couple words with action.

The calls are likely to increase. According to Ari Freilich, state policy director with the Giffords Law Center to Prevent Gun Violence, California has some of the toughest gun laws in the country; Californians should be more protected from gun violence than anywhere else in the U.S. However, “those protective laws tragically weren’t enough,” Freilich said.

The rise in mass shootings in America are a symptom of moral and spiritual problems. Why is America producing so many killers?

2 Chronicles 7:14 reads: “If my people, which are called by my name, shall humble themselves, and pray, and seek my face, and turn from their wicked ways; then will I hear from heaven, and will forgive their sin, and will heal their land.” The cause of every mass shooting in America is sin.

In November 2017, Trumpet editor in chief Gerald Flurry wrote: “God is heartbroken by the abominable sins of our nation! … Many think that a loving God would never curse human beings, but what if that’s the only way to wake them up and make them see the fruits of a life apart from Him?” When tragedy strikes, people question why a loving God would let such pain and suffering occur. But as Mr. Flurry pointed out, these tragedies are to teach mankind how desperately they need God in their lives, and cause them to “turn from their wicked ways”!

America’s abominable sins have resulted in a great deal of suffering. But through this suffering, people will finally learn to turn away from their sins and turn to God. When that lesson is learned, God can heal the land and administer peace, prosperity and abundant joy to the whole world! To learn more about the real solution to mass shootings, read our article “Why Mass Shootings?”