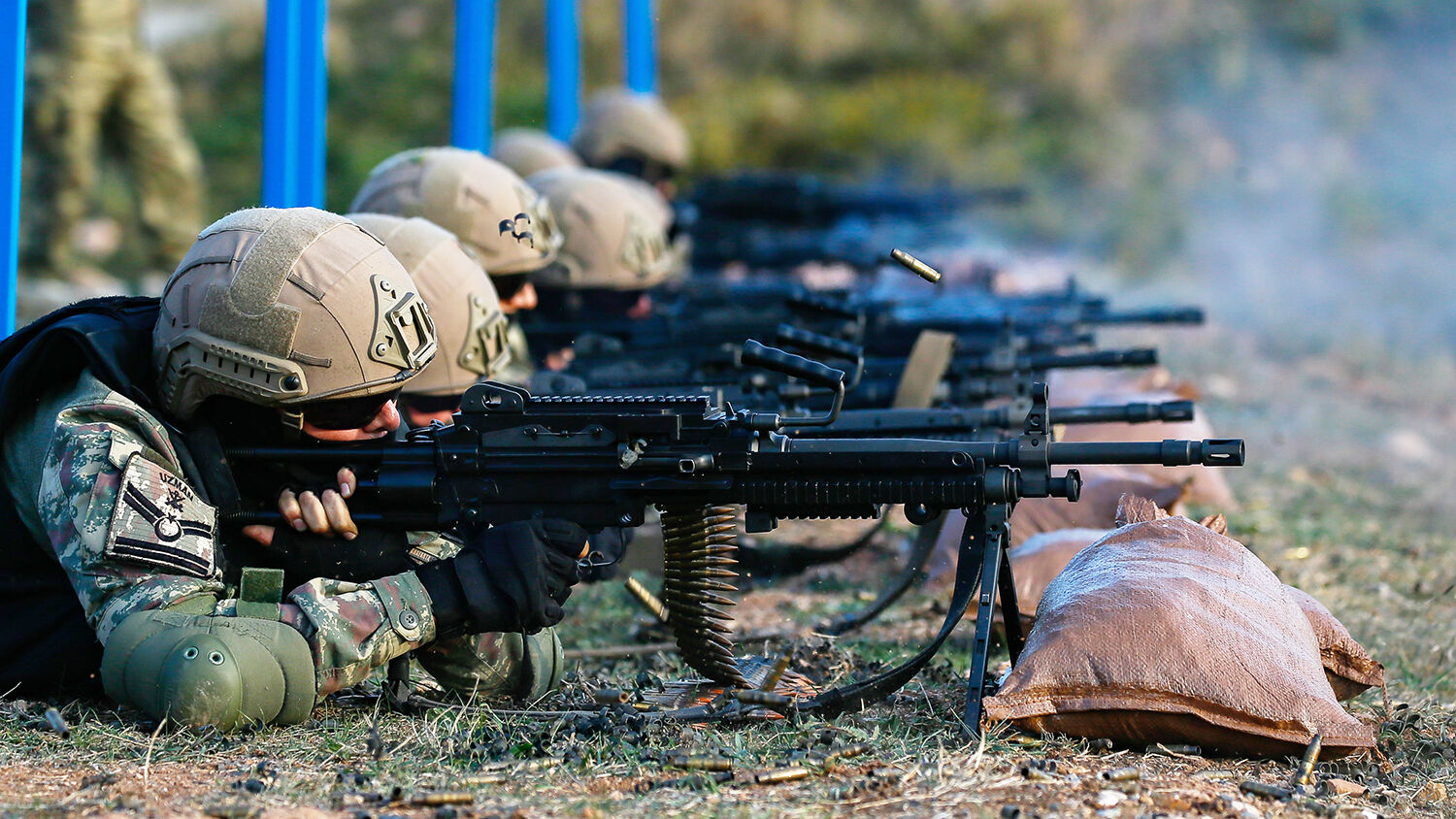 Arab countries in the Middle East are concerned about Iran. They fear Iran’s growing influence in the region, its nuclear program and radical ideology. But what concerns them most is that no Western leader seems willing to confront the nation militarily. Germany’s former defense minister Karl-Theodor zu Guttenberg is listening to their pleas and may one day lead the alliance they are asking for.

In 2013, Guttenberg and Ulf Gartzke wrote an opinion piece for the Wall Street Journal in which they criticized Berlin’s role in the Middle East. Berlin is missing “a broader debate—both in public and among top German officials—about what Berlin should do if diplomacy fails and Israel is compelled to take military action against the Iranian nuclear threat,” they wrote.

In a Fox Business discussion in July, Guttenberg was asked if Britain would be willing to take necessary military action against Iran. “I don’t think they will do it alone,” Guttenberg answered. “It is such an extremely complicated region. And I had a chance to sit together with a couple Middle Eastern leaders over the last two weeks now, and yes, their reaction was ‘It has never been as dangerous.’ But they also said there is no chance to confront Iran, the way they’ve been pampered militarily, just with one country. And there has to be built an alliance, and as I said before, an alliance has to be based on common understandings where to go and where not to go.”

Guttenberg further explained that the situation gets even more complicated when you consider England’s and Germany’s political turmoil. The leadership of those countries seems uncertain, and no leader wants to lose the support of voters by starting a war.

One may expect such actions to come from the United States, but even here Guttenberg sees little hope. “It is rather dangerous,” he told cnbc in July. “I don’t expect anyone stepping deliberately into a war. I talk to many stakeholders in the U.S. political spectrum and everyone says even Donald Trump … doesn’t have an interest at all to ruin his reelection chances for next year by waging a war against Iran. On the other hand, talking to stakeholders from the region over there, they are afraid, and they say we have never been as close to war as right now.”

Many Arab countries are willing to confront Iran militarily. They believe that a military confrontation is almost inevitable. But only Guttenberg seems to hear their pleas and is willing to form such an alliance.

While Guttenberg does not currently hold a political office, some believe he could replace German Chancellor Angela Merkel in the near future. We at the Trumpet have spoken about this possibility for years.

Iran’s military strength and sphere of influence in the Middle East are widespread. Its terrorist proxies and allied radical Islamist nations terrorize the region. This makes confrontation extremely complicated; Iran and its allies can only be confronted with a counter-alliance. We at the Trumpet have expected such an alliance to develop. In our Trends article on this subject, we wrote in 2017:

After Middle Eastern strongmen fell in the 2011 Arab Spring, two distinct Middle Eastern alliances emerged. The Trumpet has forecast the first alliance for decades: Iran’s rise as king of the region. But the Trumpet has also forecast the emergence of a confederation of Arab states in something of an anti-Iranian alliance. Though in modern times, the Arab League and other similar efforts have achieved precious little or have failed to hold together at all, the Trumpet still expects an Arab confederation to achieve some measure of success in the time just ahead.

What is more, we forecast that an outside power will conspicuously align with this coalition of Arab states: none other than Germany.

This is an amazingly accurate prediction. What’s more, the very man that the Trumpet predicted would lead this alliance is already in contact with leaders in the Middle East. For more than a decade, Trumpet editor in chief Gerald Flurry has referred to Guttenberg as the most likely man to lead an attack against Iran. Guttenberg’s meetings with Arab leaders may yet be another indication that he will be this prophesied strong leader.

Saudi Arabia has opposed Iran’s influence for years. But it would not dare attack Iran directly. But a coalition led by Germany would tip the balance overwhelmingly in favor of this anti-Iranian alliance. This is exactly what the Bible prophesies will happen.

As Mr. Flurry explained in “A Sudden Whirlwind,” “the king of the north” refers to a German-led Europe and “the king of the south” refers to a radical Islamist alliance led by Iran. Daniel 11 also shows that certain Arab countries will escape Germany’s attack (verse 41). Psalm 83 reveals that, at the time Germany strikes against Iran, it will be in an alliance with certain moderate Arab countries.

As Mr. Flurry explained in his article, Germany’s military presence in the region reveals its strategy to strike against Iran. But if Germany wants to get control of the Middle East, it needs an alliance. To learn more about how this alliance has been prophesied, how it will come to pass, and who will be a part of it, read “A Mysterious Prophecy,” by Gerald Flurry.

Israel will rejoice over Iran’s defeat and the end of radical Islamist domination in the region. However, the Bible prophesies that this alliance is not pro-Israel. In fact, the Psalm 83 alliance will turn against Israel.

For several centuries, the Arab world has been somewhat hostile toward Jews. But it wasn’t until Adolf Hitler and his National-Socialist regime spread their anti-Semitic propaganda into the region that hostilities reached new levels.

Various Arab alliances have sought to destroy Israel since the nation was founded in 1948. As much as they hate Iran, they hate Israel more. Both Daniel 11 and Psalm 83 clearly reveal that Germany will not only use this Arab alliance to destroy Iran but also to get control of the Holy Land—Jerusalem (Daniel 11:40-45).

Anti-Semitism is again on the rise in Germany and getting increasingly violent, as theTrumpet.com assistant managing editor Richard Palmer explained in “The One Minority Society Loves to Hate.” While Germany’s future foreign policy may appear to be pro-Israel, the warning is on the wall.

Consider that the Bible prophesied all of these events with phenomenal accuracy. Bible prophecy leaves no doubt that there is a God in charge of world events. This very same God is preparing for the return of His Son, Jesus Christ, to end all violence on Earth. This is where all these prophecies ultimately lead!

What’s more, Bible prophecy points people to God. God reveals these prophecies so those who hear them will repent, follow Him, and in doing so, escape the prophesied calamities. God in His mercy even has a plan to save those who do not heed His message now, as long as they are willing to repent at a future time. There is a grave warning in Bible prophecy, but there is also wonderful hope. Request your free copy of The King of the South, by Gerald Flurry, to learn how meticulously God prophesied about the events we see developing all around us and what it means to you.