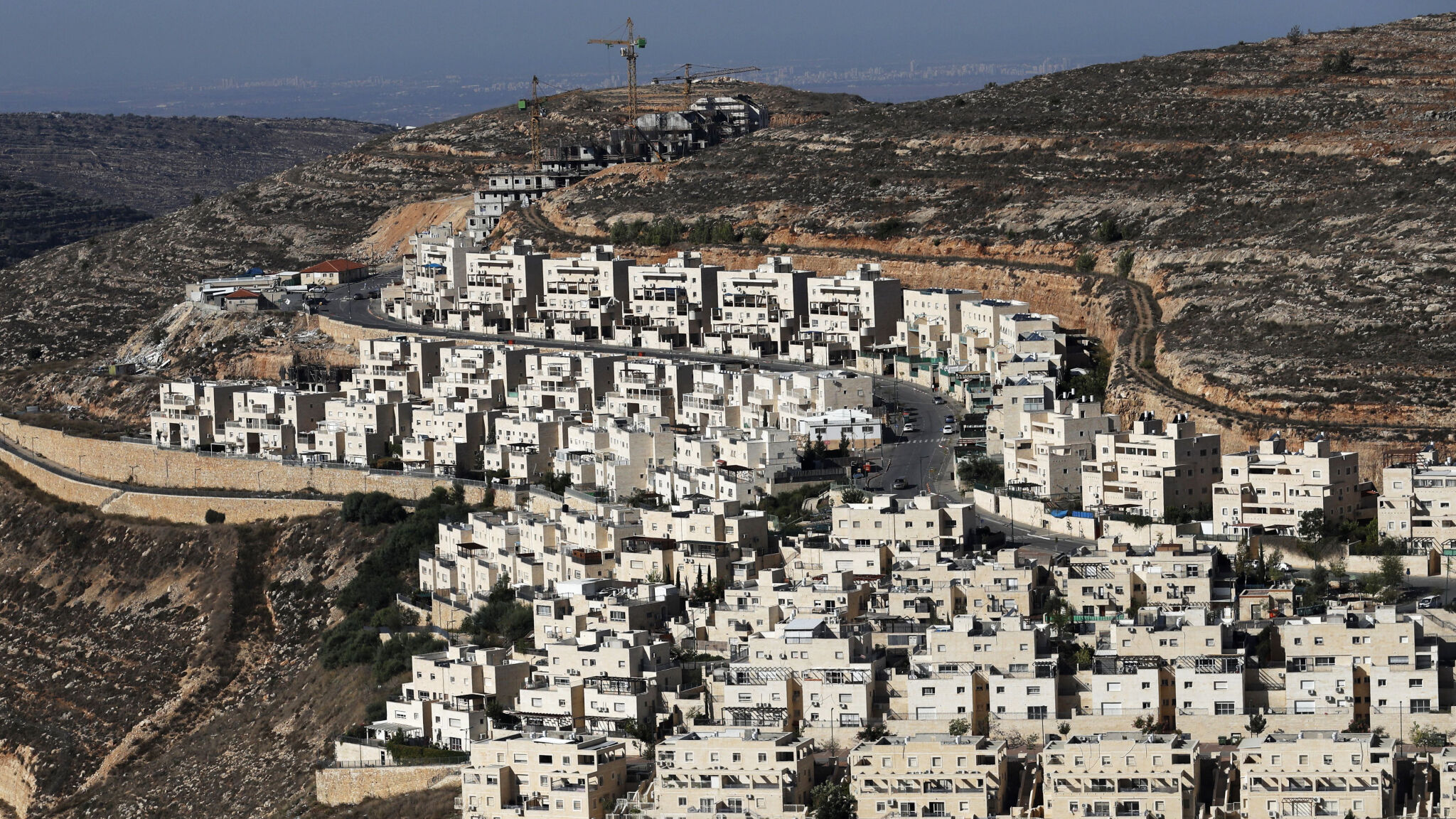 The Israeli settlement of Givat Zeev, near the Palestinian city of Ramallah in the West Bank
AHMAD GHARABLI/AFP via Getty Images

The U.S. stood up for its closest Middle Eastern ally. But how long will the favor last?

In another show of friendship from one of the most pro-Israeli administrations ever, United States Secretary of State Mike Pompeo announced that the U.S. would no longer regard Israeli settlements in the West Bank as illegal. Speaking in Washington, D.C., on November 18, his remarks altered the America-Israel relationship. But in this volatile world, how long will the favor last?

“After carefully studying all sides of the legal debate, this administration agrees with President Reagan,” stated Pompeo. “The establishment of Israeli civilian settlements in the West Bank is not per se inconsistent with international law.”

This is a major blow to the Boycott, Divestment and Sanctions movement, which aims to stifle Israel’s economy. It is also a blow to European diplomatic dogma, which declares Israeli settlements illegal under international law. The EU’s justification for this comes from a disputed interpretation of the Geneva Convention.

It is also a rebuke of former President Barack Obama’s policy. In December 2016, former Secretary of State John Kerry abstained from vetoing United Nations Security Council Resolution 2334, which condemned Israeli West Bank settlements as a “flagrant violation under international law.” Kerry did this only a few weeks before Obama left office. In Israel, it was seen as a cruel parting shot. Pompeo’s statement is as close as the U.S. can get to reversing Resolution 2334 without bringing it to the UN, where France would likely veto any attempt to repeal it.

This is more than just a gesture of goodwill. The U.S.’s decision gives Israel greater diplomatic strength. An analysis column at the Jerusalem Post explained that “when some European diplomat says matter-of-factly that ‘the settlements are illegal,’ Israel can reply, ‘Says who?’ and then point to the U.S. as one country that disputes that characterization.”

Israeli journalist Caroline Glick stated, “Monday will long be remembered as a turning point in Middle East history” and “the most significant shift in U.S. Middle East policy in the past generation.”

Thank you @realDonaldTrump and @SecPompeo for recognizing the truth about Israeli communities in Judea and Samaria. You are the greatest friends Israel has ever had and we appreciate your friendship more than you can know.

Some assigned religious meaning to the event. “For both Jews and evangelical Christians, Trump has completed a fulfillment of prophecy,” stated a Jerusalem Post opinion piece.

President Trump’s new policy “puts the U.S. squarely at odds with the conventional view that Israeli settlements are an impediment to the ever elusive peace process,” said Stephen Flurry, executive editor of the Trumpet and host of the Trumpet Daily Radio Show, on November 19. This “conventional view” is shared by virtually every nation of consequence participating in the UN, especially the European Union, whose leaders believe Israeli settlements undermine the peace process.

If the peace process were actually bringing peace, Pompeo’s comments would not have been necessary. He affirmed that “calling the establishment of civilian settlements inconsistent with international law has not advanced the cause of peace.” International law itself, with groups such as the Boycott, Divestment and Sanctions movement, has been “used as an excuse to barrage Israel with hate,” said Mr. Flurry.

Monday’s announcement will have tangible effects on Israel’s future and could give new momentum to the nation’s months-long search for a functioning coalition government.

Pompeo said that his decision was “based on the unique facts, history and circumstances presented by the establishment of civilian settlements in the West Bank.” There is plenty of prejudice against Israel in the world and in international institutions. How many truly know about that history? Or about the real prophecies that do indeed have something to say about the relationship between President Trump and Israel?

In “Saving America From the Radical Left—Temporarily,” Trumpet editor in chief Gerald Flurry proved that God is using the Trump administration to bring a resurgence to America. “When you compare what this president is doing to what his predecessor did, there has been a clear change in direction,” he said. Repudiating anti-Israel policies from the Obama era is one prominent way this change is happening. To those who have watched U.S.-Israel relations for awhile, and who live under the barrage of rocket-fire coming from Gaza, the president’s warmth toward Israel may even seem too good to be true.

This raises a vital question, which Israelis want answered: How long will U.S. favor last?

Mr. Flurry emphasized that this resurgence in America—which also affects Israel—is only temporary. Mr. Flurry wrote that “what we are seeing is actually a modern-day fulfillment of what happened in ancient Israel under Jeroboam ii. A bit of a resurgence, some renewed prosperity, a swell of religious activity—but not true religion—with the blessing of the ‘king.’”

How did it end?

“Yet like anciently, this is only a temporary resurgence. Look at what happened anciently, and you recognize that the short-term gain in the nation was followed by extremely strong correction!” Mr. Flurry continued.

When this resurgence ends, Israel will ultimately turn to Germany for help. This will prove to be a fatal mistake. God will use a German-led Europe to correct Israel, the U.S. and Britain for rebelling against His law (Isaiah 10:5-6). The current resurgence in American-Israeli relations is a clear sign that Israel and the world are closer than ever to that time of correction.

This will be a time of unimaginable suffering, worse than anything the world has ever seen. The Bible calls it “a time of trouble, such as never was since there was a nation even to that same time” (Daniel 12:1). This is about an unparalleled global disaster.

Yet even in the midst of all this, there is great hope. All of this suffering happens just before the return of Jesus Christ! He will bring spectacular peace, productivity and cooperation to all races and nations—permanently.

The Bible contains detailed prophecies explaining why Israeli-American relations are getting stronger, and how long they will last. There is no better source for clear and sure answers about Israel’s future. And only in these proven prophecies is there real hope for lasting peace between Israel and its neighbors. To learn more about this, read Mr. Flurry’s article “Saving America From the Radical Left—Temporarily.”