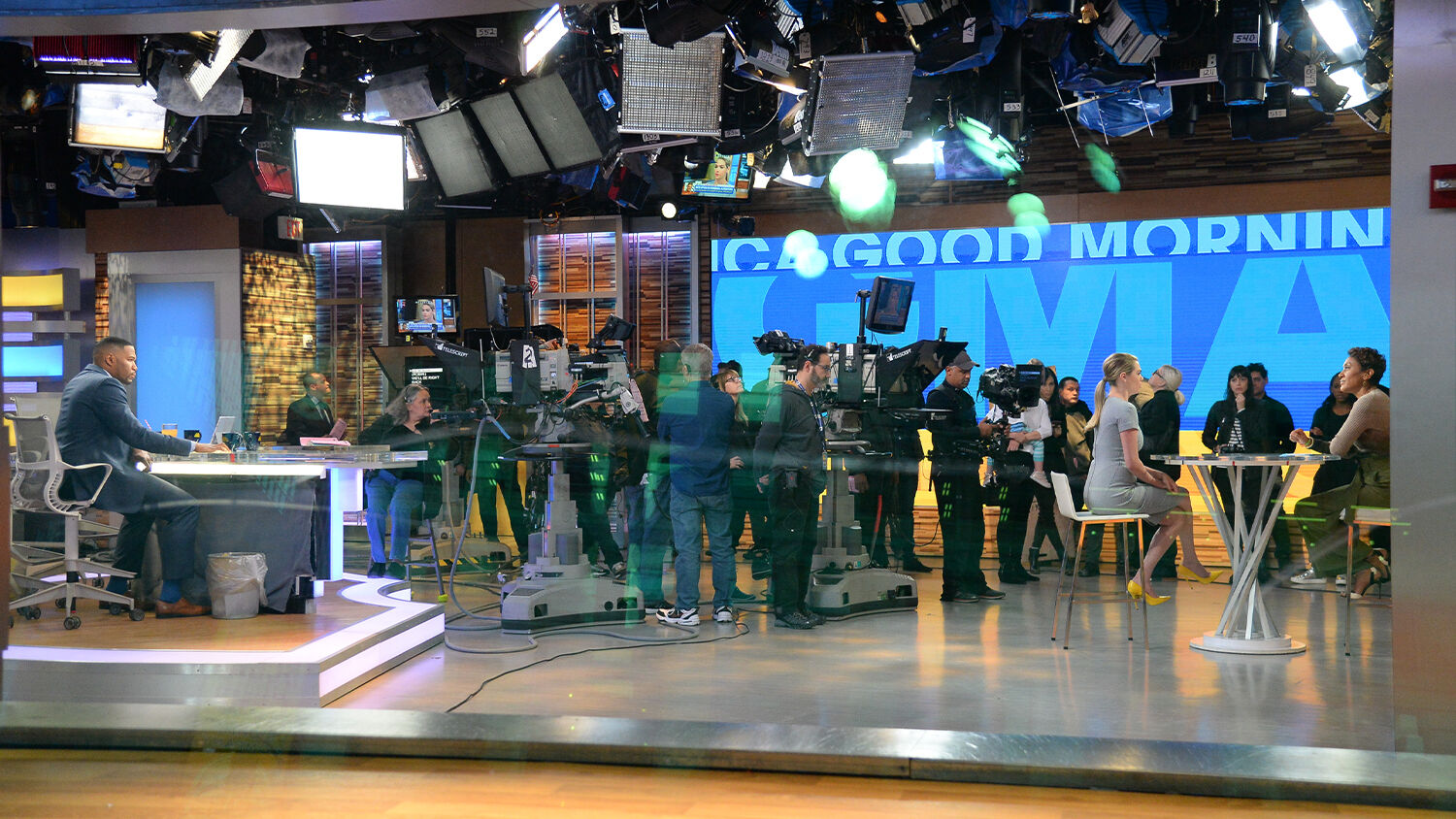 Do you remember “Desmond Is Amazing”? We wrote about his appearance on Good Morning America (gma), America’s most popular morning show, some time ago. The clip is a year old now, but it is still going strong on YouTube—so is Desmond Napoles, the 12-year-old gender-fluid drag performer, fashion model, film and tv actor, and lgbtq advocate. Desmond Is Amazing performs at gay parades and drag clubs, and on stages and runways, all across America. He has a burgeoning media empire, including his own website and YouTube channel.

Desmond was in the news again this week. The digital media site Mashable posted a gushing video of Desmond Is Amazing on Facebook, praising the boy as “inspiring.”

This story is so absurd and warped that it’s hard to know where to start. There are almost countless angles to write on, including the subjects of child abuse and the peddling of pedophilia by the mainstream media. But watching the YouTube clip of Desmond Is Amazing on Good Morning America, something caught my eye: The video was “liked” by 2,600 viewers and “disliked” by 47,000 viewers.

This is interesting: The vast majority of YouTube viewers who voted on the video did not like what they saw on Good Morning America.

Was mainstream America’s disgust with Desmond Is Amazing reflected in gma’s story? No! To the contrary: America’s most popular morning show celebrated the life of this child drag queen as something beautiful and wonderful. Desmond strutted down the aisle to raucous applause from an audience that was grinning from ear to ear. He was embraced by fawning, almost awestruck, gma hosts, who treated him like some sort of conquering hero. And by the end of the segment, 12-year-old Desmond was surrounded onstage by adult drag queens.

Here’s the point: Good Morning America made the story of this 12-year-old drag queen seem entirely normal and acceptable. Desmond and his lifestyle were made out to be entirely mainstream.

But it isn’t. The fact that the number of dislikes was 18 times higher than the number of likes shows that many Americans still have a problem with a major tv network celebrating a prepubescent boy dressing like a prostitute and performing at gay pride parades.

What is going on here? Does this reveal the massive gap between values of liberal elites in New York and mainstream America? Sure. But there is more here than just a moral chasm. Something much more sinister is at work, and we need to understand it.

Think about the effect, both consciously and subconsciously, this gma segment would have had on millions of viewers. How many watched the gushing adoration of Desmond Is Amazing by fellow Americans and gma hosts and questioned their own aversion to what they were watching? How many were convinced, or began to be convinced, perhaps without even being aware of it, that Desmond Is Amazing is normal? How many had their moral compass shift, even just a little?

How many observed the acceptance and sheer delight of that gma segment and became a little more desensitized to immorality?

Do you see how this works? In that segment, Good Morning America was mainstreaming wickedness. It was making something that the majority still considers to be immoral and wrong out to be normal and acceptable. It created the perception that society now endorses child drag queens, and that those who disagree are part of an unsophisticated, intolerant minority. It turned evil into good—and good into evil.

The radical left does this all the time.

Think on it. Right now we are witnessing a global campaign to mainstream transgenderism and gender fluidity. Stories that promote the lgbtq lifestyle, like Desmond Is Amazing, are everywhere all the time. Gender fluidity is now promoted in every crack and crevice of Western society and culture, from fashion to education to social media to entertainment. Watching all this, one gets the impression that millions are experiencing a crisis in sexuality or gender, and that countless millions of others have no issue with transgenderism and gender fluidity.

In fact, only 0.6 percent of American adults identify as transgender. (The figures are roughly the same in other nations.)

When it comes to mainstreaming evil, one of the left’s greatest success stories is homosexuality. The debate over homosexuality is over. It is considered entirely normal by both the left and right. In 2019, homosexuality is as ubiquitous as heterosexuality. Today, the presence of gays and gay culture across Western society is so strong, one could easily begin to think that large portions of the population are homosexual.

In fact, even with the negative stigma gone, only 4.5 percent of American adults identify as homosexual.

This isn’t bigotry or hate. This is fact. Transgender and gender-confused people, and even homosexuals, are part of a tiny, in some cases, minuscule, minority. Yet these groups have a powerful presence and incredible influence in society. How did it get to be this way?

The radical left has been incredibly successful at mainstreaming minority beliefs!

This mainstreaming of minority views and opinions occurs daily on all sorts of issues, including climate change, gender inequality, feminism and Brexit. That’s right, even Brexit. When you listen to the bbc discuss Brexit, or read the Guardian, or even listen to most British members of Parliament, you get the impression that the overwhelming majority of the population would prefer to remain in the European Union. Britain’s “remainer” elite has created the impression that Brexiteers are part of a small minority of radical, far-right bigots.

Only one mind can come up with a strategy this sinister. Only one being can persuade people to turn evil into good and good into evil. The Bible clearly reveals the presence of a devil. Revelation 12:9 says that there is a devil “which deceiveth the whole world.” Jesus Christ called the devil “a liar, and the father of it” (John 8:44).

Biblical passages in Isaiah 14 and Ezekiel 28, among others, show that Satan has employed this strategy of mainstreaming evil—selling rebellion, immorality and lawlessness as right and good—from the very beginning. Herbert W. Armstrong explained this powerfully in Chapter 2 of Mystery of the Ages.

How does one combat the mainstreaming of evil? How can we ensure we are not deceived? The Apostle Paul gives the answer in 2 Thessalonians 2: “Therefore, brethren, stand fast, and hold the traditions which ye have been taught, whether by word, or our epistle” (verse 15).

To avoid deception, hold fast to the truth. Defend the law. Value tradition. Build your life around the knowledge of God. Love it with all your being. Let God’s Word be the standard by which you measure all truth. Don’t let your moral compass be moved by the crowd (or the fake crowd). Rely on the power of God.

In an upside-down world, it’s the only way.