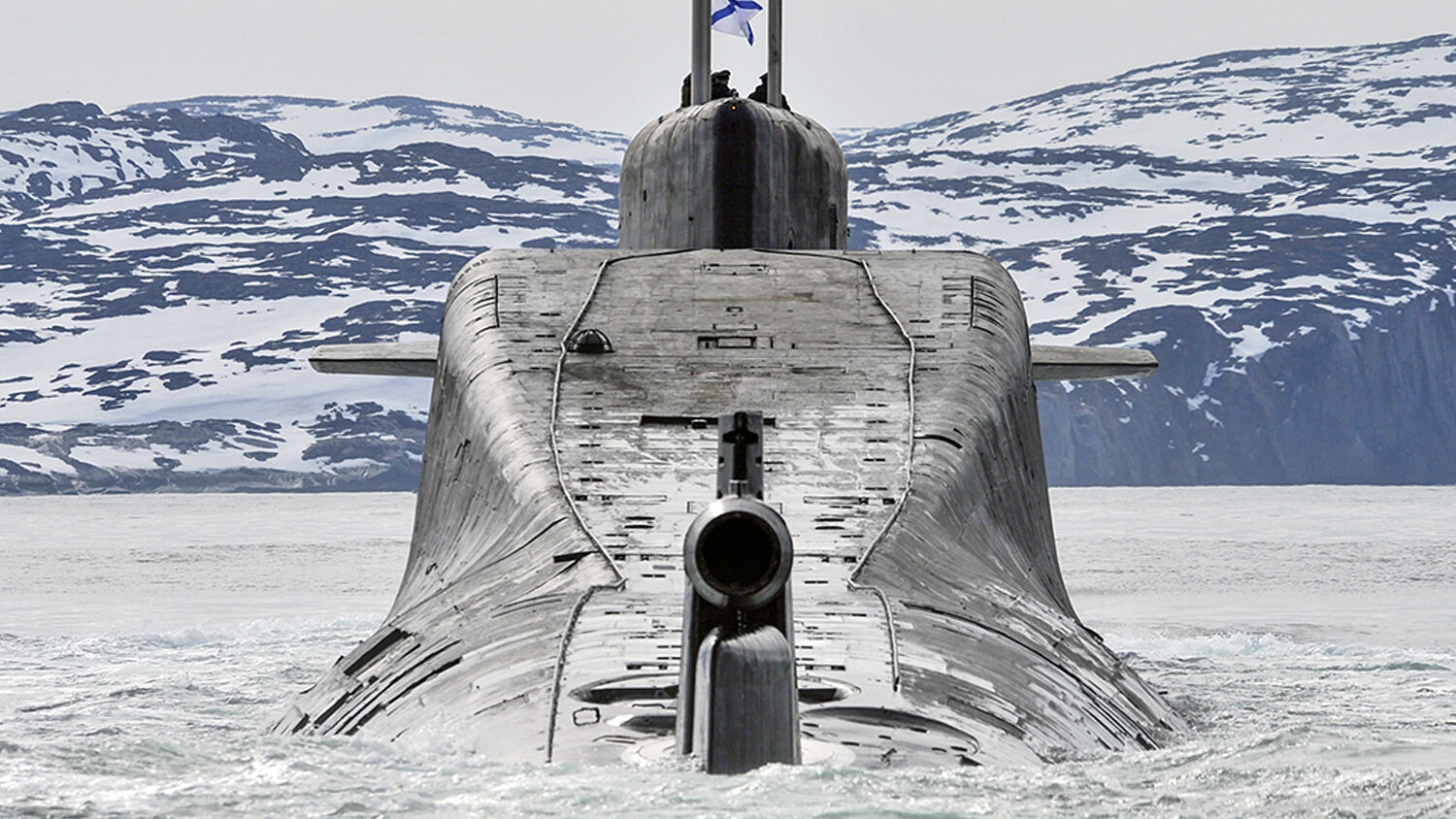 Russian submarines are rehearsing tactics that could ‘wreak havoc’ on their enemies.

On October 29, Russia began its most extensive underwater exercises since the end of the Cold War. These two-month-long war games underway in the North Atlantic Ocean are a dress rehearsal for a coming conflict.

Of the 10 Russian submarines taking part, Norwegian intelligence suggests that eight are nuclear-powered. The fleet right now is pushing through what is called the giuk gap—between Greenland, Iceland and the United Kingdom. Global powers closely monitor this strategic bottleneck area. If Russian submarines slip through undetected, they may be able to vanish into the Atlantic Ocean and reappear near the United States, the United Kingdom, France, Portugal or other nations without warning.

Tyler Rogoway reported on this at theDrive.com:

If Russian submarines can break through undetected, they have a far better chance of disappearing into the Atlantic to go about their potentially very deadly business without being traced. During a time of war, this can include wreaking havoc on Allied shipping and naval flotillas and executing pinpoint attacks on key land targets.

Analysis by the Norwegian news outlet nrk says the aim for at least some of the submarines involved is to maneuver as far out into the Atlantic as possible without being tracked by other nations. nrk wrote, “Russia’s goal is to show that they are able to threaten the U.S. East Coast …. They want to test the West’s ability to detect and handle this.”

The Russians are striving toward a frightening set of goals in these drills. And with two months scheduled for the exercises, Russia has ample time to put its submarines to the test, to poke around for blind spots in the giuk gap, and monitor the ability of the U.S. and other Allied powers to detect them.

Separate from these events, but stemming from a similarly frightening ambition, Russia test-fired an intercontinental ballistic missile on October 30 from its most advanced submarine. The Prince Vladimir fired the Bulava missile from the White Sea, just north of St. Petersburg. The missile headed east, crossing over almost the entire Russian landmass, before striking its target near Alaska.

This nuclear-capable weapon, launched from the sea and crossing 10 time zones, places Russia’s recent military advancements on full display and would have held the attention of leaders around the world. Much of the rhetoric surrounding such developments focuses on Russia being able to challenge the United States. But the more important region to watch for a response to Russia’s military flexing is Europe.

In 2014, just after Russia annexed Ukraine’s Crimean Peninsula, Trumpet editor in chief Gerald Flurry wrote about the effect acts of Russian belligerence have on Europe. Placing it in context of Bible prophecy, he wrote:

The Europeans have not forgotten what happened in 2014 with Ukraine. And they haven’t forgotten what the Russians accomplished in Georgia in 2008. Europe is witnessing this increasingly belligerent military posturing from Russia warily. The increasing fear of Russia will hasten Europe’s desire to militarily and politically unite. European Union leaders calculate that they will stand a better chance of standing up to the Russian bear if they are united in a bloc .

Mr. Flurry’s article examines prophecies recorded in the books of Daniel, Ezekiel and Revelation and shows that the developments now underway are leading to a time of destruction that “will cause more suffering than the world has ever known!”

But there is cause for hope, because these developments ultimately point to profoundly good news. He wrote:

It does describe a lot of suffering coming upon this world—the worst ever. But it is tied directly to the coming of the Messiah, when all suffering ends, and God brings peace, happiness and joy to the world! That is the best news you could ever hear!

To learn more about the effect Russia’s militarism is having on Europe, read “The Crimean Crisis Is Reshaping Europe!” by Gerald Flurry.