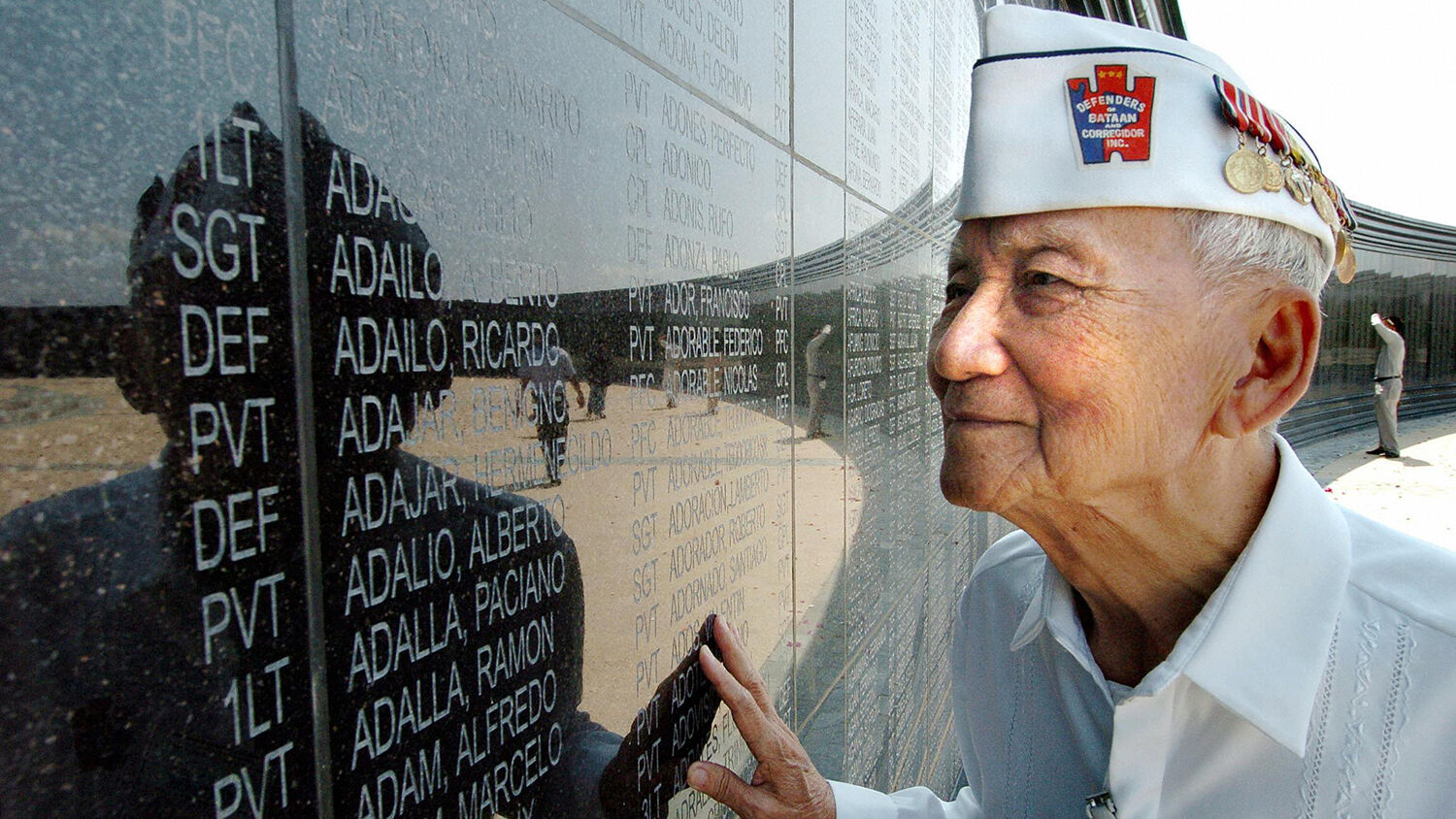 Filipino World War ii veteran Rafael Estrada, 87, looks at the names of his comrades at the Capas National Shrine during a memorial day marking the fall of Bataan.
ROMEO GACAD/AFP via Getty Images

On my recent visit to Asia, I spent time in the Philippines and Singapore. These two nations exemplify how the economic and military blessings of the United States and Britain have been turned against them.

The geographic location of the Philippines makes it strategically important for maritime trade and projection of military power. The U.S. took over the Spanish colony in 1898. Nationalist Filipinos initially transferred their insurrection against Spain to insurrection against the U.S., but were defeated. The Philippines remained under U.S. control for several decades.

On Dec. 7, 1941, forces of the Empire of Japan bombed the U.S. naval base in Pearl Harbor, Hawaii. The next day, they began their invasion of the Philippines and U.S. military bases there. In the resulting conflict, more than 50,000 Filipinos died alongside U.S. troops in combat. The United States promised additional military support, but it never came. The Filipinos and Americans in the Philippines were defeated. This left deep scars in the relationship between the Philippines and America.

This history is vividly displayed through tours on Corregidor Island. But this is not just history. What happened in the Philippines in World War ii is of great significance for us today.

The United States ultimately defeated Japan and liberated the Philippines, granting it independence the following year, 1946. The two have been growing further apart ever since. The strong U.S. military presence on the islands that began in 1898 ended when the Philippines demanded in the early 1990s that the U.S. withdraw from its immense Subic Bay naval base.

A new power has now stepped in. China is militarizing the region today, and the Philippines has been drawing economically closer to Russia and China and away from the U.S. In his free booklet ‘We Have Had Our Last Chance,’ Trumpet editor in chief Gerald Flurry explains how this is a direct effect of America’s failure to help the Philippines in World War ii.

Singapore is another example of how Japan changed the course of history to the detriment of America and Britain.

But Singapore’s national museum also portrays a dark historic moment perpetrated by Japan. Japan’s World War ii attack on the British colony was driven by its desperate need for resources, and the fall of Singapore changed the country’s history dramatically.

Many Singaporeans fought and died defending their land. Britain was so occupied with fighting on the European mainland and defending its own coastline that it failed to adequately defend Singapore, and the Japanese conquered it. As a result, resentment against Britain grew and Singapore pursued independence after the war. Britain granted it through progressive steps until the city received sovereignty in 1963. Singapore continued to prosper, but the British Empire’s glory had faded.

World War ii changed the course of nations around the world. But the Philippines and Singapore are specific examples of how America and Britain are losing their blessings.

In The United States and Britain in Prophecy, the late theologian Herbert W. Armstrong explained that Britain’s and America’s prosperity were a direct result of God blessing these nations. He vividly proved that both of these nations trace back to ancient Israel and showed that the Bible foretells their futures.

In Deuteronomy 33, God prophesied that He would take away Israel’s blessings if its people disobeyed His commandments.

The Bible contains various specific prophecies that indicate that many Asian nations would unite militarily and economically against the U.S. and Britain. This trend is evident when one looks on Russia and China’s increased cooperation. Japan and India are also beginning to join this camp.

As Trumpet contributor Jeremiah Jacques explained in “Japan’s March Toward Militarism,” Japan is again militarizing, and its brutality of the past is only a foreshadow of the future. His article will help you understand the history and prophecy surrounding Japan.

Due to their strategic locations, the Philippines and Singapore also play a crucial role in the fulfillment of this prophecy.

History shows that Asia’s major nations are willing to use military force to bring these countries under their subjection. Hence we can expect that these two countries will fall, in one way or another, under the rule of Asia’s giants to the detriment of the U.S. and Britain, as prophesied in Isaiah 23 and various other scriptures.

To fully understand this trend and the major world events that puzzle most of humanity, request your free copy of The United States and Britain in Prophecy, by Herbert W. Armstrong.