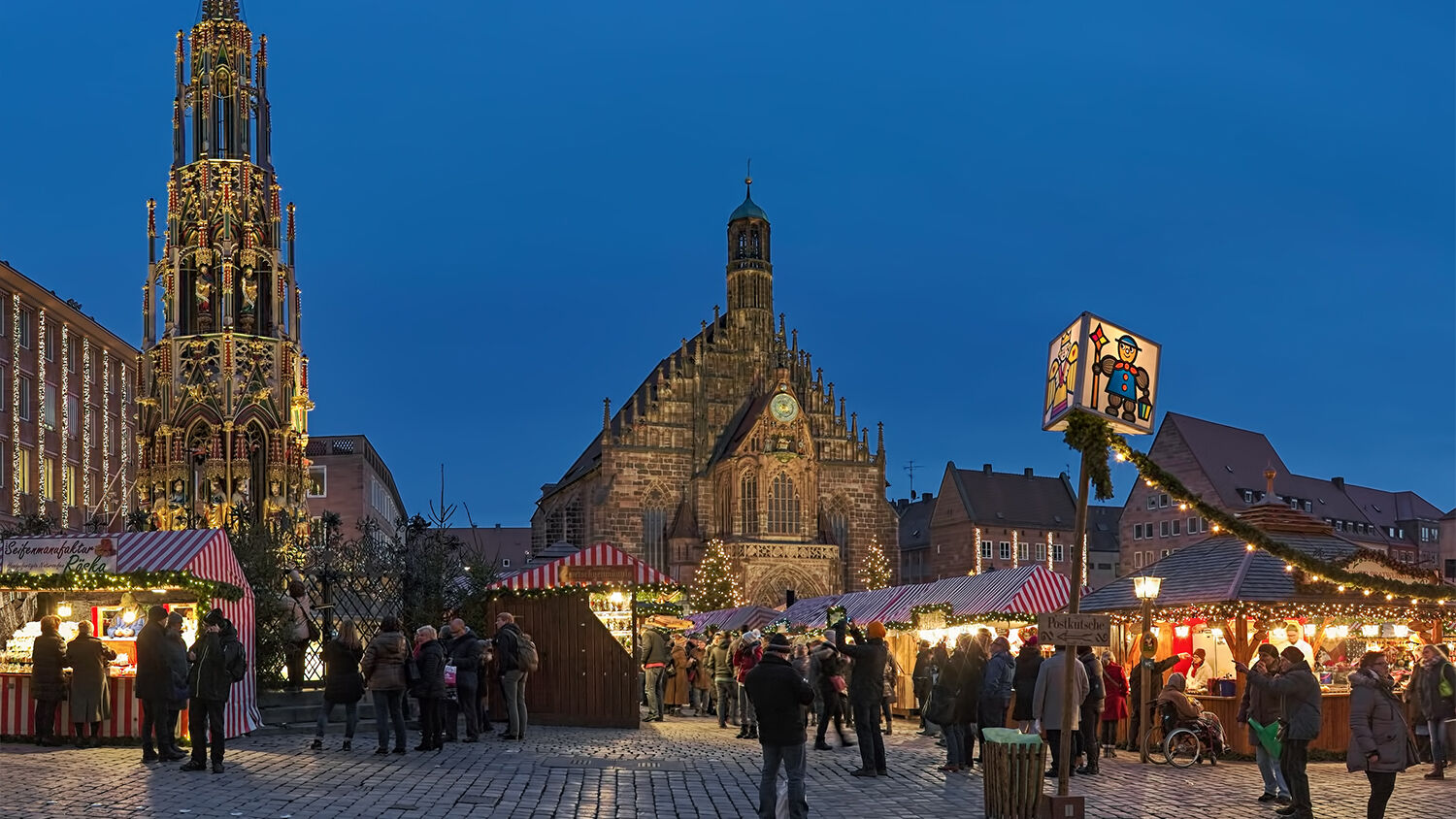 Nuremberg is prepared for the final resurrection of the Holy Roman Empire.

The Holy Roman Empire is a church-state combine that has ruled and shaped Europe for centuries. In 1050, Nuremberg became its secret headquarters. Ever since, there has been a fascination with this city that has inspired kings and emperors.

In the Middle Ages, Nuremberg was the largest and most powerful pillar of the empire; its residents were most loyal to the empire’s cause. The Nuremberg Castle is so well fortified that it acted as a safe base and dwelling quarters for the head of the empire.

Beginning in 1424, emperors stored the famous crown of the Holy Roman Empire in Nuremberg. Nuremberg’s privilege of guardianship was confirmed by Pope Martin v, who said the jewels should be preserved in the Hospital of the Holy Spirit for an “eternal time” of safekeeping unless the city falls from the Catholic faith.

The city did eventually fall from the Catholic faith following the Protestant Reformation. The crown jewels were brought to Vienna, Austria, during the Napoleonic Wars. It wasn’t until Adolf Hitler brought the crown jewels back to Nuremberg in 1938 that the city regained its former significance.

When the crown jewels were returned, Hitler said: “In no other German city is there as stronger a connection between the past and present … as in Nuremberg, the old and new imperial city. This city, which the German Reich deemed fit to defend the regalia behind its walls, has regained ownership of these symbols, which testifies to the power and the strength of the old Reich … and is [the] manifestation of German power and greatness in a new German Reich.”

But the castle is not the only symbol of the Holy Roman Empire in the city. At every corner in Nuremberg’s center are centuries-old church buildings. These buildings stand large next to former prison camps where people were brutally tortured and killed. One church commissioned by Emperor Charles iv stands on the ashes of a burned-down synagogue.

In recent years, one man in particular has worked to restore the glory of the city’s past: Bavarian State Premier Markus Söder. During his time as minister of homeland, he requested a €20,000 (us$22,300) replica of the crown to be placed in the Nuremberg Castle.

He also gave the incentive for the renovation of the Kaiserburg, a portion of Nuremberg Castle, costing an estimated $30 million. Around the same time, the exhibition at the Kaiserburg was completely redesigned. Since then, visitors have increased significantly.

The fascination with the city of Nuremberg continues. And as Trumpet editor in chief Gerald Flurry explained in “The Holy Roman Empire Goes Public—Big Time!” this empire is reemerging in many other ways. Mr. Flurry drew particular attention to the rule of Austrian Chancellor Sebastian Kurz, who closely cooperates with the Roman Catholic Church. This alliance between church and state is iconic to the Holy Roman Empire.

A prophecy in Revelation 17 shows that this empire will emerge again just prior to the return of Jesus Christ, the time we are living in now. Who or What Is the Prophetic Beast?, by Herbert W. Armstrong, explains just how this empire will spread throughout Europe.

Given this prophetic context, could it be that Nuremberg’s current restoration programs are preparing the city for the final resurrection of the Holy Roman Empire?

Again, who is the real king of the Holy Roman Empire? “And there appeared another wonder in heaven; and behold a great red dragon, having seven heads and ten horns, and seven crowns upon his heads. And his tail drew the third part of the stars of heaven, and did cast them to the earth: and the dragon stood before the woman which was ready to be delivered, for to devour her child as soon as it was born” (Revelation 12:3-4). Satan is the ruler of those seven heads! He wore the six crowns of the Holy Roman Empire, and he is about to wear the seventh. He is the real king of the beast (see Revelation 13:4).

He has the kind of power that led one third of the angels to rebel (Revelation 12:4). How much more he can do to puny men!

There is a spirit behind the many resurrections of the Holy Roman Empire that almost no one understands. But without this understanding, you cannot understand why this empire has endured for centuries and is again being revived by Europe’s leaders today. This empire has shaped the course of history as almost no other. Yet its ultimate destructive force is prophesied to be unleashed in the very near future.