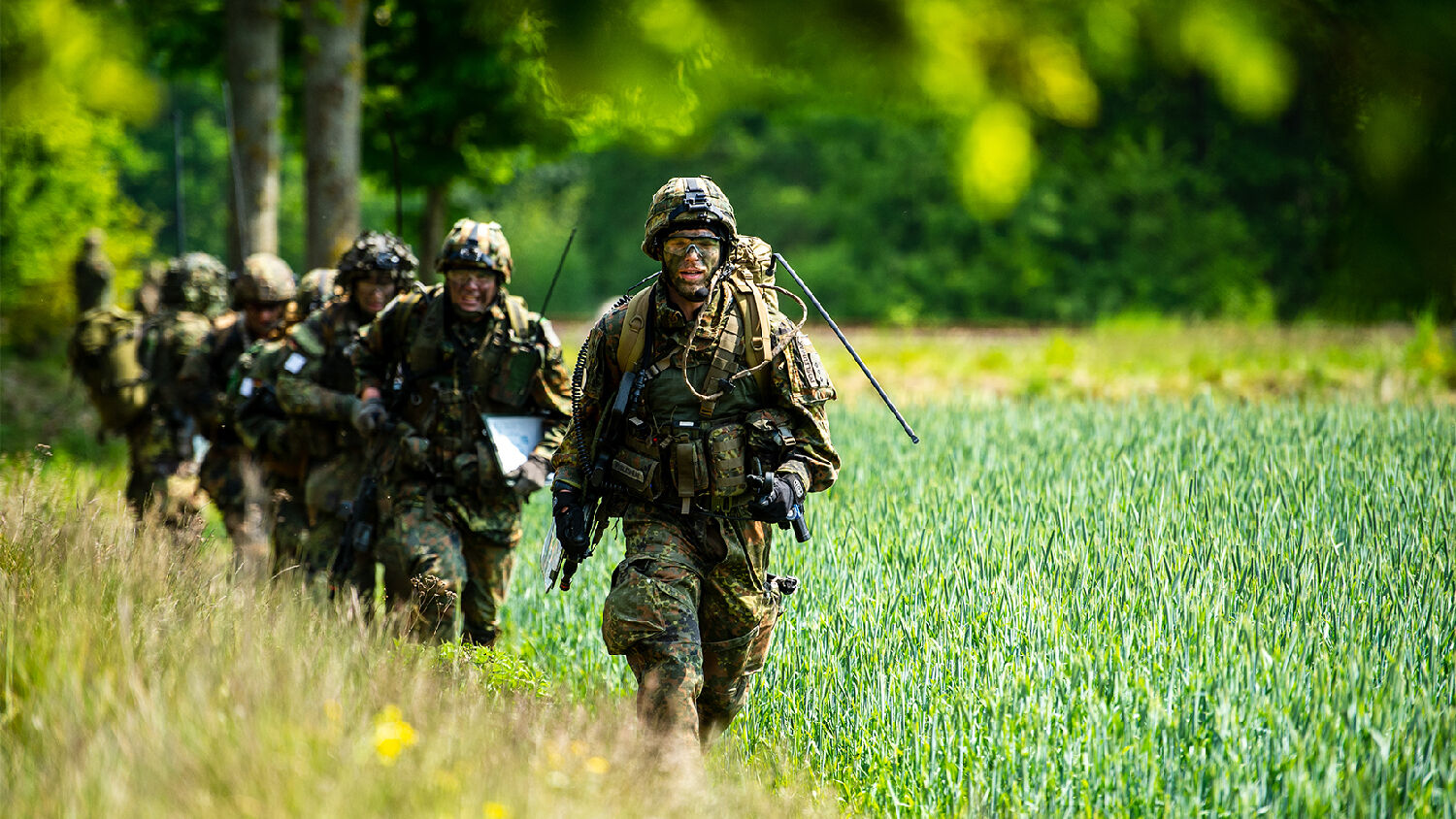 Military cooperation with Germany looks like a sign of peace. But it has an ominous side few consider.

Chiefs of staff belonging to the American and German armed forces signed a strategic statement in Wiesbaden, Germany, on October 24. The statement sets out a vision for American and German forces to reach unprecedented levels of cooperation both strategically and in the field. Hailed as a sign of goodwill, it obscures the concerning reality of trans-Atlantic relations.

Gen. James McConville of the U.S. and Lt. Gen. Jörg Vollmer of Germany signed the document in a ceremony at the Annual Conference of European Armies, held at the Headquarters of the U.S. Army in Europe. “Greater interoperability between the German and United States Armies is critical now as nato faces multiple threats along its borders,” states the document.

Officially named the Strategic Vision Statement, Defense News said the agreement is “an ambitious agenda premised on the idea that the two ground forces will be instrumental in keeping the peace in Europe.”

In context of the military, “interoperability” can mean many things. According to the rand Corporation, it can imply many different levels of cooperation. In this case, the U.S. and Germany are aiming for cooperation at the tactical level. This means German and U.S. forces will plan, work and fight side-by-side on the battlefield.

On the surface, this sounds like a good thing for allies to do. But as rand also notes, such close cooperation comes at a price. There are both political and financial concerns. Allowing a foreign nation to closely observe American tactics and technology carries risk. The German military will likely learn a lot about how dependent the U.S. is on satellites and computer networks. It will learn the exact tactics and procedures employed by American commanders. This can greatly help an ally, and it can be priceless information in the hands of an enemy.

America places great trust in Germany. It seems like a logical choice. As the U.S. State Department says, “[T]wo generations after reunification and in the face of Brexit, Germany is becoming the reluctant but inevitable major power in Europe.” Germany is beginning to “exercise its voice on global issues” but “has not yet fully accepted the responsibilities that come with its size and economic strength.”

As Defense News reported, the pact “suggests that the souring of political relations between Berlin and Washington has had little bearing on the armed forces.”

But the relationship between Germany and the United States has deteriorated over the past year. The fact that Germany’s foreign office felt it needed to put over a year of cultural events showcasing its cooperation with the U.S. shows that the relationship is strained. Though official channels like to say the partnership is alive and well, reality and politics do not bear this out. Germany and the U.S. disagree on everything from military spending to climate change.

But there is more danger than policy disputes. Could this seemingly warm relationship suddenly change?

The reason the Trumpet watches Germany is because the Bible contains numerous prophecies about its role in end-time events. One prophecy in the book of Ezekiel explains exactly why the U.S. is making a mistake by linking its forces to Germany.

Ezekiel 23 is about the modern nations of the U.S. and Britain, which are descendants of ancient Israel. (You can prove this by reading our free book The United States and Britain in Prophecy, by Herbert W. Armstrong.) It describes them as “lovers,” or allies, to the Assyrians, the ancestors of modern-day Germany.

This is exactly the situation today. The U.S. and Germany have been allies since World War ii ended. Though it has lasted many decades, no alliance is permanent.

Ezekiel 23 explains this heinous double-cross. Israel is represented by Aholah, and Judah (separated from Israel at that time) is Aholibah (verse 4). Israel (mainly the U.S. and Britain) and Judah (called Israel today) become lovers to the Assyrians, today’s Germans (verses 5-7, 11-12). God then delivers Israel and Judah into the hands of the Germans (verses 9, 22).

God is telling the U.S. that because it trusts in Germany more than in His power for protection, He will allow it to be taken captive by Germany during the worst time of suffering this world has ever seen, the Great Tribulation (Matthew 24:21).

The Strategic Vision Statement is yet another example of how much the U.S. trusts Germany. Indeed, Germany is a nation with admirable traits. It is renowned for many positive innovations, for strong work ethic, for unmatched efficiency. But all nations are also capable of great evil, as any student of history knows. The Bible warns that God will use modern-day Germany to correct the United States and Britain (Isaiah 10:5).

Yet through all this, the nations will finally get to know God. Germany and the U.S. will one day live in peace together.

If you would like to read more about this trend, read “Europe and America: They’ve Lost That Loving Feeling.”