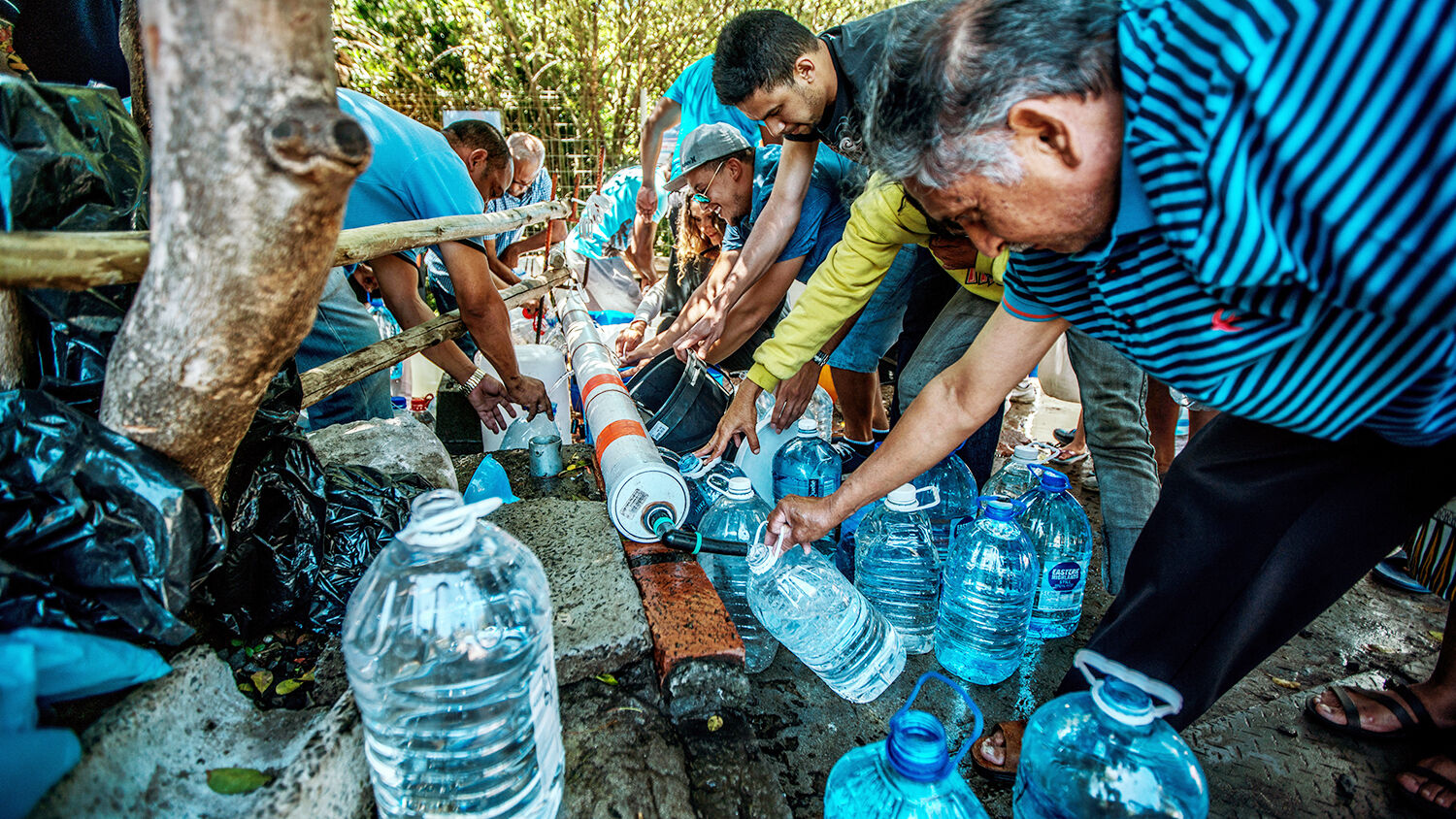 Taps are running dry as demand for water exceeds availability.

South Africa is in crisis as water taps run dry. Low rainfall and poor infrastructure have left thousands of people without water in the Eastern Cape province. Five villages have been without running water for three months. Livestock lie dead, crops have withered, and schools have closed. Residents are furious over the lack of government intervention.

One hydrology expert claims South Africa is in its worst drought in a thousand years.

“We are in a drought that has lasted for about 20 years in short term, 220 years in longer term, and it’s now going in for the worst drought in 1,000 years according to my records, so it means no human being or institution can be blamed for the fact that the dams are dry and the rivers are drying,” said Dr. Gideon Groenewald in an interview with enca.

Last year, Cape Town almost had to shut off taps to 4 million people. Rerouting fruit farm irrigation water into the city averted the disaster. It hurt South Africa’s orange farmers but prevented the rioting that city officials were expecting when taps ran dry.

South Africa’s Weather Service says the current dry season will persist until December. Then the nation may experience a temporary respite. Reservoir levels are lower in every province compared to the same time last year, which means that next year’s dry season will be more challenging unless the nation gets an unexpected amount of rain.

There are things South Africa’s government could do to better manage its water resources, but the main cause of this crisis is lack of rain.

The Bible contains many clear prophecies about droughts and famine that will affect the nations of Israel in this end time. Like the United States and Britain, South Africa was settled by descendants of ancient Israel. (For proof, request a free copy of our book The United States and Britain in Prophecy, by Herbert W. Armstrong.) God has a special and unique connection to the nations of Israel.

He promises His people “rain in due season” if they obey His commandments (Leviticus 26:3-4). He also promises to make “heaven as iron” and “earth as brass” if His laws are broken (verse 19). Droughts and famine are prophesied to become much more common until mankind learns this lesson (Joel 1:10-16; Matthew 24:7).

The Bible tells us why “natural” disasters occur and what we can do to prevent them: “If I shut up heaven that there be no rain, or if I command the locusts to devour the land, or if I send pestilence among my people; If my people, which are called by my name, shall humble themselves, and pray, and seek my face, and turn from their wicked ways; then will I hear from heaven, and will forgive their sin, and will heal their land” (2 Chronicles 7:13-14).

If nations embraced this truth, they would not have to fear crop failures, famines, droughts and the social turmoil that accompanies them.

For more information, read our free booklet Why ‘Natural’ Disasters?