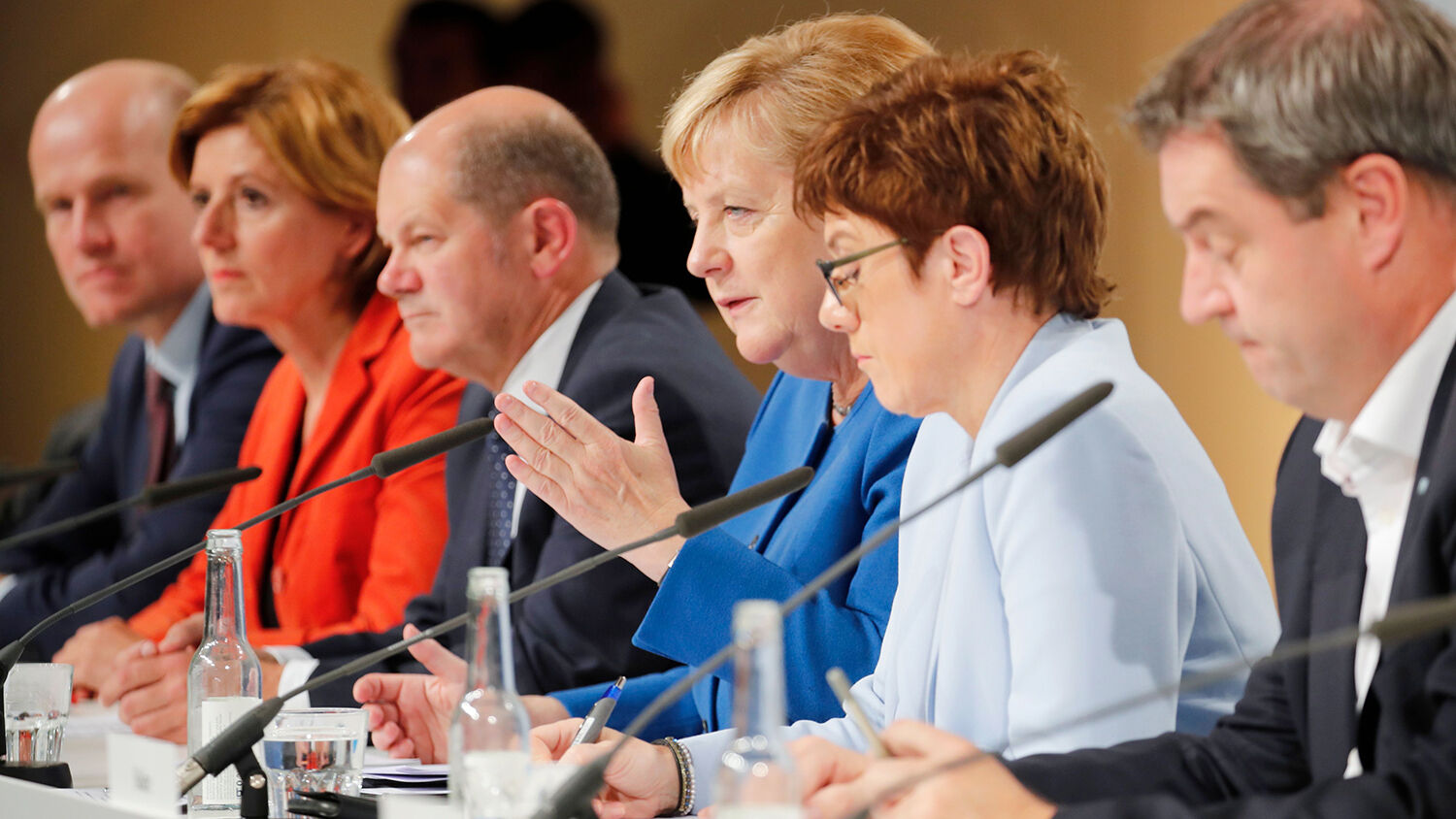 German Chancellor Angela Merkel and fellow members of Parliament attend a press conference after a climate committee meeting at the Futurium on September 20 in Berlin.
AXEL SCHMIDT/AFP/Getty Images

berlin, germany
The Berlin Wall fell 30 years ago. The wall not only divided friends and family, but it also hindered Germany’s growth for decades. Today, all that is left of the wall are pieces of rubble. And yet Berlin is once again divided.

The current division seems unsolvable. Families and friends are breaking apart. Progress within Germany is hindered. This time, however, the division is political in nature. Germany’s capital is in desperate need of someone to bring unity.

Within Germany’s parliament, meetings are filled with disputes. The refugee crises has caused a far-right party, with whom no one wants to cooperate, to gain seats within parliament. Climate change protests have urged politicians to pass new policies. But these new policies upset many others. Wars in the Middle East demand actions that the majority opposes. Brexit requires answers that no one can agree on. The German parliament is fraught with disunity.

Germany’s leadership is divided. The grand coalition, consisting of the Christian and Social Democrats, is about to break apart. Additionally, German Chancellor Angela Merkel’s term is coming to an end, and her party is disputing who her successor will be.

In the midst of all this division, a strong, authoritative leader will soon come on the scene. There is one man whom we at the Trumpet expect to take advantage of the division and unite Germany under his leadership: Karl-Theodor zu Guttenberg.

Guttenberg speaks with authority. He is unfazed by others’ opposing views. And he laments inaction. Most recently, Germany’s media disputed Defense Minister Annegret Kramp-Karrenbauer’s call to send troops to Syria. Even though many opposed her suggestion, Guttenberg said it should have been done much earlier and told critics to keep silent.

Germany needs such strong leadership to overcome its division. Bible prophecy clearly shows that it will get such a leader. (For detailed proof, request our free booklet A Strong German Leader Is Imminent, by Trumpet editor in chief Gerald Flurry.)

In “Germany—A New King Is Imminent,” Mr. Flurry explained what the Bible reveals about this strongman leader:

Daniel prophesies that a strong leader will rise to power in Europe, or what is termed in Daniel 11:40 “the king of the north.” “And in the latter time of their kingdom, when the transgressors are come to the full, a king of fierce countenance, and understanding dark sentences, shall stand up” (Daniel 8:23). God calls this leader “a king.” Again, this man leads “the king of the north,” this European superpower. …

Germany’s political division is leading directly to the fulfillment of the coming of this prophesied king. As the division grows, watch for one man to enter the scene and take over Germany with a strong hand. Request a free copy of A Strong German Leader Is Imminent and Daniel Unlocks Revelation, by Gerald Flurry, to provide insight into what God says about this subject.