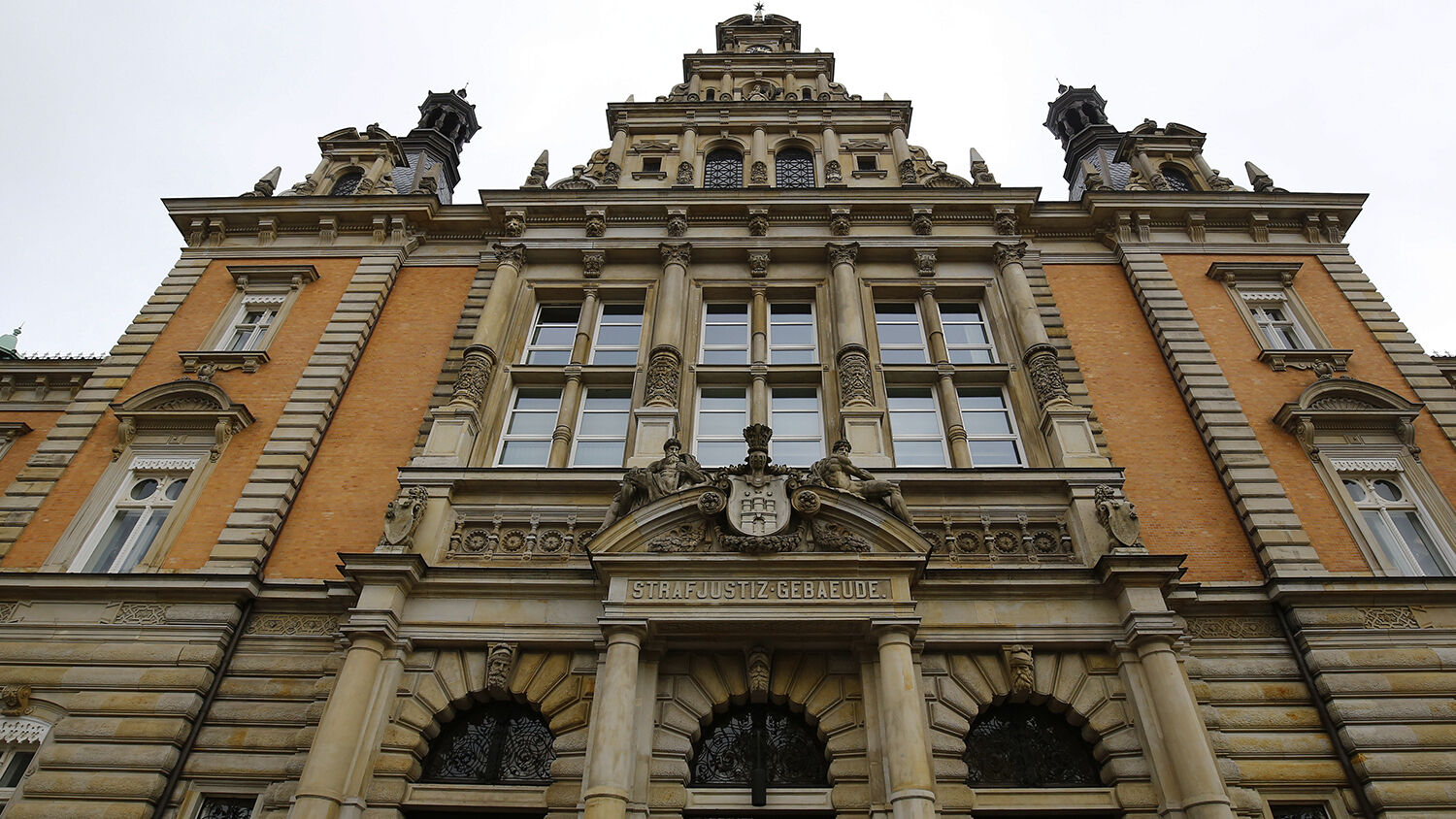 The court building in Hamburg, Germany, is seen on October 17, the first day of the trial of 93-year-old Bruno D. for his role as a guard at the World War ii Nazi Stutthof concentration camp.
Morris MacMatzen/Getty Images

A court case in Hamburg reminiscent of Germany’s dark past

hamburg, germany
An ongoing trial in Hamburg brings Germany’s dark past to mind. The trial deals with a case many decades past. Ninety-three-year-old Bruno D. is accused of having contributed to the death of more than 5,000 people in a concentration camp during World War ii. The trial has chilling resonance and relevance as Germany is again experiencing a surge in anti-Semitism.

Bruno D. started serving as a concentration camp guard when he was just 17 years old. I had not heard much of his case before I came to Hamburg, where 60 journalists are following the hearing directly and keeping the public informed.

Though it involves events over seven decades old, the case is only now being tried because investigations recently broadened to include those who contributed indirectly to the killing of predominantly Jewish captives. Bruno D. is accused of willingly supporting the death of thousands.

Bruno D, a former guard at a concentration camp who is accused of being an accessory to 5,230 murders in the final months of World War Two, appears before a court in what could be one of Germany’s last trials of Nazi war crimes https://t.co/ABVRu9bRR9 pic.twitter.com/TS7yeFIVaz

How did it come to the point where a 17-year-old became involved in what we today remember as one of history’s greatest crimes?

This case offers a glimpse at a society in which hatred dominated people’s lives and motivated deadly actions. Within the society in which Bruno came of age, such jobs were commonplace. It was a time when fear and hatred motivated mass murders. Thousands of young people were drawn into war and put into positions where they murdered young and old. Some certainly felt they had no choice. Others were thrilled to be part of the Reich’s program.

But it started small, perhaps by hearing prejudices about Jews—and from there the hatred grew. In time, one had to be afraid to speak favorably of Jews. Then a vociferous minority drove a majority to acts of unspeakable evil.

But does this belong only to a time long gone?

Hate crimes against Jews in Europe are again on the rise, and those who support Jews are also often attacked. At this point, such crimes are limited to a few thousand a year. However, the Jewish World Congress conducted a survey over the last 2½ months to learn how deeply rooted in German society anti-Semitism really is. After surveying 1,300 participants, they concluded that as many as every fourth German harbors an anti-Semitic worldview.

We see the fruits of this mindset in today’s society. Earlier this month, a right-wing extremist tried to burn down a synagogue in Halle, Germany. He found his inspiration online, where thousands spread their hatred against Jews. Though his plot failed and he killed only two people, his act revealed that many extremists are underground and ready to act.

Fully 41 percent of the Germans surveyed believe that Jews speak too much about the Holocaust. Is that horrific history really something that should be buried? Or have we yet to learn from it?

In Germany and the Holy Roman Empire, Trumpet editor in chief Gerald Flurry explains in detail why anti-Semitism is still prevalent in Germany today—and where it will lead. Numerous Bible prophecies show that Germany will yet again try to wipe out the Jewish people. There may be only a few thousand today who directly advocate such a measure, but the Bible reveals that the nation’s army will soon march against “the holy people” to destroy them (Daniel 8:24).

Germany’s warlike history has not yet seen its final chapter.

This prophesied calamity will only occur because the end-time nations of Israel refuse to repent of their rebellion against Him. Hosea 6:1 shows that upon their repentance, God will heal their wounds and restore true joy to all mankind. Request your free copy of Germany and the Holy Roman Empire to learn how history will repeat itself, and how God will finally intervene to bring peace to mankind.