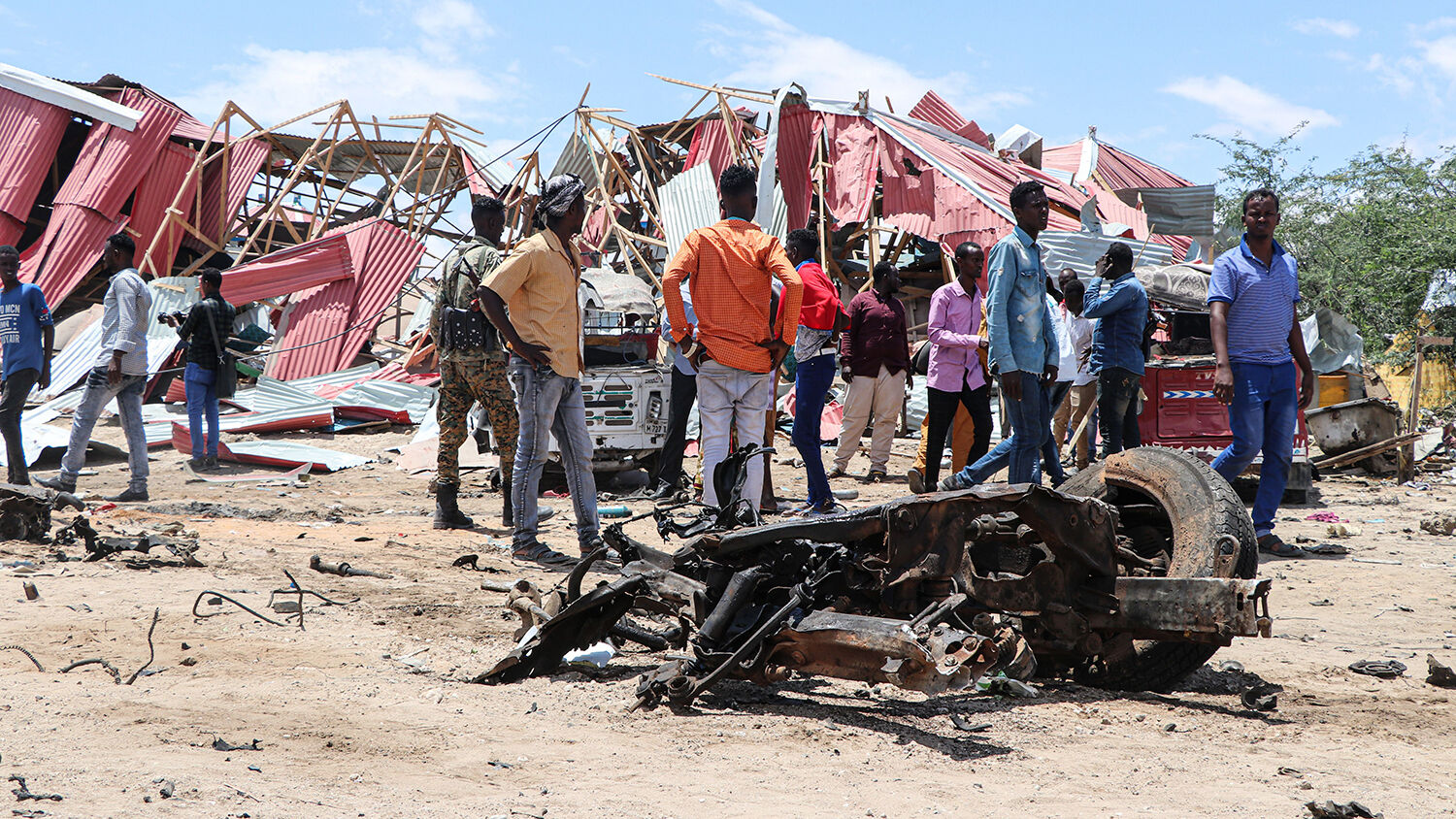 Bystanders gather at the site of a suicide car bomb explosion that targeted an EU vehicle convoy in Mogadishu, Somalia, on September 30.
ABDIRAZAK HUSSEIN FARAH/AFP/Getty Images

Iran is not letting go of North Africa without a fight. And it’s going to get one.

At least 25 people have died and more than 60 are missing in Mali after an al Qaeda affiliate attacked two military bases on September 30. On the same day in Somalia, militants detonated a car bomb beside an Italian convoy; others attempted to blast their way into an American drone base. The attacks reveal radical Islam’s persistent threat to European interests in North Africa.

The attacks in Mali occurred at two military bases: Boulikessi and Mondoro. Boulikessi is owned by the G-5 Sahel force, an alliance of Burkina Faso, Chad, Mali, Mauritania and Niger fighting terrorism in North Africa. It receives funds, training and military support from the European Union. Mondoro is owned by the Malian Army.

The attacks crippled the Mondoro base, where militants burned 22 vehicles, piles of ammunition, and half the weapons at the base. When Malian troops withdrew, assailants made off with two vans full of ammunition, along with two camels and 12 cows.

Gen. Oumarou Namatou Gazama, of the G-5 Sahel, blamed the al Qaeda-linked terrorist group Ansarul Islam for the attack in Boulikessi. Reinforcements arrived and retook the base the same day. French troops involved with Operation Barkhane supported the pursuit and counterattack that followed.

In Somalia, the attacks were less successful but sent a definite message.

Al-Shabaab claimed responsibility for attacks against Baledogle airfield, an American military base supporting drone strikes. Militants detonated a car bomb outside the gate and fired at the complex, but their assault was repelled. Ten terrorists died.

In Mogadishu itself, al-Shabaab terrorists drove a car loaded with explosives into an Italian military convoy and detonated it, damaging an armored vehicle. Italian forces have been patrolling Mogadishu and supporting government forces under EU Training Mission Somalia.

Both attacks failed to injure American or European forces. But the message was clear: Radical Islam is not giving up North Africa.

According to data from the Foundation for Defense of Democracies, American drone strikes in Somalia have increased notably under United States President Donald Trump. There were 15 in 2016, compared to 47 in 2018. This year, there have already been 35.

Radical Islam will not easily give up its fight for control of North Africa. But neither will Europe. Somalia borders the vital Gulf of Aden, which leads into the Red Sea and the Suez Canal. Mali is vital because it shares a long border with Algeria, a major transit country for refugees. If radical Islam gains a stronghold there, Europe will become more vulnerable to jihadist ambitions.

Trumpet editor in chief Gerald Flurry has drawn attention to North Africa’s struggle with terrorism many times. In his article “Watch Algeria!” he warned, “Northern Africa is turning into a battleground with enormously important prophetic implications.” The Trumpet closely watches events in this unstable region because they relate directly to Bible prophecy.

“And at the time of the end shall the king of the south push at him: and the king of the north shall come against him like a whirlwind, with chariots, and with horsemen, and with many ships; and he shall enter into the countries, and shall overflow and pass over” (Daniel 11:40). Mr. Flurry’s free booklet The King of the South proves that this refers to radical Islam, led by Iran, provoking a united, German-led Europe, known as “the king of the north.” The result of Iran’s pushing is war.

This prophecy describes radical Islam’s nature, which we see on display today. It pushes to see how much damage it can do and what it can get away with. Terrorist attacks in North Africa are a test of Europe’s resolve. Bible prophecy makes clear that Europe will soon respond to those attacks with more than just a small military presence and verbal condemnation.

How will Europe, led by Germany, come against the Iranian-backed terrorists? Mr. Flurry explains in The King of the South:

… Germany responds with a “whirlwind” attack. This one word prophesies how the German-led clash with Iran is going to unfold. It reveals in detail what is about to happen in the Middle East—and in Africa, southwest Asia and Europe. …

This scripture [Isaiah 40:9] describes a time when Germany’s Catholic empire will wage all-out war, throwing everything it has at radical Islam—and dominating it like a violent flood pouring in! …

Berlin will not be able to overwhelm Tehran in the near future unless it is working on a special strategy right now.

Look at a map of Germany’s military presence in Africa and the Middle East, and it becomes clear that this prophecy is being fulfilled in detail right now.

Mali, Somalia and other North Africa nations are vital for the European strategy to extuniguish radical Islam. Right now, Europe is trying to slow down radical Islam. But your Bible warns that the EU will soon attack it head-on.

A resurgent Europe will not just attack Iran and its terrorist proxies; it will plunge this world into violence on a scale never seen before (Matthew 24:21-22). To get the full picture of how Islamic terrorism against European interests will ignite the events prophesied in Scripture, order a free copy of our booklet The King of the South, by Gerald Flurry.