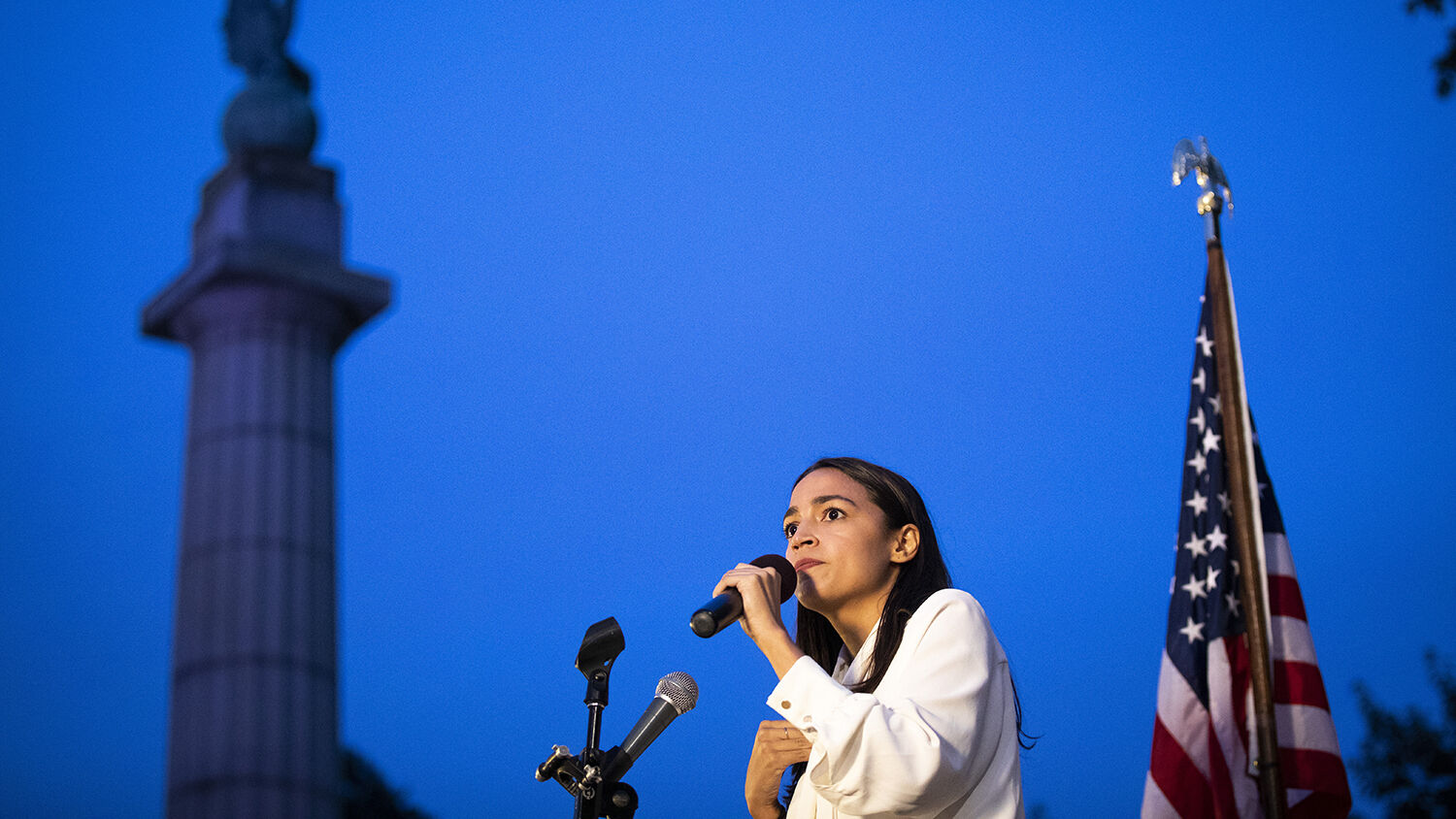 First, she says, “a just society recognizes and eradicates poverty.” This bill seeks to update official poverty guidelines to account for costs related to geographic variation, health insurance, child care and “new necessities” like Internet access. It will make more people eligible for welfare programs. Second, “a just society creates a place to prosper.” This bill would “protect low-income tenants and rein in corporate landlords.” Among other initiatives, it creates an access-to-counsel fund for renters facing eviction and imposes a 3 percent national cap on annual rent increases.

Third and fourth, “a just society is merciful,” and “a just society embraces our immigrants.” These two bills would ensure no one can be denied any federal public benefit solely because of a criminal conviction or immigration status. Fifth, “a just society uplifts our workers.” This bill would favor federal contractors that score highly in factors like paid family leave, scheduling predictability, hourly wage and union membership.

Finally, “a just society guarantees the economic, social and cultural rights of all.” She wants the U.S. to ratify a United Nations covenant recognizing “the right to just and favorable conditions of work, the right to form trade unions, the right to adequate food, clothing, housing, and the right to the enjoyment of the highest attainable standard of physical and mental health.”

Exclusive: @AOC is rolling out her most ambitious legislative package since the Green New Deal pic.twitter.com/NS63UhhFQi

These bills sound well meaning. In this explanatory video, the individuals who would benefit seem sincere, voicing legitimate problems that need attention.

But to believe that these bills would actually solve problems, you must ignore several realities. Ocasio-Cortez says our prosperity carries with it the responsibility to guarantee these “rights”—yet these bills say nothing about how our prosperity will actually pay for any of it. And they mirror policies that have helped impoverish other nations. Mandating that the government provide welfare benefits to illegal immigrants would encourage more such immigration and create untold cost and administrative bloating in these benefit programs. Rent controls are a proven disaster: They produce housing shortages, declining living standards and other economic distortions (Swedish economist Assar Lindbeck, former Nobel Prize committee chair, famously said rent control is “the best way to destroy a city, other than bombing”). Just what does it mean to task the government with guaranteeing “the highest attainable standard of physical and mental health”? The questions raised are legion.

Politicians and leaders have always been adept at identifying problems—and always believe themselves up to the challenge of solving them. But this faith requires ignoring human nature and ignoring history. Ocasio-Cortez says “a just society recognizes and eradicates poverty.” Yet no society in human history has successfully eradicated poverty. Jesus Christ Himself said, “[Y]e have the poor always with you” (Matthew 26:11).

Fueled by misguided faith in the government’s ability to rectify injustice and resolve inequality, leaders’ proposals always involve increasing the government’s size and reach into individuals’ lives. And while the problems stubbornly refuse to go away, the government predictably and persistently grows more powerful and authoritarian.

The more fundamental problem with such proposals, though, is that they directly break God’s law. Study God’s law regarding governance, economics and welfare, and you see that God’s solutions to these problems are virtually the opposite of those in this “just society” package. His law encourages individual responsibility, and personal family and community generosity toward the disadvantaged rather than centralized welfare programs. It is far less intrusive, and far more interested in the prosperity and happiness of the people. It facilitates wealth creation rather than interfering with it. You can read details about these laws here.

The problems in society cannot be solved by people ignoring God’s law and devising their own solutions, however well intentioned or plausible. There is a way that seems right, Proverbs 14:12 says, but that ends in death. What seems compassionate actually hurts the person it is meant to help, making him dependent rather than responsible and capable.

Proverbs 12:15 says, “The way of a fool is right in his own eyes ….” Anyone who doesn’t realize how much we need God, God calls a fool.

Our world is full of people “ignorant of God’s righteousness, and going about to establish their own righteousness”—people who “have not submitted themselves unto the righteousness of God” (Romans 10:3). Mankind needs more humility to accept God’s solutions, which alone lead to prosperity and a truly “just society.”