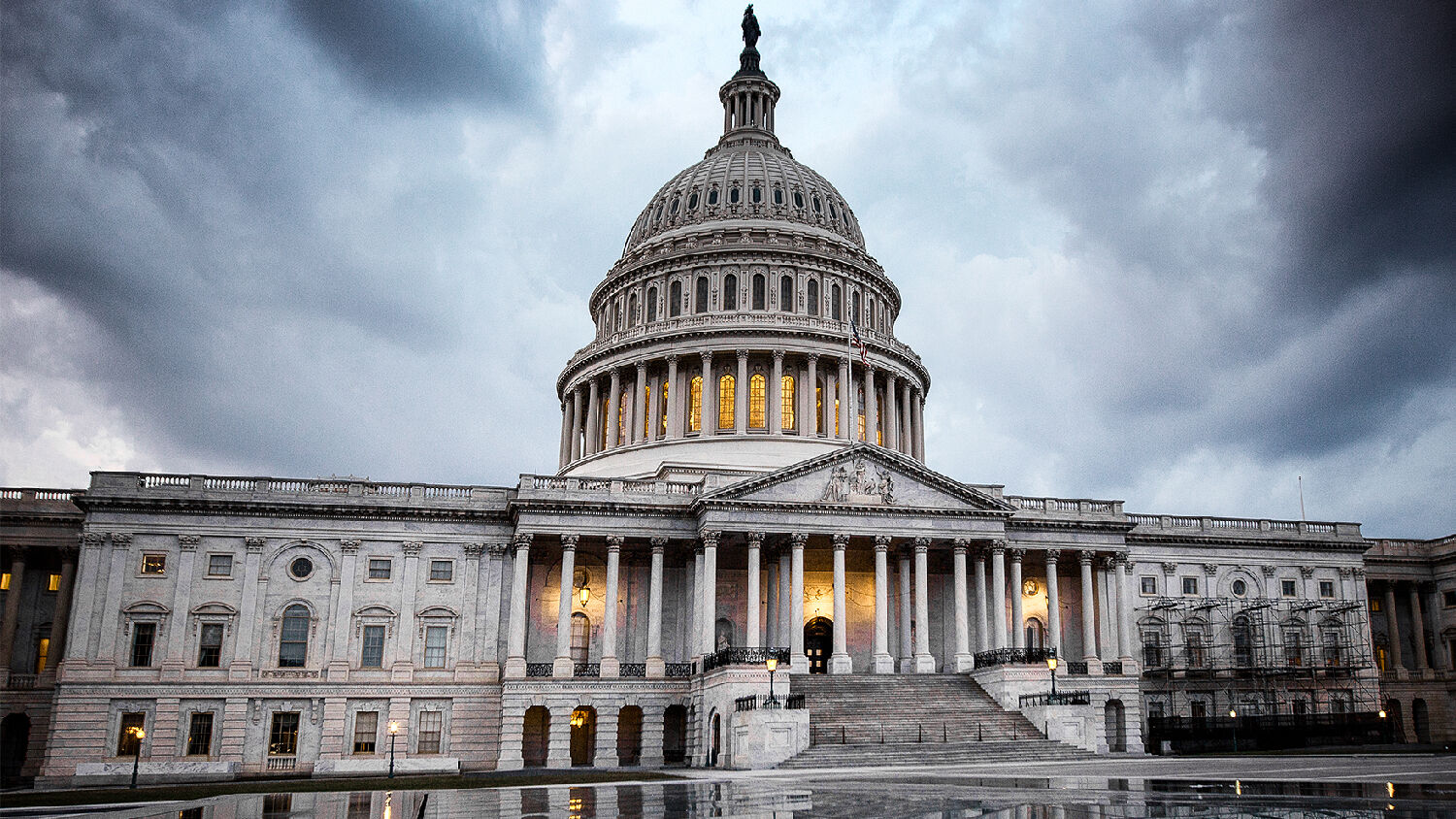 It has been another huge week for the United States, Britain and the State of Israel. U.S. President Donald Trump drew closer than ever to being impeached, British Prime Minister Boris Johnson received a crushing blow from Britain’s Supreme Court, and Israeli Prime Minister Benjamin Netanyahu was given the first shot at forming a new government.

Each of these developments by themselves is a major story. But I want to take a panoramic view and consider all three together. It is remarkable that America, Britain and Israel are all experiencing extraordinary events simultaneously, and that all three are struggling with exactly the same crises. How do you explain this?

First, let’s try and capture the magnitude of what we are witnessing. It is an understatement to say that these countries are in extreme political crisis. The term “crisis” suggests a momentary or passing event; it implies an eventual return to normalcy. But normal has been irreparably broken. The problems plaguing these nations are now institutional. They are so deeply rooted that they are incurable, at least by man. They are terminal.

The crises these nations face essentially revolve around law and government. Some think the problems lay solely with the leaders of these nations. They believe that if Donald Trump, Boris Johnson and Benjamin Netanyahu were vanquished, the problems would go away. This is superficial thinking. The controversy that surrounds these men is a function of a much deeper problem.

America, Britain and Israel are experiencing an acute and highly destructive identity crisis. Think about some of the issues plaguing these nations. In America, immigration, gun control and the role of the government are some of the primary issues. In Britain, it is Brexit. In Israel, it is the Palestinian issue and the role of religion in society. With each issue, there is a fundamental conflict between the past and the present, between tradition and progressivism, and in many instances, between established law and morality and reformist ideologies and practices.

This assault on tradition is led by the radical left, which today brandishes unprecedented power and influence in all three nations. It dictates the news cycles, blaring its message via powerful media networks like cnn, bbc and Israel’s Channel 12, and in culture-shaping newspapers such as the New York Times, the Guardian and Haaretz. Culturally, radical-leftist views on marriage, family, sex, race and gender are now deeply interwoven into the muscles and sinews of society.

Politically, socialist politicians and ideologies dominate the political left, especially in America and Britain. The Democratic Party in America has been hijacked by radicals like Sen. Elizabeth Warren and Congresswoman Alexandria Ocasio-Cortez. In Britain, Jeremy Corbyn, John McDonnell and Diane Abbot—top leaders in the Labour Party, the United Kingdom’s second-largest party—are hardcore socialists (many would even call them Communists).

In America and Britain, especially, the radical left controls key institutions, such as education and health care. In all three nations, the radical left has hijacked, to varying degrees, the justice and legislative systems. (Donald Trump has had some success bringing these to heel.)

This truth was made plain in Britain on Tuesday, when 11 unelected, activist judges determined that Prime Minister Johnson’s proroguing of Parliament was unlawful, overruling even the Queen. This historic decision by the court was a scandalous attack on Britain’s unwritten constitution. “This is a seismic constitutional shift in the United Kingdom, if not an unglorious revolution,” wrote Adrian Hilton. “What we have seen emerge via this judgment is a borderline tyrannical layer in British politics,” wrote Spiked editor Brendan O’Neil. (For more detailed information on this historic occurrence, read Richard Palmer’s article on this subject.)

In Israel, a similar tension exists between the government and the judicial system, which has been accused of operating like a “deep state” to undermine government policy. Many in Israel, including Caroline Glick and Prof. Alan Dershowitz, have questioned the dubious nature of the indictments made by Attorney General Avichai Mandelblit against Prime Minister Netanyahu.

America’s radical left wants to dismantle the defining pillars of the nation, most especially the Constitution. It rejects the belief that the nation is exceptional and says America was founded on racism. It despises religion, religious freedom and traditional morality; it hates America’s forefathers and the nation’s traditions. It hates the rule of law. And it detests Donald Trump because he loves and defends, to varying degrees, many of the national characteristics and institutions they so passionately hate.

In Britain, the radical left hates the thought of leaving the European Union. Many of these “little Englanders,” as Winston Churchill would have called them, despise the British Empire and all that it did for humanity. They are repulsed by Britain’s colonial history and by British tradition and institutions, such as the monarchy, the Anglican Church and Parliament. The radical left hates Boris Johnson because he appears to want to execute the will of the majority of the British public and leave the EU. Mr. Johnson believes in Britain, and this drives the radical left mad.

In Israel, the radical left believes the modern State of Israel was created in sin and is abusing its power over Palestinians (and others). It seeks peace through negotiation and compromise, even though the Palestinians routinely declare that they have no interest in negotiation or compromise. The radical left hates Benjamin Netanyahu because he is a symbol of a strong, independent nation that is proud of both its ancient and modern history.

This is not to suggest Donald Trump, Boris Johnson and Benjamin Netanyahu, nor the political parties or ideologies they champion, are perfect. These men and their politics are not even close to ideal. But the radical left has a special hatred for tradition, for conservative morality and beliefs, and for the rule of law.

These are deeply disturbing trends that we at the Trumpet have been watching for years. In his free booklet Great Again, Trumpet editor in chief Gerald Flurry writes, “Do you have a favorable view of the Founding Fathers, the Constitution, separation of powers, rule of law, Manifest Destiny, freedom of religion, freedom of speech, free-market economy, and America’s role in World Wars i and ii? If you do, then surely you are deeply alarmed by the state of America today. All of these pillars of American history and identity are being vilified and destroyed.” The same is happening in Britain and Israel.

America, Britain and Israel do, in fact, all have a powerful, violent radical-left deep state. These people are lawless. They have no respect for custom or convention, or justice and due process. They very often have no time for facts or evidence. Think again: What does it mean that America, britain and Israel all have a deadly deep state?

One of the Trumpet’s pillar tenets is the belief that America, Britain and Israel are the end-time descendants of Jacob’s sons Joseph and Judah. We teach that America and Britain are the direct descendants of Joseph’s sons Ephraim and Manasseh, and that the State of Israel is descended from Judah, Joseph’s brother. This teaching is easily proved in the Bible and in secular history. (For a detailed explanation, request a free copy of The United States and Britain in Prophecy, by Herbert W. Armstrong.)

More than ever, the biblical identity of these nations is also proved by current events. It is not coincidence that these three nations are all cursed with a lawless deep state!

America, Britain and Israel all have a long and special history with God. This history stretches across 3,500 years and began with the patriarch Abraham. But these nations have forgotten that history and are rejecting the truth and knowledge given to them by God. This is one reason why they are simultaneously experiencing the same problems. They are experiencing the consequences of rejecting God!

Consider the prophecy in Hosea 5:5: “And the pride of Israel doth testify to his face: therefore shall Israel and Ephraim fall in their iniquity; Judah also shall fall with them.” This is an end-time prophecy about the fall of America, Britain and Israel—it says specifically that they will all fall generally at the same time.

But there is even more going on here than a hate-filled radical left trying to destroy their nations. The Bible says that a powerful spirit force is influencing their actions. In his booklets America Under Attack and Great Again, Mr. Flurry explains a prophecy in Revelation 12 that says Satan the devil has been cast down to this Earth and is attacking these three nations. The fact that these nations have a history with God makes them a primary target of the devil.

Notice what Mr. Flurry writes in America Under Attack: “When Satan was cast down, he immediately went after spiritual Israel [God’s Church]. That was his first target. But he didn’t stop there. After that, he directed his attack against physical Israel. Who is that? Specifically, it is three of the modern nations that descended from the biblical nation of Israel—chiefly the United States, Britain and the Jewish state. … This is a big goal of the devil and his demons: They are out to bring Israel down, whether spiritual or physical Israel. What happened in that church shows you something of a blueprint for what Satan began to do in these nations.”

Look at the blind, unrestrained, entirely irrational rage of the radical left—that is the mind of Satan the devil.

This is a hard message to hear. And it might sound peculiar, especially if you haven’t studied into these prophecies. These are peculiar times! But before you discard this message, I encourage you to study Great Again and America Under Attack. Only the Bible can explain what is happening in the world.

When you step back and consider what is happening in America, Britain and Israel with an open mind, you see tremendous opportunity and hope. The fact that these countries are experiencing almost exactly the same trends proves the biblical teaching that these three nations are related and that they have a special history with God. Events unfolding in these nations prove Bible prophecy and prove the veracity of the Bible. The fulfillment of Bible prophecy proves God is real.

How wonderful is that? The events unfolding in America, Britain and the Jewish state will lead you to salvation—even if right now you aren’t certain God exists, or if the Bible is His Word.