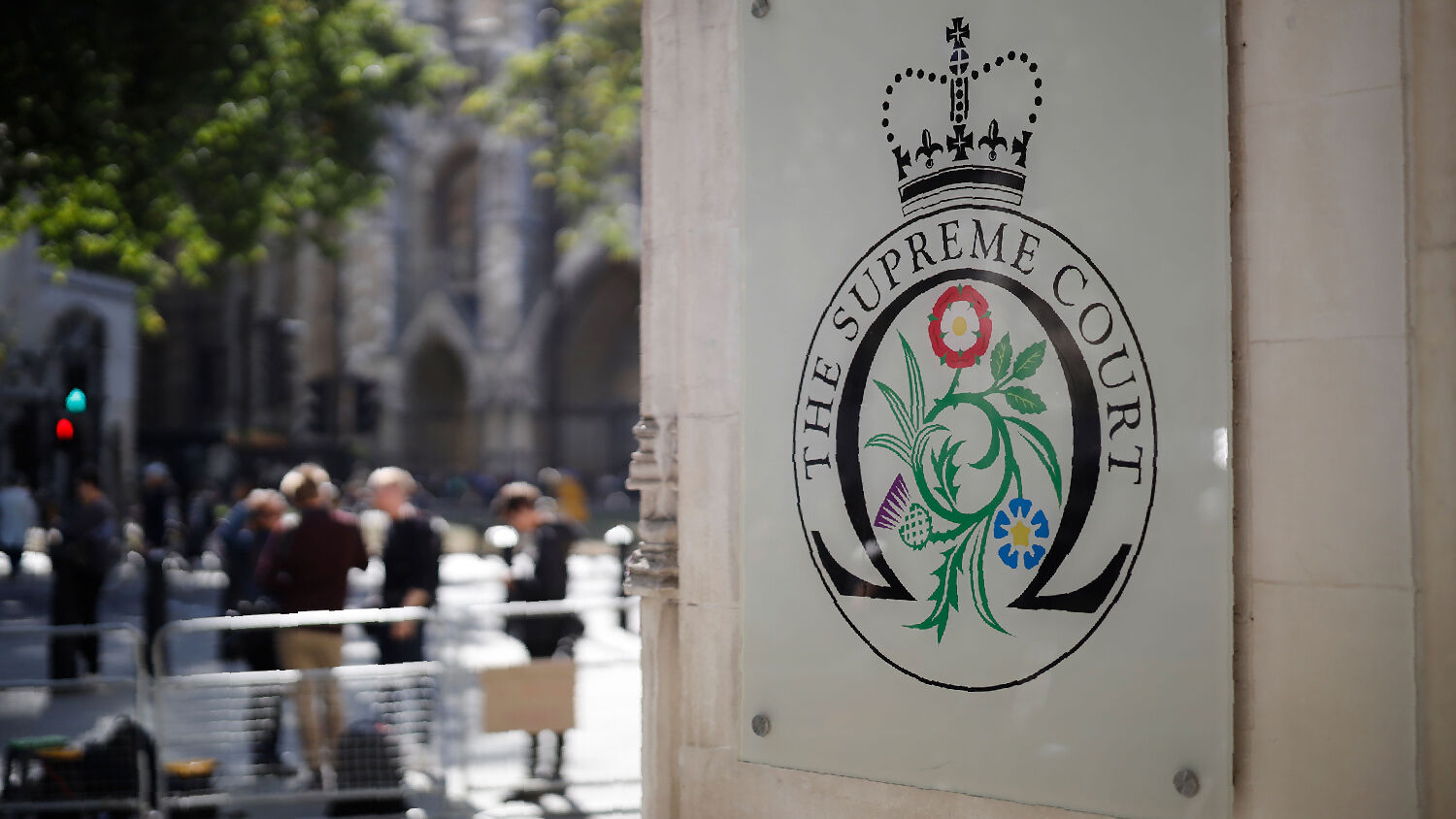 Does the Queen still rule Great Britain? Or is it now a panel of judges?

Who rules the United Kingdom?

The answer to that question changed today. A group of unelected judges, with no democratic oversight to their appointment, have appointed themselves the ultimate rulers of the UK.

The UK’s Supreme Court apparently discovered a new law that limits how long Parliament can be suspended.

That new law, in itself, may not be significant. But the fact that the Supreme Court has taken to itself the power to make such a law is. They have overruled the government and even the Queen. Britain’s constitution was rewritten today—just to stop Brexit.

The courts had no problem with any of this. But now, Britain’s membership within the European Union is on the line. The British people voted to leave the EU on June 23, 2016. In the aftermath of the referendum, Parliament reluctantly also voted to leave. But now enough time has passed that a majority in Parliament think they have a chance to stop Brexit. The government could prorogue, or suspend, Parliament to try and thwart this, and implement the will of the people. But the Supreme Court has now “discovered” new restrictions on prorogation.

The court’s ruling will make it easier for Parliament to stop Brexit. But the overturning of the British constitution is the bigger issue.

“No example of the court controlling prorogation of Parliament can be found in this country—or in any common-law country. Until today,” wrote Charles Day for the Spectator. Britain now has an American-style Supreme Court that involves itself with the biggest political issues of the day—but without America’s political oversight of the selection of judges.

It’s not only pro-Brexiters pointing to the scale of what has happened. Channel 4’s Fact Check stated, “[T]he experts we’ve spoken to are unanimous: Today’s ruling is massive.” Prof. Tom Poole of the London School of Economics told the UK-based news source, “I can’t think of a bigger UK constitutional law case.”

This isn’t the only constitutional “innovation” to come out of Brexit.

Speaker of the House of Commons John Bercow has played fast and loose with the British constitution, dismissing rules of procedure as merely guidelines and saying that he will not be “guided by precedent.” All in the name of Brexit.

John Rentow, chief political commentator for the Independent, wrote: “One of the solid constitutional principles of the 20th and early 21st centuries is that the government controls the parliamentary timetable and therefore the right to initiate laws.” Mr. Bercow wrenched that control away from the government.

Prorogation was one of the only tools the government had to fight back and restore its constitutional powers. By striking that down, the pro-EU judges have sided with a pro-EU speaker of the House of Commons, a pro-EU civil services, and a pro-EU Parliament to try and stop Brexit—all the while cheered on by a pro-EU bbc.

Anti-Brexiters are so desperate to keep Britain in the EU that they risk making big changes to the constitution, with unpredictable outcomes.

The Queen is the one who prorogued Parliament based on the advice of her prime minister. With the court declaring this order “unlawful, void and of no effect,” can they now do the same to other acts of the crown? Adrian Hilton wrote on his Archbishop Cranmer blog, “Her Majesty’s constitutional powers to advise and warn her prime minister, or even in extremis to refuse his or her advice, are now subject to the judgments of the Supreme Court. If the Queen wills it, the Supreme Court can unwill it. If the Queen does not will it, the Supreme Court can oblige her to will it. The orders of the monarch are justiciable.”

“This is a seismic constitutional shift in the United Kingdom, if not an unglorious revolution,” he wrote. “We are now ruled by 11 justices of the Supreme Court—unelected, unaccountable and unimpeachable. In the twilight years of the happiest and longest reign in British history, the crown has become a constitutional bauble.”

“What we have seen emerge via this judgment is a borderline tyrannical layer in British politics,” wrote Spiked editor Brendan O’Neil. “A layer that stands above everyone and everything, including the government itself. A layer of unrepresentative, unaccountable individuals who have now presumed the authority to strike down actual government decisions.”

“This judgement is a disaster for law and for politics,” he wrote. “It’s bad for law because it will convince many more people that the law has become a political instrument, wielded by the wealthy to achieve openly political ends that they failed to achieve in the public, democratic sphere. And it is bad for politics because it points to the formation of a new politicized but untouchable elite which has power over the entire nation and everyone in it.”

This is the real consequence of today’s vote. Brexit can still move forward. Prime Minister Boris Johnson still has ways to get Britain out of the EU. But moving on from here, the risk of these judges stepping in will always be an issue.

Supporters of the judges have pointed out that the ruling was done carefully. Their judgment stresses that they don’t tread into this new territory lightly. But even if the first step toward a new constitution was tentative, we should still be worried about the destination.

Pro-EU elites are changing the way Britain is governed to get their way and overrule the 2016 referendum. With this kind of all-out war—where one side is willing to ignore the constitution, law and traditional restraints to override the will of the voter—Britain is walking down the same path as the United States.

There is a critical cause behind this trend, this attack on Britain, the U.S. and the power of the monarchy.

Trumpet editor in chief Gerald Flurry discusses this trend in his booklet Great Again. He writes: “Do you have a favorable view of the Founding Fathers, the Constitution, separation of powers, rule of law, Manifest Destiny, freedom of religion, freedom of speech, free-market economy, and America’s role in World Wars i and ii? If you do, then surely you are deeply alarmed by the state of America today. All of these pillars of American history and identity are being vilified and destroyed.”

It’s the same in the UK. During the Supreme Court ruling, Britain’s Labour Party was holding its party conference. A YouGov poll of 1,000 attendees found that 66 percent said they were ashamed of Britain’s history over the last 300 years, with only 23 percent saying they were proud. That history includes defeating the greatest threats of global tyranny, leading the way in abolishing slavery around the world, and eliminating barbaric customs, such as the forced suicide of widows when their husbands die. And yet two thirds are ashamed.

“There is a spiritual dimension to America’s decline that most people do not see,” writes Mr. Flurry. “The crisis facing this nation is not because of a bad president! The cause is far deeper. But most people are unwilling to face it.”

Again, it’s the same in the UK. It would be tempting to blame it all on the EU. But the cause is not Europe or the Brexit vote.

We are in uncharted territory in both countries. And if you care about your country, or the state of the world in general, you need to know why.

Our free booklet Great Again will give you that answer. You can read it online or order your free copy here.